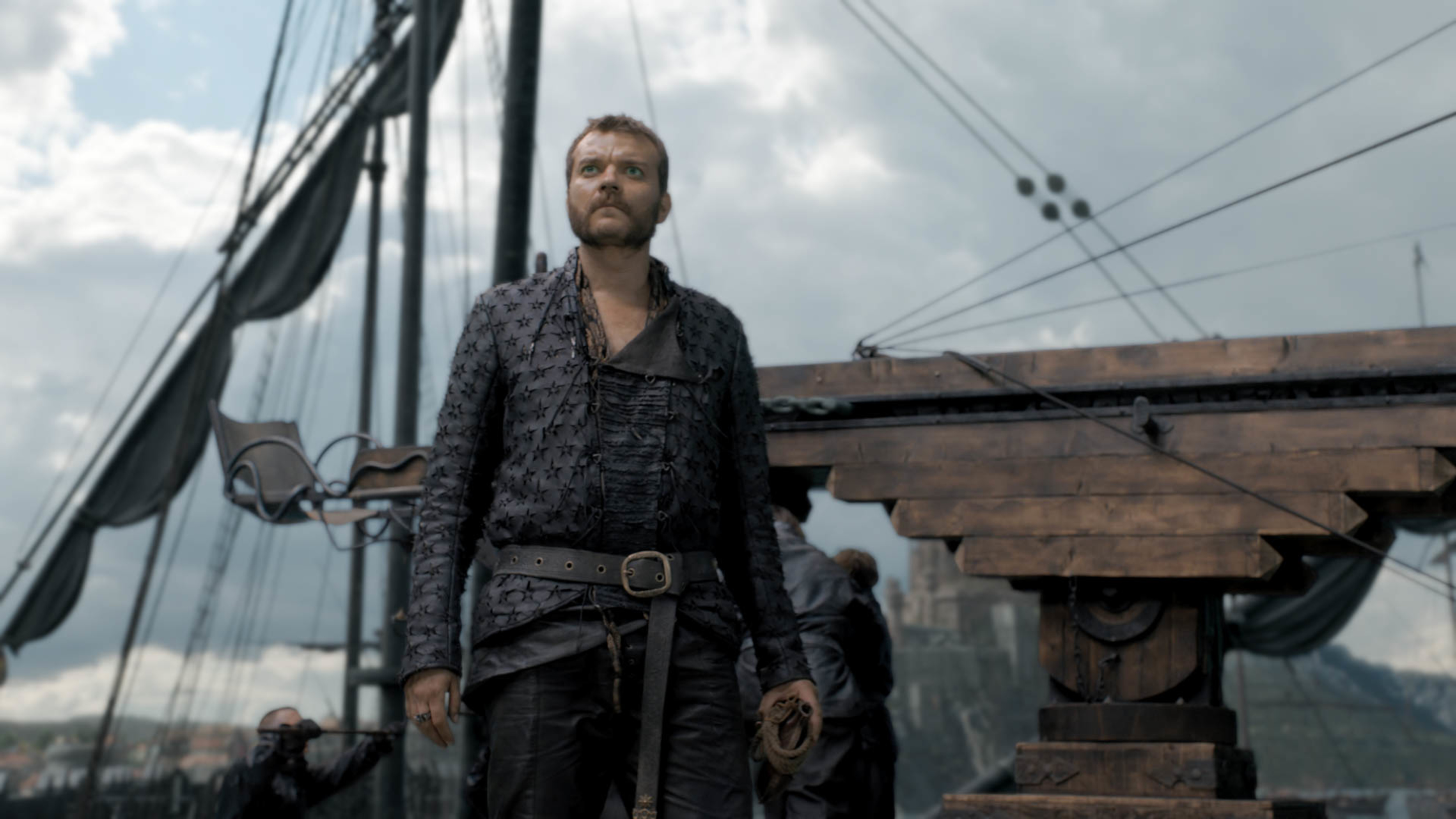 The King of the Iron Islands is no more, succumbing to injuries after a brutal knock-down fight with Ser Jaime Lannister.

Danish actor Pilou Asbæk brought a certain swaggering confidence to his performance of Euron Greyjoy. Arrogant and with a constant provocative attitude, it underscored Euron’s deadly nature. Someone so obnoxious would have to be able to back up the attitude with dangerous ability.

According to a recent interview with Kim Renfro of Insider, Asbæk came to be on Game of Thrones in the sixth season as a fan. He forced himself to stop watching for professional reasons, but the presentation of the existing ironborn characters must have influenced his choices for Euron. Alfie Allen’s Theon Greyjoy was similarly arrogant (before Ramsay) and Asbæk played a type of devil-may-care rake that Theon seemed to be romanticizing in the early seasons.

Asbæk, formerly known for playing spin-doctor Kasper Juul in the political drama Borgen, enjoyed a hands-on approach to Iron Island politics by tossing his royal brother off a rope bridge at the castle of Pyke, and then stole, like a pirate, his niece Yara’s near-certain election victory as Ironborn monarch.

With the Iron Islands under his control and a rapidly replenished Iron Fleet, Euron went on to provide Cersei Lannister with much needed strategic victories against the scrappy newcomer Daenerys Targaryen. His successes in the seventh season took a turn downwards in the eighth. After joining the Night King in having dragonslaying boasting rights, the Iron Fleet was ill-prepared to defeat the fast-moving and destructive Drogon during a rematch.

Encountering Jaime Lannister in a popular smuggling landing after escaping from his exploding vessel Silence, Asbæk played Euron as a man totalling enjoying a private joke and not a man who’d just lost his armada. He was delighted in running across something he could kill, his queen’s former lover.

When Euron and Jaime first met, when the pirate swaggered into an audience with Cersei to negotiate arms for favors, Euron and Jaime reminisced about the defeat of the Ironborn at Pyke. Asbæk’s interactions with Nikolaj Coster-Waldau seemed to indicate a touch of hero worship for Jaime’s efficient combat abilities – masked by insufferable negging. This reminiscence no doubt set up the final doomed encounter wit Ser Jaime. As Jory Cassell and Alton Lannister can attest, sharing stories with Jaime eventually ends with him killing you. 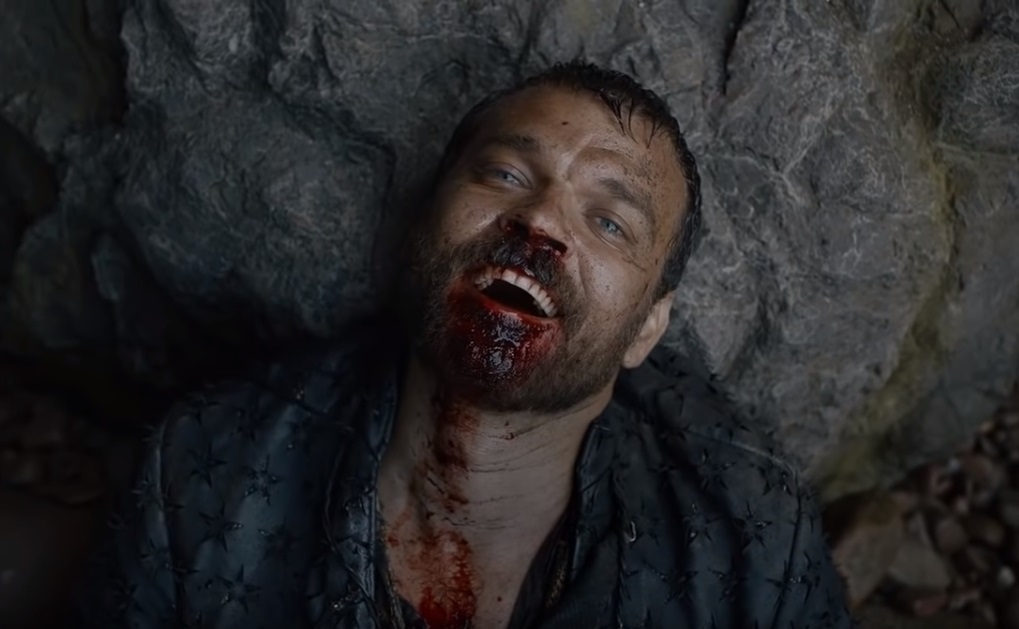 These two men, connected by their romantic attraction to Cersei, both kinslayers and kingslayers, dealt each other mortal wounds. Or so it seemed to Euron Greyjoy as evidenced by his final words.

“But I got you. I got you! I’m the man who killed Jaime Lannister.”

Jaime managed to stagger away gamely after skewering Euron, to meet up with first his sister and then his demise minutes later, buried in the collapsing Red Keep. But the Ironborn king didn’t seem to be the type of person to let facts get in the way of some good bragging.

Blackwater Bay wasn’t the sea, but at least Euron died close to the tides, as an Ironborn should.

As reported in the Insider interview, the deadly duel between the pirate king and the not-so-shining knight took place on the last day of filming for Coster-Waldau (who, incidentally, coined the term “Danebowl” for this climactic fight between the two danish actors.) When their battle was done, so too was Ser Jaime.

Maybe Euron wasn’t just idly boasting when he said “I got you!”