Curtain Call: Natalia Tena | Watchers on the Wall | A Game of Thrones Community for Breaking News, Casting, and Commentary

If season 6 has taught me nothing else, it’s that, even when I see a character’s death coming a long way off, that doesn’t ease the pain of it one bit. In “Book of the Stranger,” Osha (played by Natalia Tena) was killed while trying to assassinate Ramsay Bolton.

Her demise wasn’t exactly unexpected but it was heartbreaking nonetheless. Osha was a fantastic character whose absence from seasons 4 and 5 was sorely felt. She will be missed. 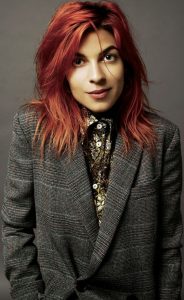 Osha’s role on Game of Thrones was expanded and altered considerably from ASOIAF. George R.R. Martin admitted in the audio commentary for 1×08, “The Pointy End,” that he initially dismissed Tena as too young and attractive to play Osha but changed his mind once he saw her audition tape.

Indeed, Tena delivered a mesmerizing performance as the wild-haired Wildling. She had some beautiful lines:

Who do you think sends the winds if not the gods? They see you, boy. They hear you.

However, it was Tena’s acting choices – the melodic cadence of her voice, the tilt of her head, the animalistic posture of her crouch and her wry smile – that truly set Osha apart from other characters.

– and I, personally, wish that the writers had decided to let her survive or, at the very least, get in few good slashes before Ramsay stabbed her. However, it’s satisfying that the resilient, resourceful Osha met a heroic end. She wasn’t chased down by hounds or flayed alive. She died trying to kill Ramsay Bolton. Surely, if there’s any cause worth dying for in Westeros, that’s it.

Outside of Game of Thrones, Tena has enjoyed a prolific and eclectic career. Her other projects include the Harry Potter films and, most interestingly (given the circumstances), the Netflix series, Residue, in which she played a photographer uncovering a supernatural conspiracy and Iwan Rheon co-starred as her supportive boyfriend.

Tena’s also achieved success in the music industry as the accordionist and lead singer of the band, Molotov Jukebox. The group released their fourth album, Tropical Gypsy, in April and they’re scheduled to tour in Spain and the UK later this year.

Though Tena’s time on Game of Thrones is over, she’s left behind quite a legacy. In the audio commentary for “The Pointy End,” Martin said that Osha’s one of the few characters whose incarnation on the show may impact his plans for future ASOIAF installments. “She’s become such an interesting character in the TV show that when she reappears in the books I’d really like to give her a more interesting role to play than I had perhaps originally had in mind,” he said.

As upsetting as her departure from Game of Thrones is, I’m grateful that we got to enjoy Natalia Tena as Osha while we had her. 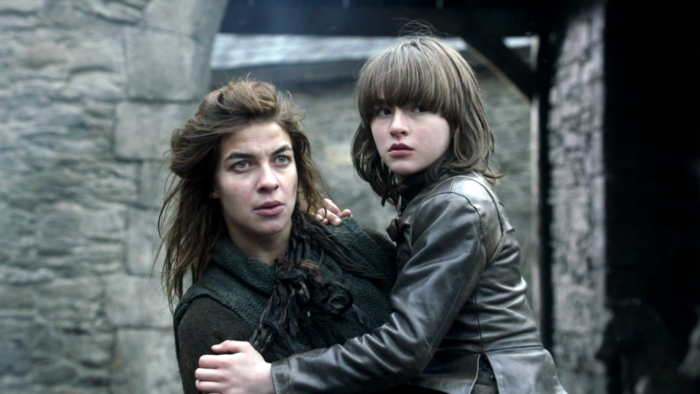