Curtain Call: David Bradley | Watchers on the Wall | A Game of Thrones Community for Breaking News, Casting, and Commentary 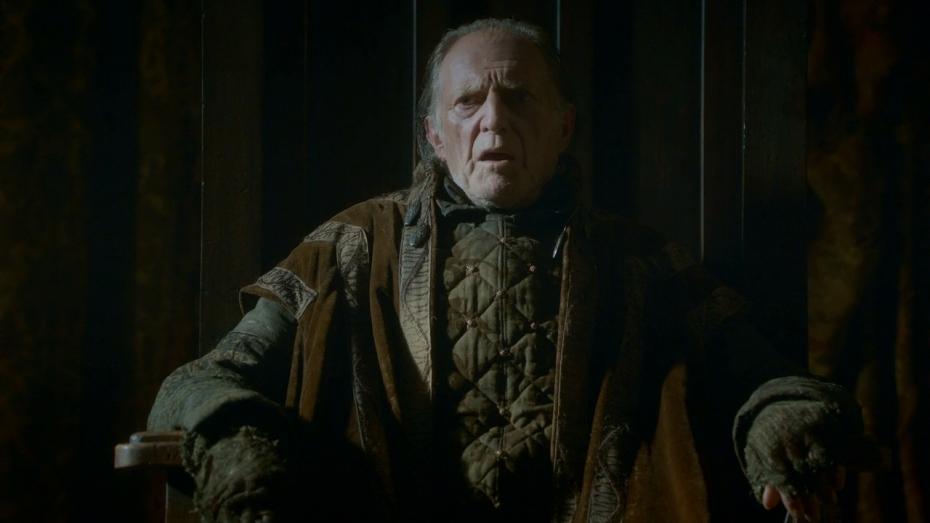 Chalk up another one on the Game of Thrones Satisfying Deaths of Season Six List. The man responsible for the heinous Red Wedding and potential winner of Westeros’ Most Creepy Character Award for several years running finally learned that revenge is a dish best served in the form of a pie. Frey Pie.

Walder Frey was one of those brilliant Thrones characters that everyone loved to hate, thanks to a stunningly creepy performance from veteran actor David Bradley.  While his onscreen death was certainly satisfying, it’s a shame to have to say goodbye to one of the show’s most enduring guest stars.

From his first appearance in season one he initially seemed more of a grumpy inconvenience than a Big Bad, forcing a series of marriage alliances on the Stark family as recompense for the loyalty of House Frey. It was of course one of these alliances that would come back and bite Robb on the bum however, when he chose to marry Talisa instead of one of Walder Frey’s offspring.

Walder is (rightfully) a little peeved by this, but instead of just accepting Edmure Tully into the family instead, he breaks one of Westeros’ most standing customs, that of Guest Right. 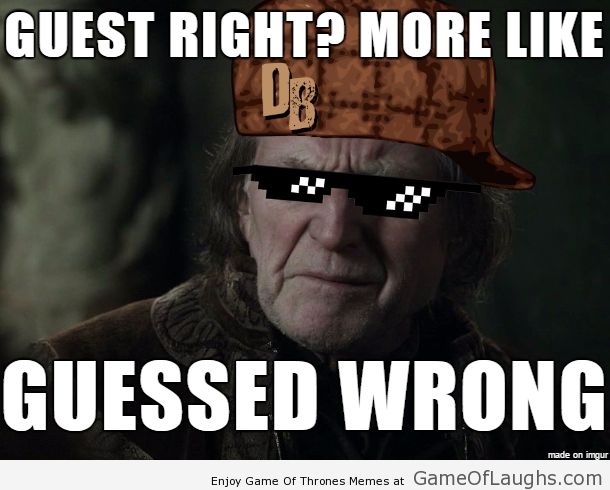 It was Walder Frey that instigated what might be Thrones‘ most famous scene, the gory and brutal Red Wedding.  David Bradley is superb at playing the nasty card, and as Catelyn, Robb, Talisa and Unborn-Baby-Ned are slaughtered he sits there laughing. Truly heinous. Not only is Walder Frey prepared to risk the wrath of the Gods by slaughtering those he’s invited into his home, he doesn’t care who gets caught in the cross-fire, even if they’re members of his own family. One of my favourite moments from this episode is this dialogue between him and Catelyn, which definitely shows him at his most heartless:

Walder Frey: You already swore me one oath, right here in my castle. You swore by all the gods that your son would marry my daughter!

Catelyn Stark: Take me for your hostage! But let Robb go! Robb get up, get up and walk out! Please! PLEASE!

Walder Frey: And why would I let him do that? 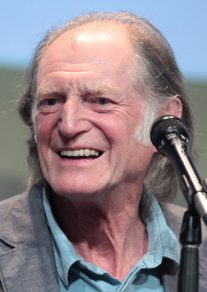 (Full disclosure though, I was hoping for Jinglebell Frey.  But a Geoffery can’t have everything)

Walder only makes a single Season Three appearance after this, gloating over his victory with Roose Bolton.  In fact, before I checked back I was convinced that Walder Frey had appeared in more than three episodes before Season Six, but nope.  Such is the strength of David Bradley’s hideous portrayal.  It would be another couple of seasons before the old Lord was to be seen again, and one of the re-appearances I was most excited about because frankly we were overdue a bit of Red Wedding closure.  Maybe even a little satisfying revenge.

In the season finale I had two of my show wishes come true: Red Wedding comeuppance and a slice of delicious Frey Pie. It’s always awesome to have something that’s still a theory in the books confirmed as canon onscreen.  So much so at the moment I saw the pie I made a kind of weird screaming noise and made my boyfriend pause the show for a second so I could do a victory dance round the room.  Fact. (Actually my victory dance was more for the House Manderly reference than anything else, but Frey Pie is still Frey Pie, regardless of who serves it).  Arya crossed another name off her list and I rejoiced as the Late Lord Tully finally lived up to his name.

That said, I will miss David Bradley onscreen, he’s a marvelous actor who really seemed to relish such a grotesque role.  As well as extensive theatre work, he is well known for his turn as the almost equally grotty Argus Filch in the Harry Potter film series, and a tear-jerking turn as William Hartnell in Mark Gatiss’ An Adventure in Space and Time.  Also one of his earliest roles was as a goalie in an ITV Play of the Day.  Now don’t tell me you don’t want to see a young Walder Frey (with 70’s mutton-chops) playing football.

He can currently be seen in the excellent The Strain as Abraham Setrakian and this year will appear in the films The Young Messiah and Await Further Instructions.

Walder Frey’s death might have been a satisfying one, but David Bradley’s vilifying presence on the show will certainly be missed!