Curtain Call: Conleth Hill | Watchers on the Wall | A Game of Thrones Community for Breaking News, Casting, and Commentary 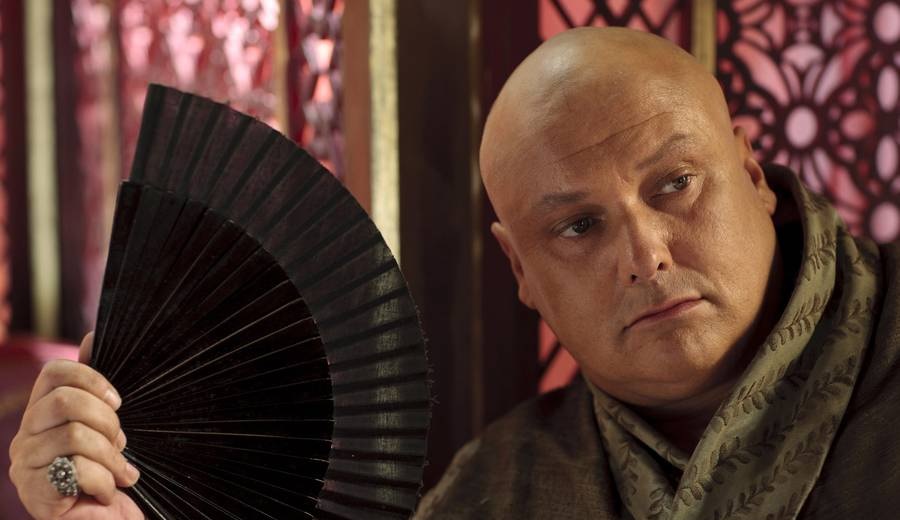 Three great men- a king, a priest, and a rich man. Between them stands a common sellsword. Each great man bids the sellsword kill the other two. Who lives? Who dies?
Power resides where men believe it resides.

Seven years ago, after the release of the season 2 “Shadow” teaser featuring Varys and his infamous sellsword riddle, I shared this gut reaction on my personal blog: “FUCKING CONLETH HILL IS THE FUCKING MAN. GOD BLESS NORTHERN IRELAND FOR PRODUCING SUCH STELLAR ACTORS AND FUCKING BEAUTIFUL SCENERY.”

It’s crude and simple, but after seven years and the end of a beautiful run on Game of Thrones, I’m not sure I’d put it any other way: Conleth Hill is in fact the fucking man. And it’s time to pay tribute to the actor who brought one of my absolute favorite characters to life, doing him justice in a way I’d feared would never be possible. 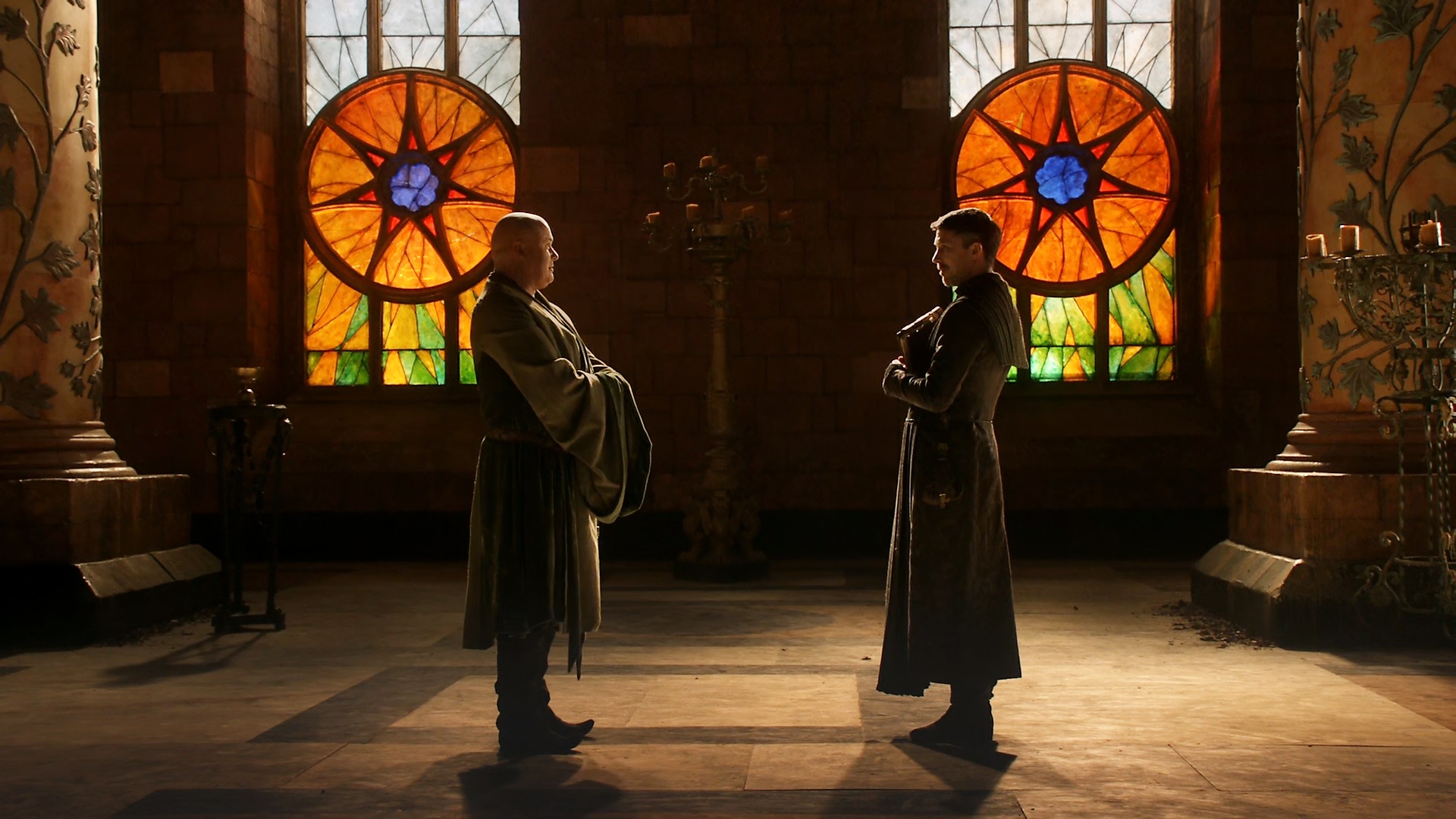 Varys is an enigma in the books, which is why he’s so often at the center of ASOIAF fan theories, from origin speculation (secret Blackfyre!) to totally bonkerballs theories (Varys is a merman!). Game of Thrones offered an opportunity for an actor of Hill’s caliber to step up and flesh out a role that could’ve slid into an obnoxious caricature in the wrong hands. A eunuch spymaster who prefers silks and the occasional campy touch is an easy role to go over the top with, but that never happened here. Varys was hilarious without being ridiculous; he was the wit, not the joke. We can credit so much of that to Conleth Hill’s gifts, and the darkness he slips in at just the right time, to remind people of who they’re dealing with.

That particular gift was often on display in his scenes with Aidan Gillen (Littlefinger) and Peter Dinklage (Tyrion Lannister). The “big fish” scene (shown above) shows how the actor dips into menace and out again easily, as slippery as a fish. I think those scenes also convey that he’s a tremendously generous actor; you always get the sense that he’s sharing  a scene, not hogging it, even when he’s brilliant.

I’d be remiss if I didn’t mention one of my favorite small things about Hill as well- his reactions. The Small Council scenes throughout the first four seasons were filled with them. And his reaction that time Ros tried to cop a feel and found nothing to cop? Perfection. It’s the little things, you know.

His good humor extended to real life as well, by all accounts. Cast members often cite Conleth Hill as the funniest Game of Thrones actor and he’s generally delightful in every interview he does, whether it’s hanging with Leslie Jones or weeping over shaving his head for the role while imitating Rory McCann. 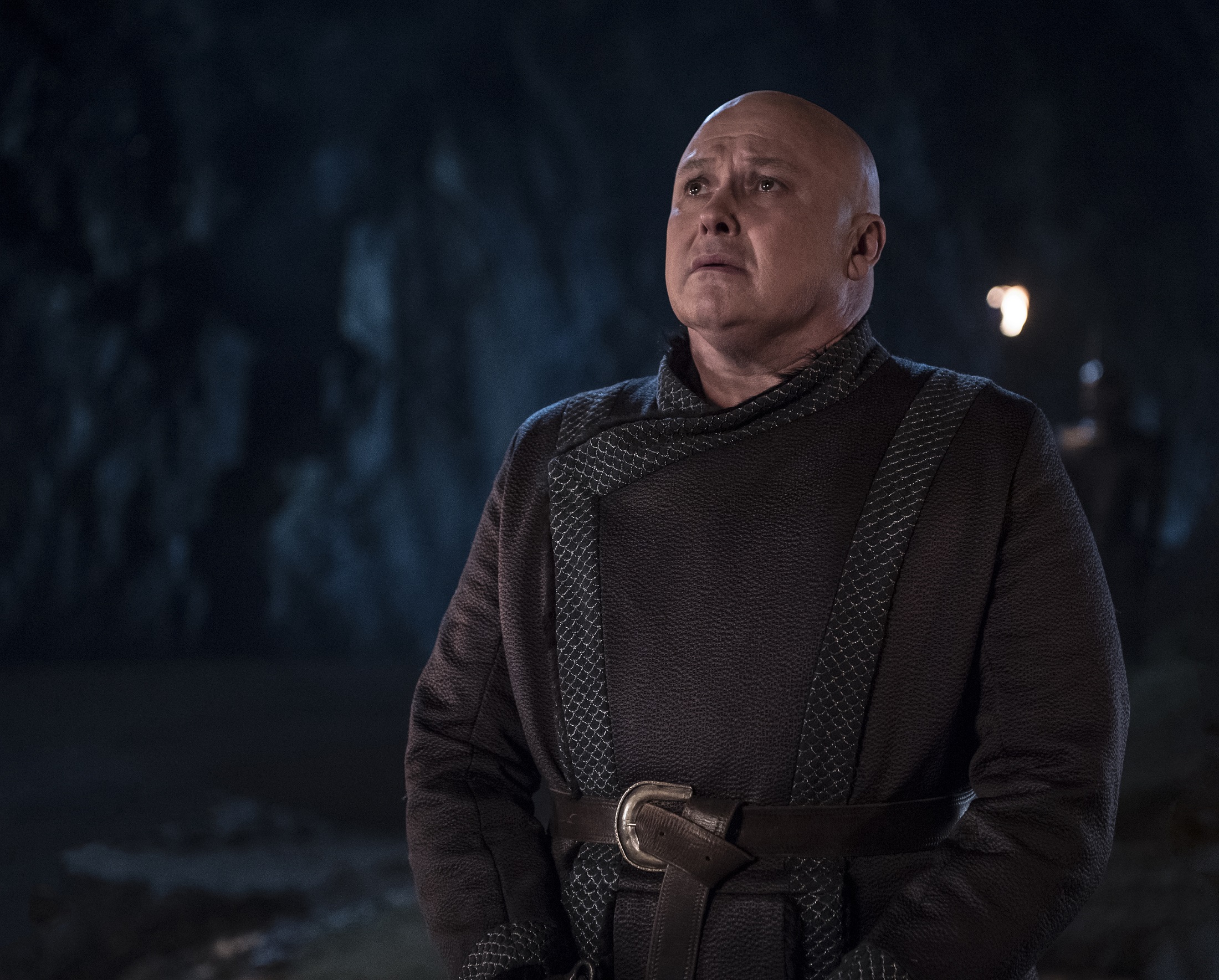 But all good things must come to an end. Varys proved time and time and time again you don’t need balls to be brave, and Dany and Drogon delivered a fiery death to our Spider. He almost made it to the very end, so we’ll only have one episode without Varys and his snarky- or very frank- take on matters. I’ll greatly miss having Conleth Hill on my screen.

Then again, there’s always the prequel series! All Hill needs to do is grow back his hair and few would recognize him, apparently. I would have no problem with this. I told you- he’s the fucking man.