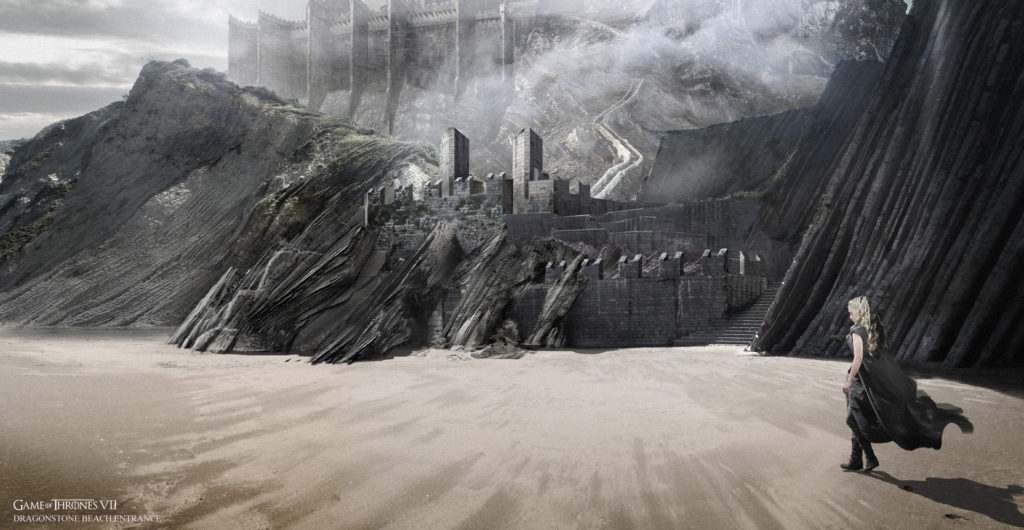 Earlier today we brought you Karakter‘s concept art for season seven, and now we continue with Kieran Belshaw‘s equally impressive work. His concept art shows Dragonstone in even more detail, the quest beyond the Wall, the Dragonpit and more!

As we said in the previous concept art showcase, the art designers were very careful to plan everything in Dragonstone in advance and make it so the locations, sets, and the VFX castle always were geographically coherent, in a way most earlier Game of Thrones locations honestly aren’t. To that end, the entire island was designed from the ground-up, as we can see in these pieces by Belshaw, particularly the map: 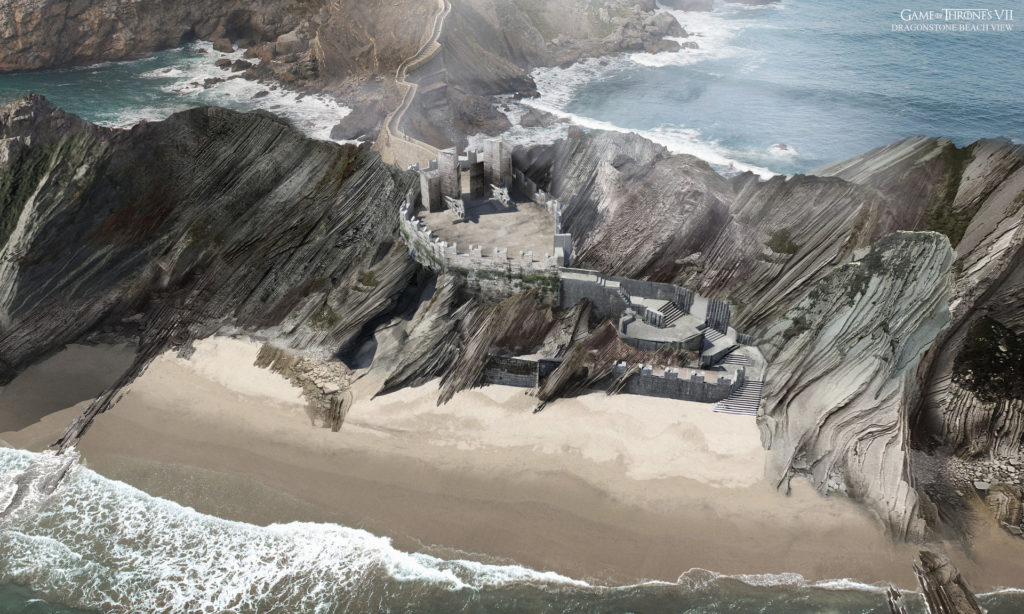 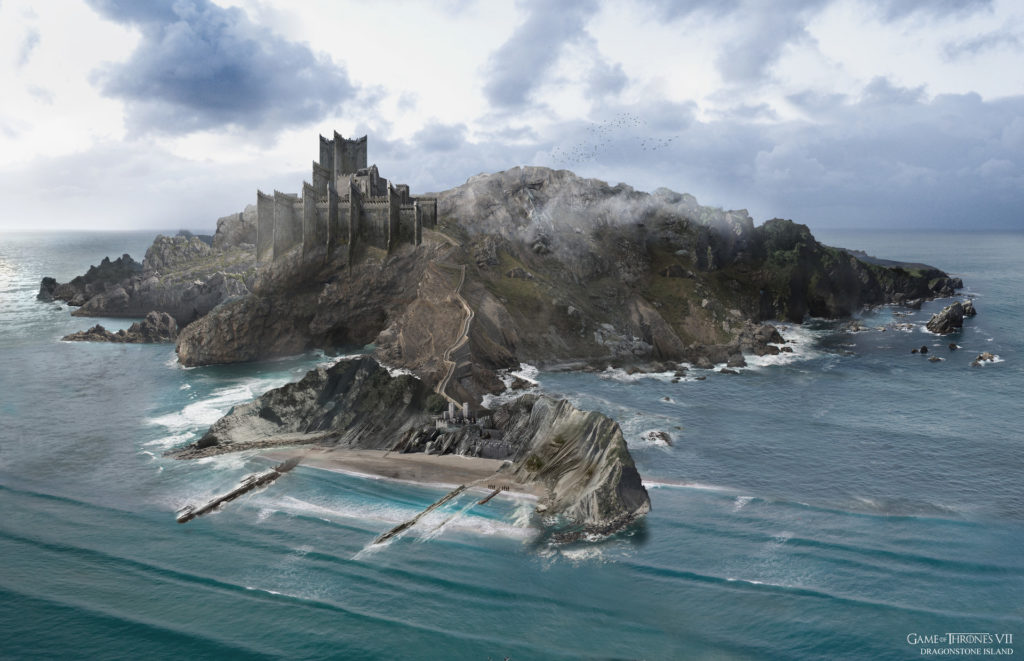 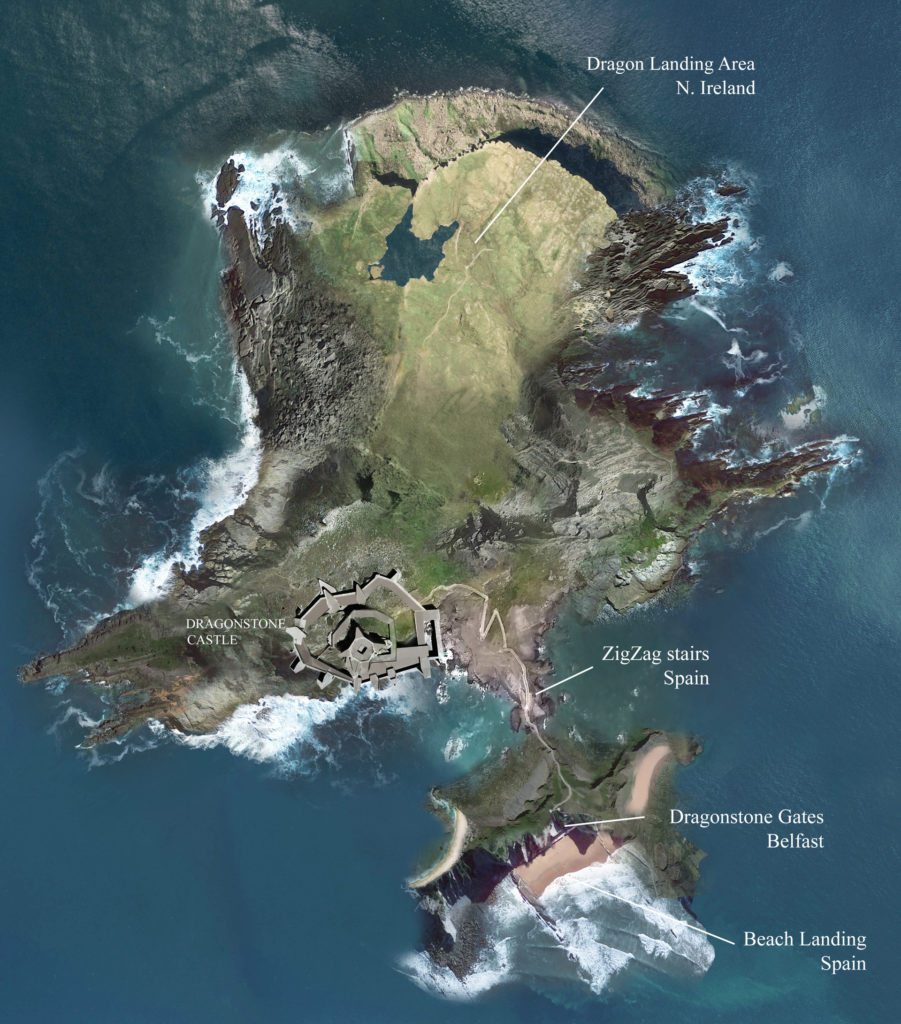 In the script for The Spoils of War, the ending is less abrupt than in the final product. As Belshaw tells it, “when Jamie plunges into the water he witnesses Lannister soldiers weighted down by their armour begging for help. Unfortunately although segments of this were filmed, it didn’t make the final edit.” That is unfortunate, because if the filmed version was half as beautiful as this concept piece I would love to have seen it: 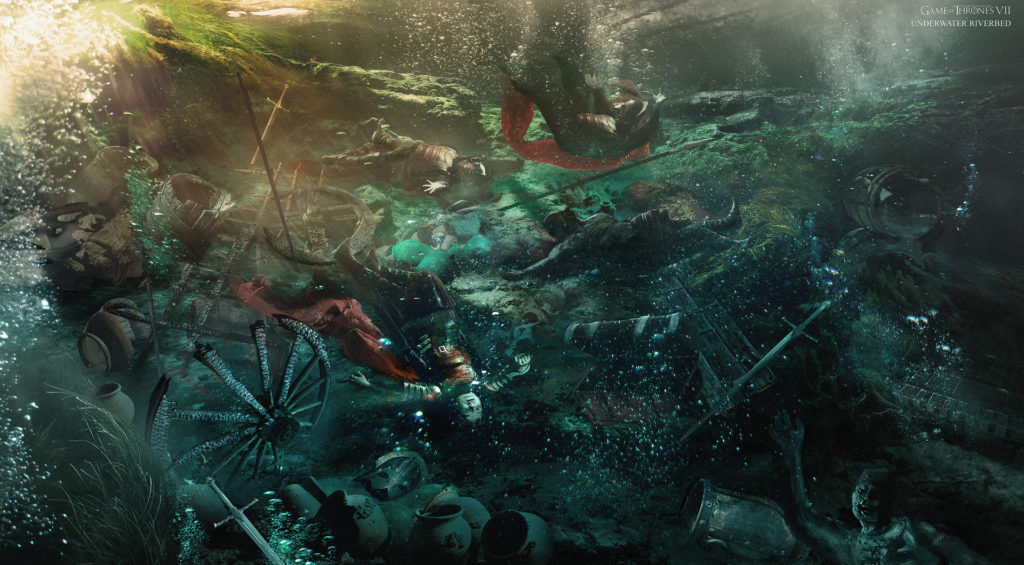 There is more, of course, including the quest beyond the Wall and the Dragonpit: 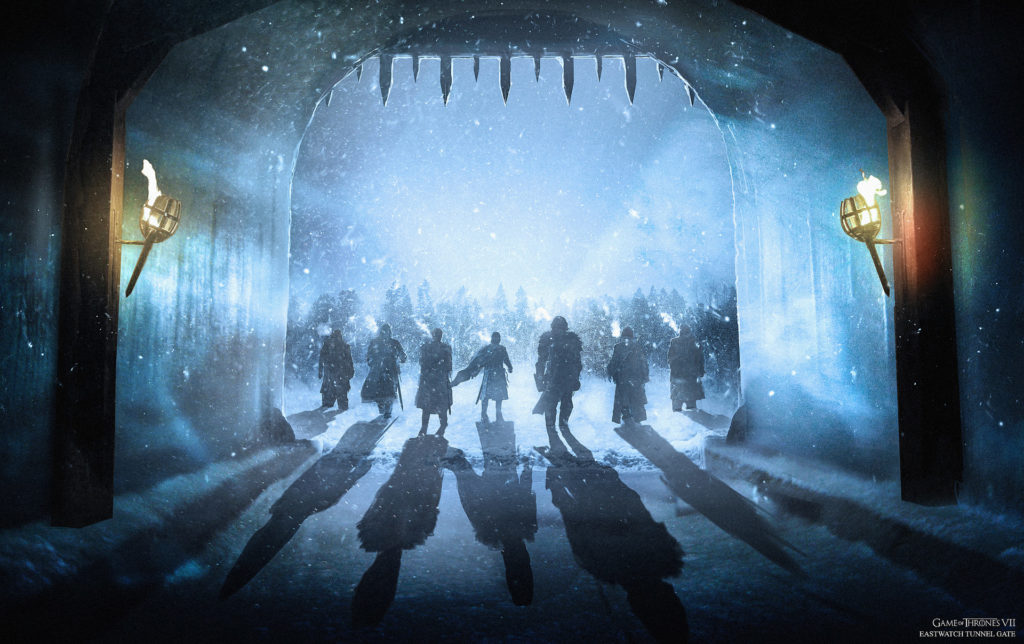 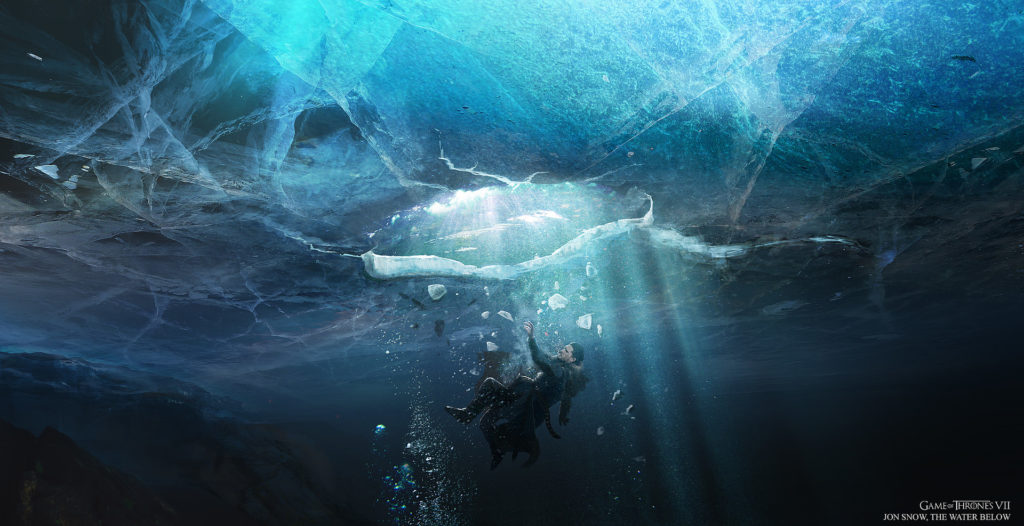 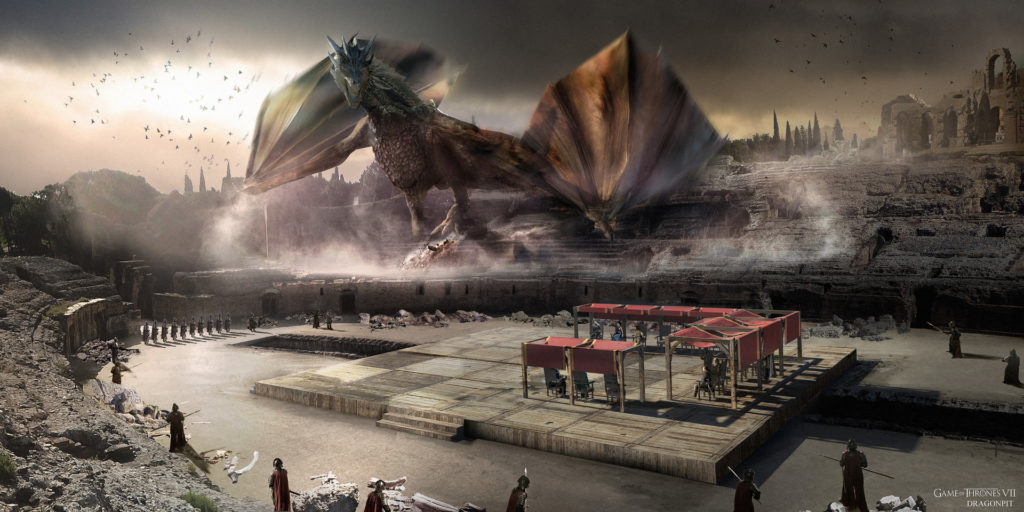 The production design showcased in these pieces were nominated by the Art Directors Guild Awards last week and, judging by what we see here, they may well win! Let’s cross our fingers for Belshaw and the many others who made this happen.

If his work looks familiar, that’s because we showed you his season six concept art. He also did art for season five. You can see all of it, including more for season seven, here!