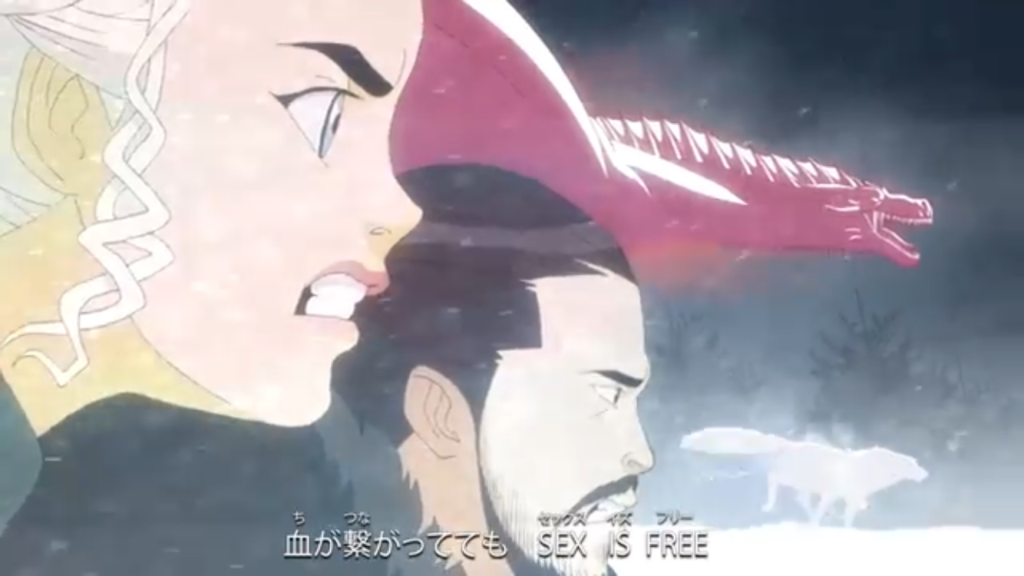 For a great, albeit unexpected way to kick off your weekend, take a look at this fan video, “And If Game of Thrones Were an Anime?”

The intro to a hypothetical animated version of Game of Thrones features a heavy metal rendition of Ramin Djawadi’s theme sung in Japanese while hand-drawn versions of our favorite characters pose dramatically in extreme camera angles.

All hamminess aside, it’s beautifully animated and manages to capture the spirit of each character in their brief appearance. It even includes Jon’s famous pout! 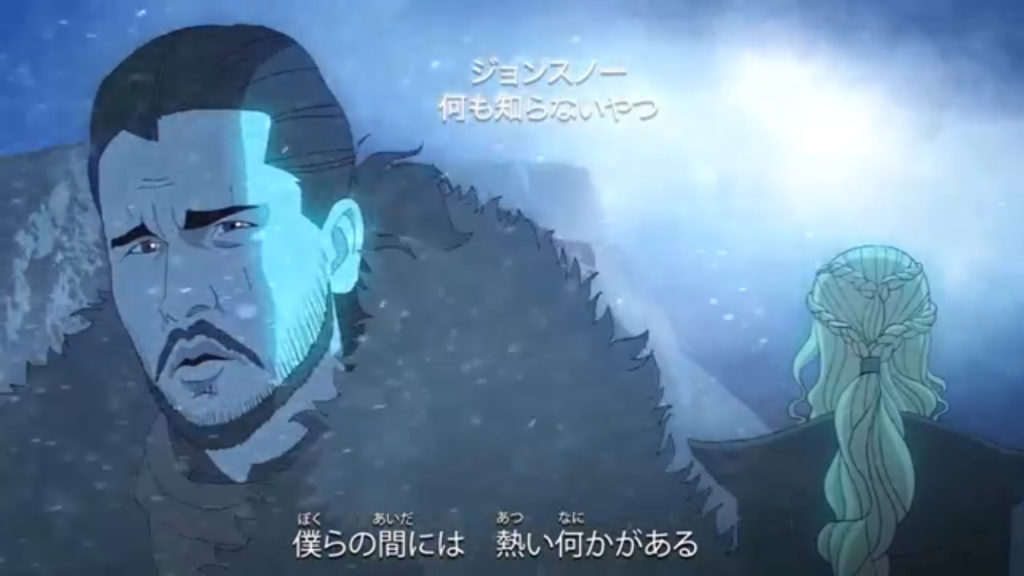 The YouTube channel, Malec, has previously specialized in rap battles between cartoon characters but, after watching this latest video, I hope they continue to experiment with animated intros for live action shows.