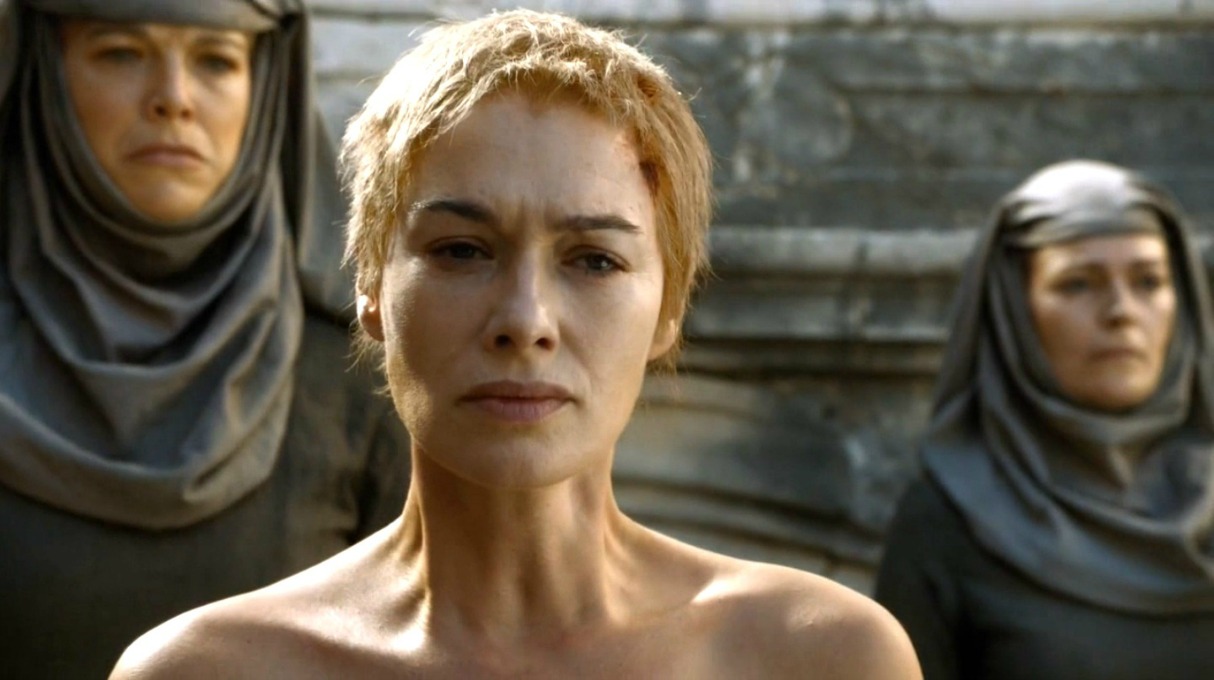 Today’s surprising Game of Thrones news will probably lead to some lively speculation. Rebecca Van Cleave returns for the eighth and final season! You may not remember her name, but she certainly made an impression back in the finale for the fifth season, “Mother’s Mercy”, as Lena Headey’s double for Cersei’s naked walk of atonement!

And there’s more! At a Belfast pub, the showrunners were sighted together with some of the main cast, including but not limited to a certain new (on-screen) incestuous couple.

Industry Casting, an agency “supplying professional Background Artists, Walk-On Artists and Actors”, announced on Twitter that Rebecca Van Cleave “has been in a very snowy Belfast this week shooting her repeat role for Game of Thrones.” Let’s take a look:

We are so excited here at Industry HQ for our artist Rebecca Van Cleave! Rebecca has been in a very snowy Belfast this week shooting her repeat role for Game Of Thrones!! We can’t wait until she hits our screens!! Watch this space! pic.twitter.com/BICBrRCjld

Admittedly, she could be back in another role entirely, one in which her face wouldn’t be supplanted with Headey’s in post-production, but this is not described as a mere return to the show but as a “repeat role.” If Headey needs a body double again, that probably means Cersei will have one or more scenes of an intimate nature in this final season.

Will she really go all the way with Euron? Or, if Van Cleave’s scene isn’t sexual, could this have to do with Cersei’s probably doomed pregnancy? There are many options here!

Yesterday, along with showrunners David Benioff and Dan Weiss, cast members Emilia Clarke, Kit Harington, Peter Dinklage and Jacob Anderson were sighted together at Kelly’s Cellars, in Belfast. How would we all have loved to be a fly on the wall there!

As you may have noticed, Winter Is Coming. Or Coming Back. Or whatever.
But whatever it is, it was a pleasure to welcome some of the cast of Game of Thrones yesterday evening.
Because that's what they do.
They drink. And they know things. pic.twitter.com/UyhlYHb9NY

You may notice there are two others in the group, apparently hiding from the camera. Was it just a coincidence? Were they hiding because they just didn’t want to be photographed at that particular moment? Of course, that would be more than fair enough! There is a more interesting possibility, however, even though it may not be as likely: were they perhaps hiding because the mere presence of these actors in season eight would constitute a spoiler? Now, that would be interesting. I leave you guys to speculate about this, as well as about what role Van Cleave will perform exactly.