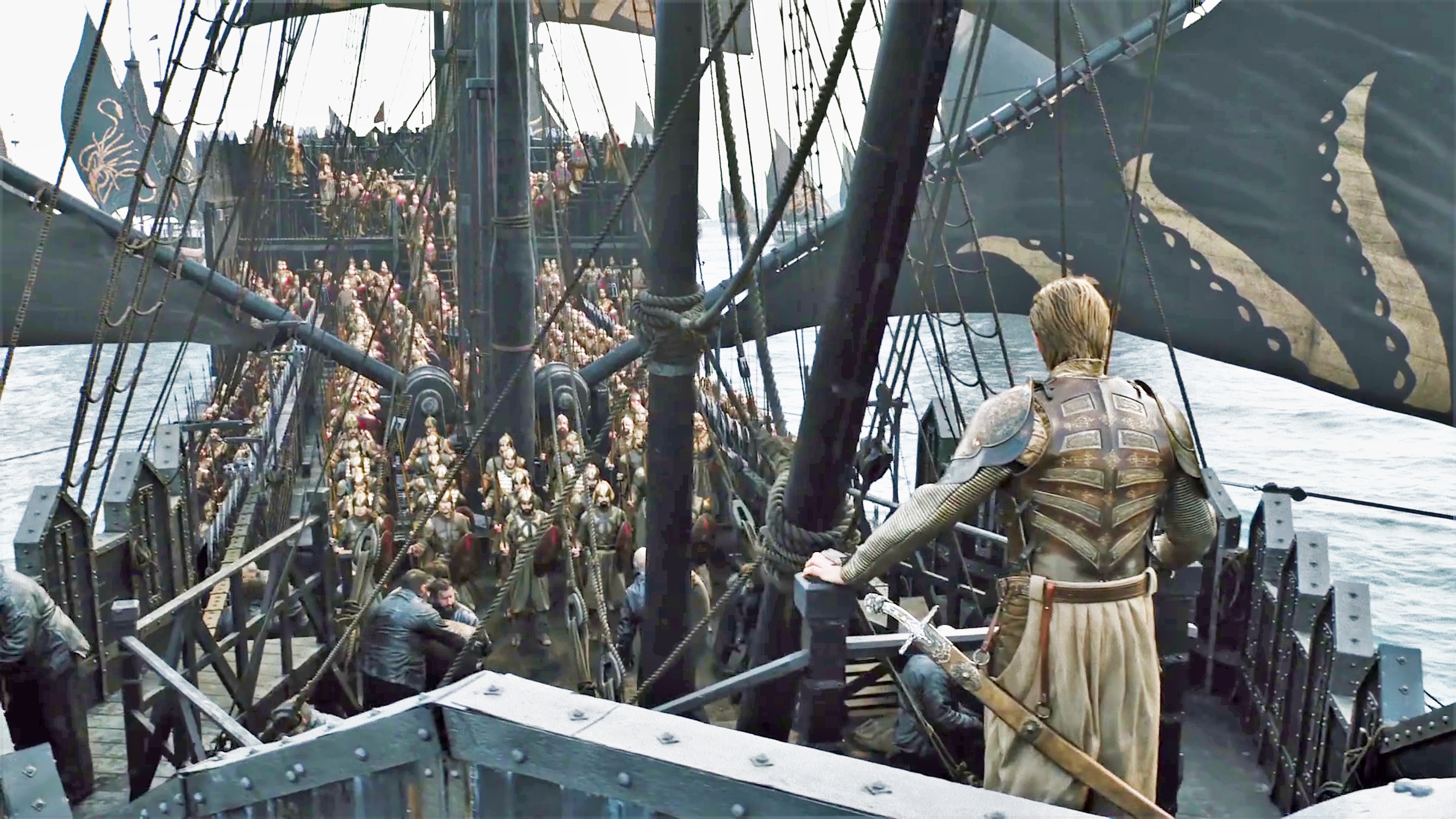 On Euron’s Silence, Harry Strickland surveys the Golden Company under his command.

We’re way past the era of Game of Throne in which a bunch of new characters were introduced each season, opening up the doors for entirely new factions and plotlines. Deep into the third act, doors aren’t opening but closing instead, as they should.

This being the case, when we heard of the new recurring role of a “mercenary”, our ears perked up, as they did again when Marc Rissmann was cast to play Harry Strickland, Commander of the Golden Company that Euron was sent to ferry back to Cersei in season seven. Ever since then, we have heard nary a peep from the man, until today, less than a week from the premiere: finally, the mercenary speaks about his secretive role!

Speaking to DW Euromaxx, German actor Marc Rissmann opens up for the very first time about his upcoming role, which you may sort of recognize from the books:

“I’m playing Harry Strickland, who if you google a little bit and read the books is a leader of the Golden Company. [If] you have seen season 7 — and especially the ending — [Euron] Greyjoy goes to a place to get the Golden Company,” Rissmann helpfully recaps, before teasing us a bit about season eight: “So maybe you can assume what we’re about to do… But maybe something different happens. You never know with this story!”

Indeed, if you’ve read the books, you may remember Strickland as a not at all fit, young or warrior-like commander, which obviously doesn’t fit the German actor’s description. He jokes: “I think they just see my inner coward. You know, basically that’s me.”

“They shot for over a year and I was just flying in and out for scenes. So it’s been on and off with breaks in between, [filming in] Northern Ireland,” he says of his experience. “The whole stretch they were filming about a year, this whole season, because they want to end it with the biggest bang ever. So it’s incredible. I think there are three units that are shooting parallel. It’s enormous. And you come into the area in awe.”

“The coolest thing [about working on Game of Thrones] is the passion from the people,” he says. “From costume department to the drivers everyone is so proud of the show. So you feel it, you smell it. At costume fittings you see these dresses that they designed, and you see a story and the texture that you actually never are aware of when you’re watching the show itself. But it is there and I think it makes it so rich.” 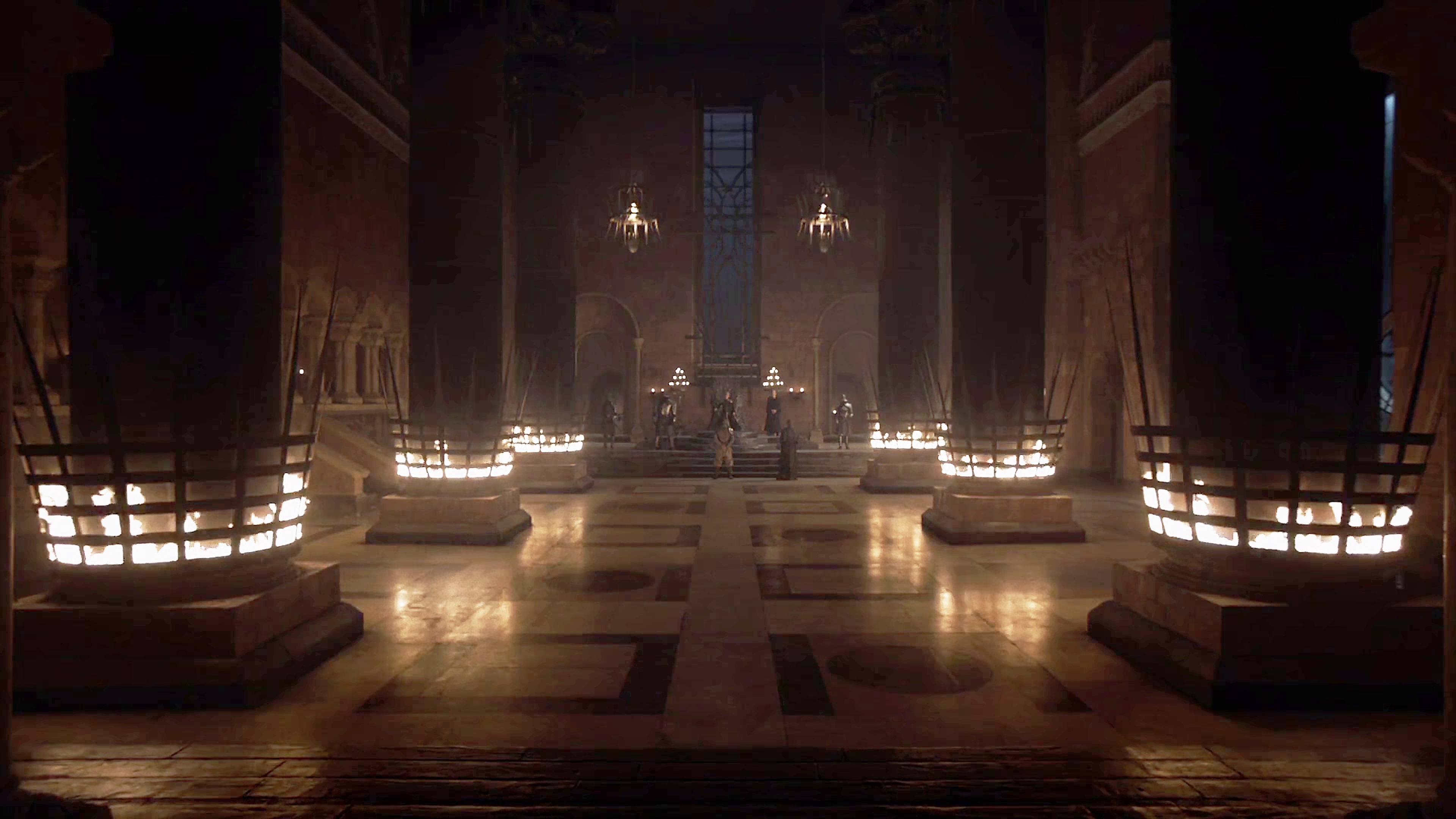 “It feels like a surreal world, because there are so many extras, so many people involved. And the attention to detail is like [to the] microscopic [level]. Even the extras, [even though] there are 500 extras, you could shoot a close-up of everyone basically, even though they are just 200 meters somewhere in wide angle frame.”

Looking past his deep appreciation of the craftmanship on display in Game of Thrones, did you notice that “500 extras” comment? Now, that sound like a battle, doesn’t it? We don’t know whether Strickland and the Golden Company will be involved in the much-publicized Battle of Winterfell, but let’s just say there is another major martial encounter later in the season which should require the services of Cersei’s new mercenaries.

If there was any doubt Rissmann was referring to a battle and not just a particularly crowded scene, he adds he got fit for the role: “I bumped up the physical game, because it’s a physical world and it’s a physical character, so feeling that was good.”

Rissmann also discuses meeting the cast around the set, in particular Kit Harington, as it appears he’s already friends with Harington’s now wife and former Thrones cast mate, Rose Leslie. It’s a pretty long interview, so Rissmann talks about quite a bit more… and spends much of the interview avoiding questions in order not to spoil season eight, too.