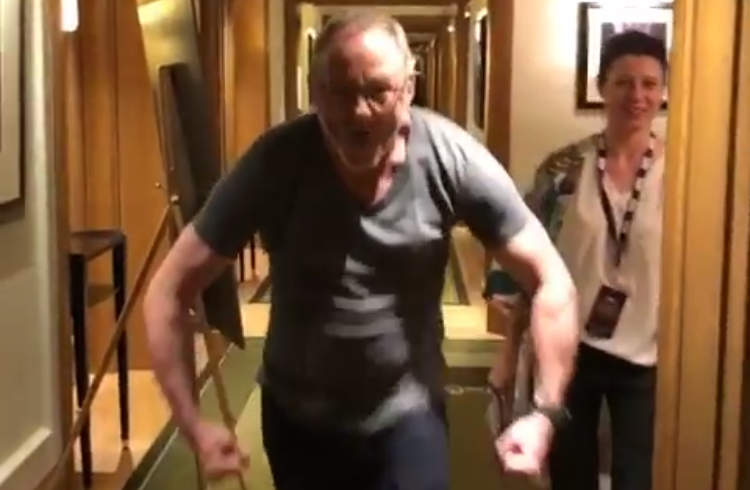 It’s finally here… no, not the trailer, sorry. But it is something that may herald its arrival: the moment season seven actually begins being promoted. The press junket for the season is here, with at least 11 Game of Thrones stars being interviewed.

This morning, Daria Bu, a reporter for Gazeta Metro, shared the following photograph, which shows us her schedule for the press junket, with the actors involved:

Some of these pairings are quite obvious, such as van Houten and Cunningham, who are not only good friends but play characters with a lot of history together. Then there are the Greyjoys, together. But should we expect Bran and Littlefinger to interact, perhaps? What about Grey Worm and Podrick Payne? Though there is no way to tell if there is really a lot to glean from any of these parings, they are curious nonetheless.

We were also clued in by van Houten, who uploaded this video snapshot of her day to Instagram, in which you may just glimpse Liam Cunningham attacking the camera:

The Game of Thrones media machine is waking up. With exactly two months until the premiere, promotion for season seven will only ramp up now. Interviews are coming, so you better get ready for incredibly vague answers to pointed questions! And hopefully a few slip ups as well. We’ll keep you informed as the interviews are published.