Brienne, Pod and knights spotted filming around Sallagh Braes | Watchers on the Wall | A Game of Thrones Community for Breaking News, Casting, and Commentary 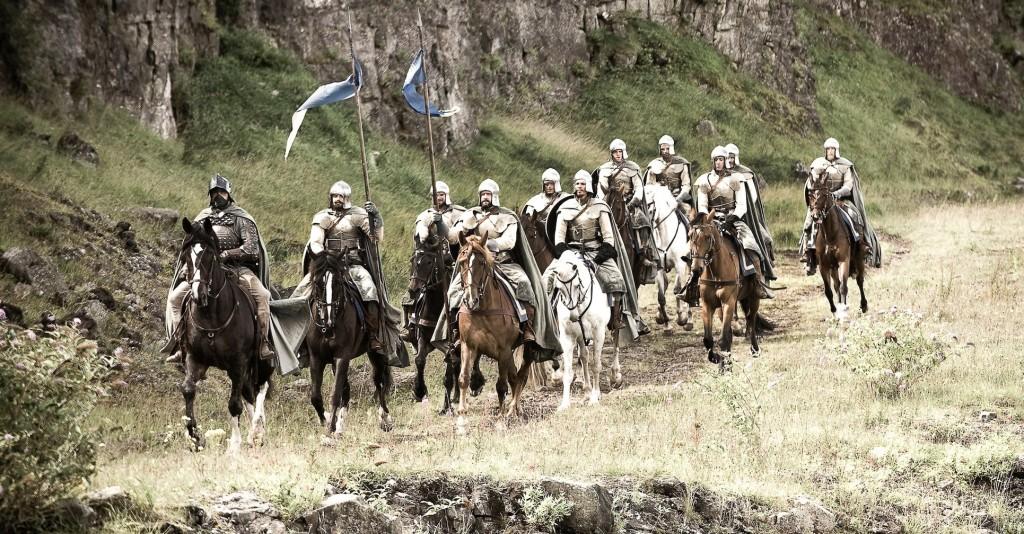 Knights of the Vale, in Season 1

Filming for Game of Thrones season 5 has been rumored to be happening around Larne, Northern Ireland, for several days now, with pink signs popping up in the area.

Reliable sources are now confirming for WatchersOnTheWall that two scenes were filmed yesterday around Sallagh Braes, the hilly area west of Larne.

Gwendoline Christie and Daniel Portman were spotted at the very top of the brae, filming a Brienne and Pod scene involving riding their horses down a hill.

The second scene our local source reports is one involving several Knights of the Vale riding around on the lower part of the brae, accompanied by a few un-armored and well-dressed individuals in dark clothing.

They appear to be unrelated scenes.

Sue the Fury says: Though these reports are unofficial, I feel they’re sound. We know Portman is in town, and so is Sophie Turner, if she is involved in the Knights of the Vale scene.