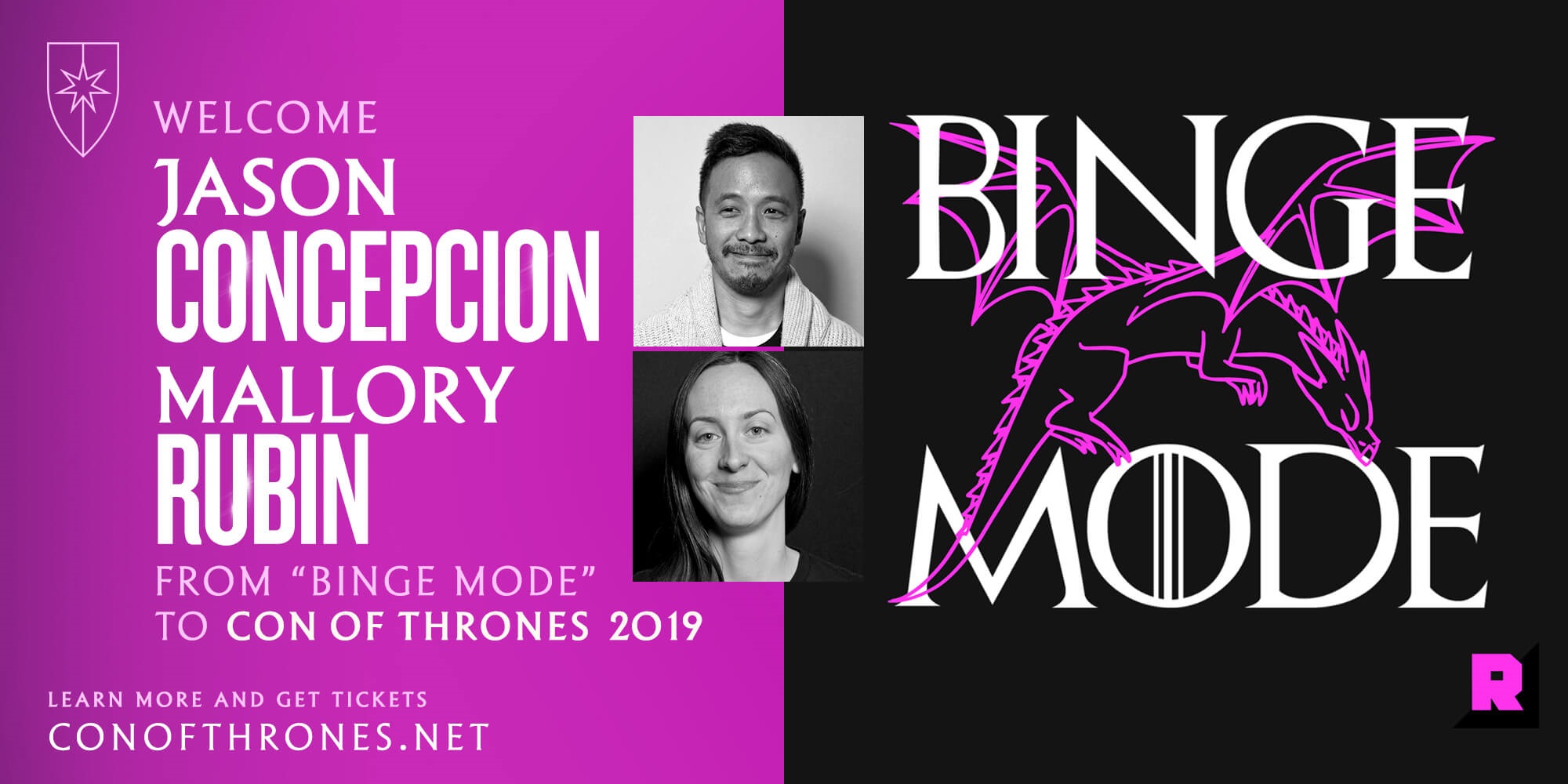 Con of Thrones has announced an exciting addition to the Game of Thrones convention taking place on Nashville this upcoming July: The Ringer’s Binge Mode podcast!

Wonderful returning guests Jason Concepcion and Mallory Rubin will be in attendance for all three days of Con of Thrones 2019 and participate in a multitue of panels. They are the hosts of Binge Mode, which is not only the most-popular Game of Thrones podcast on the Apple Podcasts charts—it’s on the top 10 list of podcasts overall!

Binge Mode joins a growing guest lineup, such as other returning fan-favorite podcasts History of Westeros and A Storm of Spoilers, as well as Game of Thrones starring cast members Nikolaj Coster-Waldau (Jaime Lannister) and John Bradley (Samwell Tarly), both of whom will be attending the convention for the first time ever. And let’s not forget about the wolf dogs, with whom you’ll get the opportunity to take a photo!

Con of Thrones, the premier convention for fans of Game of Thrones and George R.R. Martin’s A Song of Ice and Fire, will take place in Nashville, Tennessee, at the Music City Center, on July 12–14. Tickets are still available at ConOfThrones.net/register!

Watchers on the Wall are proud to be the official programming partner for Con of Thrones, working with Mischief Management. Look for regular updates and additional info at the official Con of Thrones Facebook, Twitter, and Instagram, with more to come in the near future. We hope we see you in Nashville this Summer!