Bella Ramsey says she expected us to "hate" Lyanna Mormont | Watchers on the Wall | A Game of Thrones Community for Breaking News, Casting, and Commentary 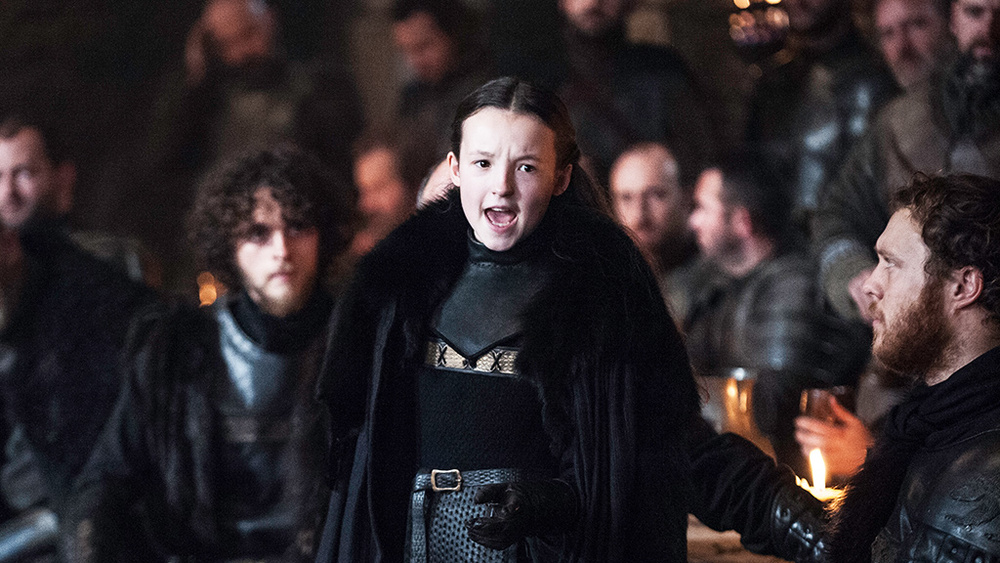 It’s not always clear what makes a character a fan favorite. Certainly if there were a set formula, every person on every show would be adored. Still, it’s a testament to how unpredictable character likability can be that Bella Ramsey fully expected fans to loathe Lyanna Mormont.

In a recent interview with Metro.co.uk, Ramsey admitted that she did not see her character’s popularity coming.

“I was petrified when [season 6] came out, as I [was] expecting people to hate what I’d done and not like Lyanna,” she said. “I was scared I’d be received in a bad way. I was very shocked people liked my performance.”

Ramsey didn’t elaborate on what she expected audiences to dislike about her portrayal of Lyanna but it’s easy to imagine how the Mormont lady might have come across as unlikable on the page.

After all, in her very first scene Lady Mormont refuses to help Jon and Sansa take back Winterfell from the Boltons (at first) and makes a joke about Sansa’s multiple marriages. While her reluctance to, as she puts it, “sacrifice one more Mormont life for someone else’s war” is well-founded, in my opinion, one can imagine why Ramsey expected such reticence to rub viewers the wrong way. And, of course, there is a well-established precedent for powerful female characters to have … divisive receptions in fandoms.

But moving on, the 15-year old actress also discussed how her life has changed since appearing on Game of Thrones and how she’s handling the pressure to promote herself.

“When Game Of Thrones came out lots of interviews were coming in and people [were] asking me to do certain things which would push me out there,” she said. “Like this whole Instagram and Twitter thing, getting more followers doesn’t bother me at all … So I held off from doing interviews, because I want my life to be my own. I think we could have pushed it more and I could have been more of a celebrity, but that isn’t something I wanted to do.”

Ramsey said Kit Harington offered her his two cents on how to handle the media whirlwind.

“He always said [to go to him] if I want some bad advice, but I don’t think his advice is bad!” she said, laughing. “When I went to the Baftas I asked him about live interviews, what advice he would give, and he said ‘just be yourself and don’t try to say what you think people want you to’. That’s the best advice you can give.”

As cool as it must be to be 15-years old and having Kit Harington give you life advice, Ramsey appears to take it all in stride and says she doesn’t get starstruck.

“I get to meet a load of people in an environment I’m really comfortable with. But all these big names, they started out just like I started out and they’re just normal people underneath,” she said. “Certainly no one I’ve worked with so far has been changed or manipulated by fame … it’s cool to meet people if I’ve seen them in a film or series. I just like getting to know people.”