A behind the scenes look at The Spoils of War, plus Critics' Choice Nominations! | Watchers on the Wall | A Game of Thrones Community for Breaking News, Casting, and Commentary 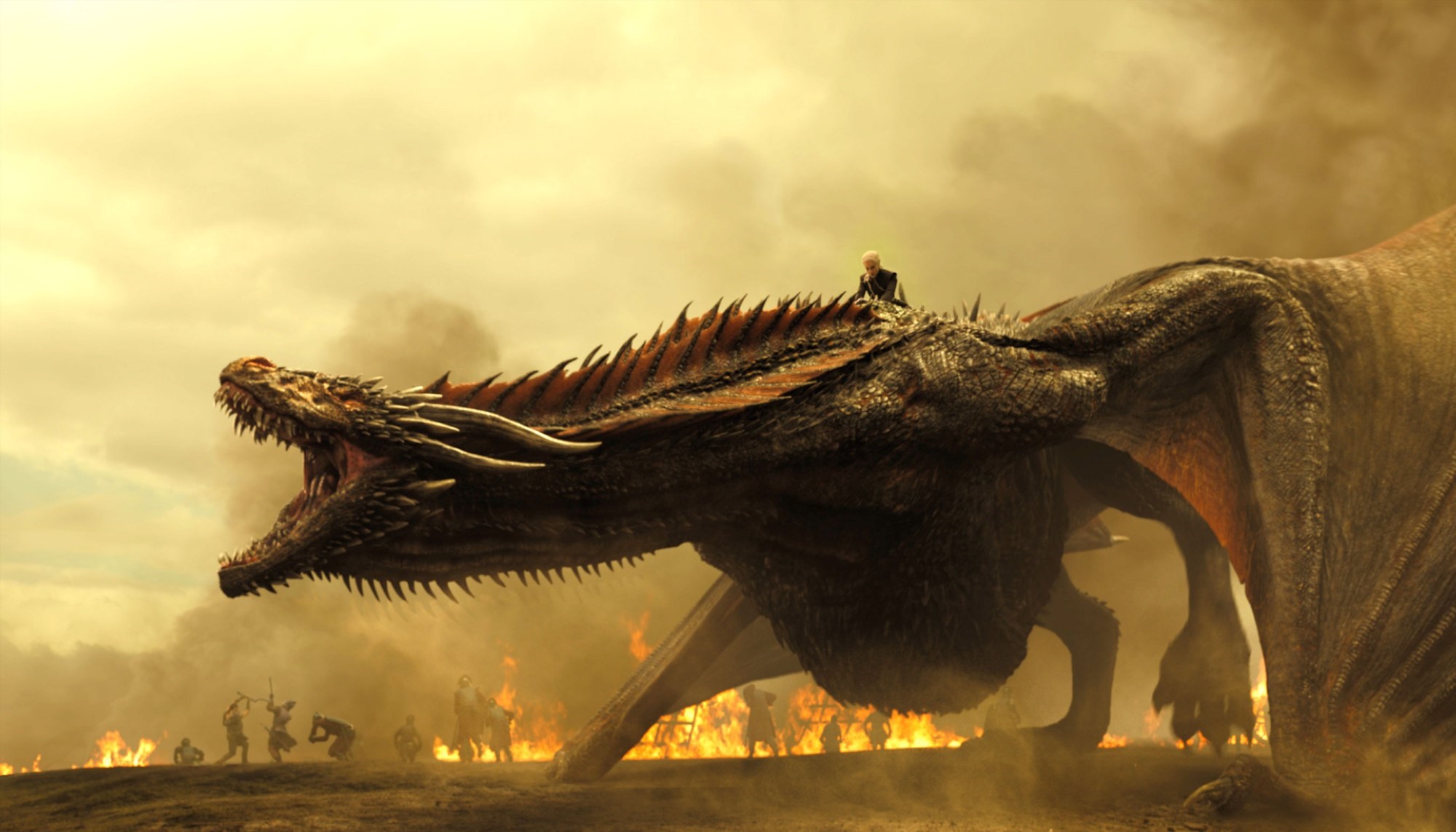 People bring us an exclusive behind-the-scenes clip from the Game of Thrones: Season Seven Blu-Ray/DVD, featuring Emilia Clarke and director Matt Shakman explaining the processes behind bringing the dragon attacks in “The Spoils of War” to life.  Plus, check out the nominations for Game of Thrones at this year’s Critics’ Choice Awards.

In the video, Shakman explains why they decided to have the scene focus on Jaime Lannister.

I chose to focus on Jamie… that [episode] was about being on the other side of a dragon attack.  That you have Daenerys Targaryen unleashed for the first time in Westeros, and it’s about Jamie Lannister trying to hold together his troops in the middle of watching the world change forever.

Clarke was impressed with the size and scale of the dragons, which double in size each season.  The number of shots featuring Daenerys riding one of her dragons has also increased dramatically over the years. Season 6 only featured eleven shots, while season 7 used over eighty.  The mechanical rig used to film these sequences also makes an appearance in the clip, which you can watch below.

Game of Thrones: The Complete 7th Season will be available on DVD and Blu-ray Dec. 12.

With everyone’s end-of-year lists taking shape, it’s always nice to see Game of Thrones being counted among award contenders. The Critics’ Choice Awards have nominated the show for Best Drama Series, while Peter Dinklage and Emilia Clarke have scooped Best Supporting Actor and Actress respectively. The show won the Best Series gong back in 2013 and again in 2016, but has yet to win any of the acting awards despite multiple nominations.  Good luck to everyone and you can read the rest of the nominations here!