Aidan Gillen discusses Littlefinger's tactics: "He’s still pretending to be something that he’s not" | Watchers on the Wall | A Game of Thrones Community for Breaking News, Casting, and Commentary 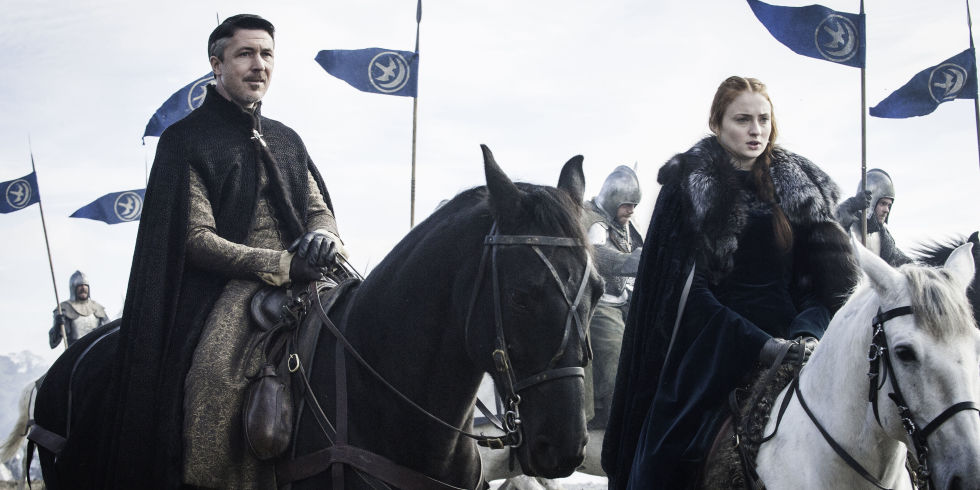 Aidan Gillen is in high demand these days. Recently, he spoke to Irish Central about his many upcoming projects, Arthur: Legend of the Sword, Peaky Blinders, the final installment of the Maze Runner franchise … and, of course, the seventh season of Game of Thrones.

Gillen’s chat about Game of Thrones focused less on juicy plot details for the upcoming season and more on the psychology of Gillen’s multifaceted character.

When asked if he drew inspiration from his Irish identity – and its integral legacy of hardship – to get into Littlefinger’s headspace, Gillen declined to get into the intricacies of “800 years of oppression” but conceded that there could be some commonalities.

“I know the Irish did use language, as did any oppressed people. But … I’ve never really thought about it in terms of Game of Thrones,” he said.

“The thing about Baelish is that he definitely is an outsider and he has worked his way up and out of his class and into the higher echelons of the courts. He is very much still an outsider though, and he’s still pretending to be something that he’s not. We are never really sure where he came from and what he originally sounded like or what his family situation was. It’s not really explored in the show, although a lot of people are familiar with those and the books.”

As tight-lipped as Baelish is about his motivations, we’ve seen again and again that Catelyn and, now, Sansa Stark hold some sway over him. What little vulnerability he’s shown has been, in some way, connected to the two Stark women.

“I don’t know that [his heart’s] been exposed,” Gillen said. “I think we see a little bit of that. I think we saw a little of it with Sansa and her mother Catelyn Stark, he’d be a little less guarded. The one weakness that he has, the one era where he could be exposed or trip up is the emotional one regarding Sansa or Catelyn. But it hasn’t really been an issue. He hasn’t slipped up.”