The Writing on the Wall: Has the Wheel Been Broken? | Watchers on the Wall | A Game of Thrones Community for Breaking News, Casting, and Commentary 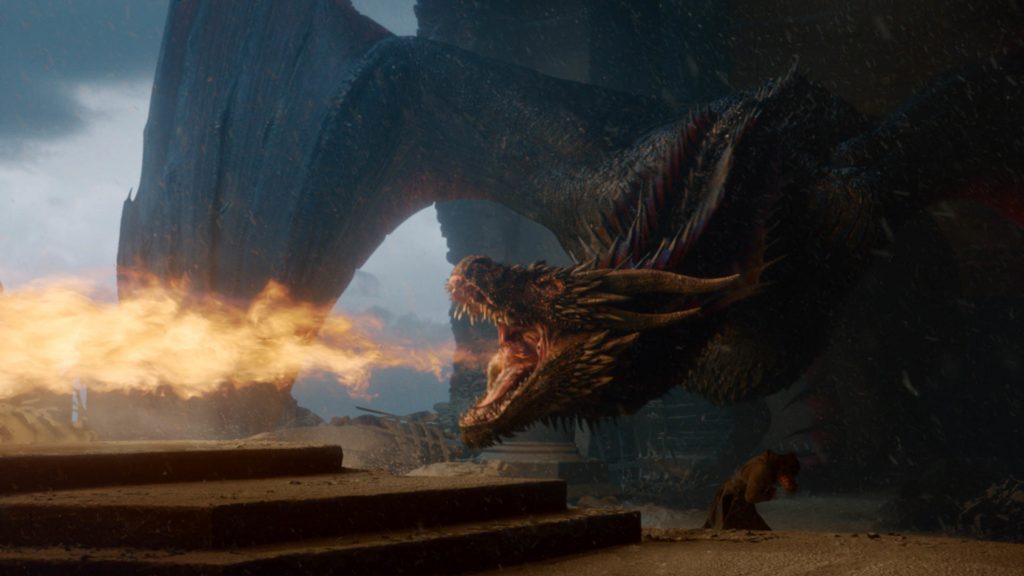 The ending of any story is equally steeped in the ending itself and a contemplation of everything that came before it. It is why such a heavy weight is imparted upon the conclusion of a story. Not only does it have to carry itself as an episode of television but it also has to sufficiently honor the narrative foundations that led to its creation in the first place. It is a tricky balancing act and few series, if any, have ever achieved that perfect ending. Whether or not the ending to Game of Thrones accomplishes both critical beats is going to be debated for quite some time, in part a consequence of its legacy as a true pop culture phenomenon.

There are a plethora of ways to try and understand what the series has accomplished or fallen short of. As a writer, I’m inherently drawn to what the series was ultimately trying to say through its themes, its characters, its plot. What was this series ultimately about? Some would say that Game of Thrones is about the corruptibility of power. Others would say that it is about how attempts at breaking the systemic wheel can quite easily slip away and reinforce the wheel if one lacks caution. An oft heard refrain is “it’s all about tits and dragons.” My takeaway from Game of Thrones, in that sense, is a mixed message, much like my reaction to the last couple of installments that ended the series.

The central concern of Game of Thrones has always been about the question of power. That question has most obviously become a central concern for the show via the jockeying for the Iron Throne, potentially fiction’s most uncomfortable literal seat of power. Similar conflicts, albeit on much smaller scales, occurred from seats of power in Essos, Dorne, and the Iron Islands. But there were more damaging conflicts of power occurring between characters themselves. Even more intricate conflicts of power were the ones that George R. R. Martin referred to as “the human heart at conflict with itself.” 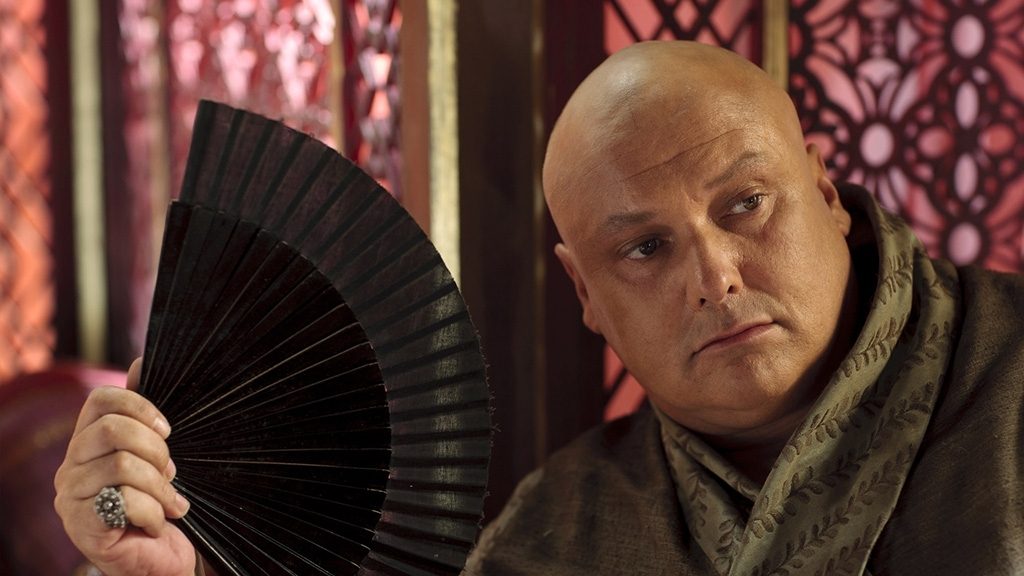 In season two, when the series had more time to explore the intricate questions of power, Lord Varys (Conleth Hill) said that power is a curious thing that resides where men believe it resides. To illustrate his point, he talked about a tale centering around a tale of three powerful men and a sellsword. One of those men is a king. Another is a priest. A third is a man of wealth. Each of them in turn offers the sellsword something for killing the other two in the room. Clearly, there is no love lost between the three of them. The king doesn’t offer much to the sellsword except for the notation that he is, in fact, the king. The priest offers some form of religious salvation, the deed of double murder a slight wrinkle in the whole holy pathway to heaven thing. The wealthy man offers him gold.

The question of actual power is what Varys is hinting at, the central trick in the question that originally drove the storytelling in Game of Thrones. The king of course represents the power of the law and the government. The priest represents the power of organized religion. The wealthy man represents the banks, the power of wealth and class, and perhaps capitalism if you take the allegory that far. Those three pillars of civilization, if you will, often seem impenetrable. The might of government, religion, and banks historically always seem to be until they’re not. In Game of Thrones, we saw a partial recognition of that reality when the poor of King’s Landing decide to rise up in season two and envelop the capital in riots.

When Daenerys Targaryen (Emilia Clarke) tells Tyrion Lannister (Peter Dinklage) that she desires to break the wheel, she has a point. The power cycles of Westeros have often led to wanton destruction of the most powerless as everyone scrambles to sit on the Iron Throne. The Baratheons, Starks, Lannisters, Tyrells, and Targaryens have been culpable in that cycle of power. Olenna Tyrell (Diana Rigg) understood just as much. She was acutely aware of the power that the common people had as a collective, damn the government, gods, and gold. She counseled fear as a ruling tactic and pointedly reminded Tywin Lannister (Charles Dance) of the necessity for a public spectacle with the Purple Wedding. When the spectacle ends, the masses will find other, more revolt-oriented entertainment. 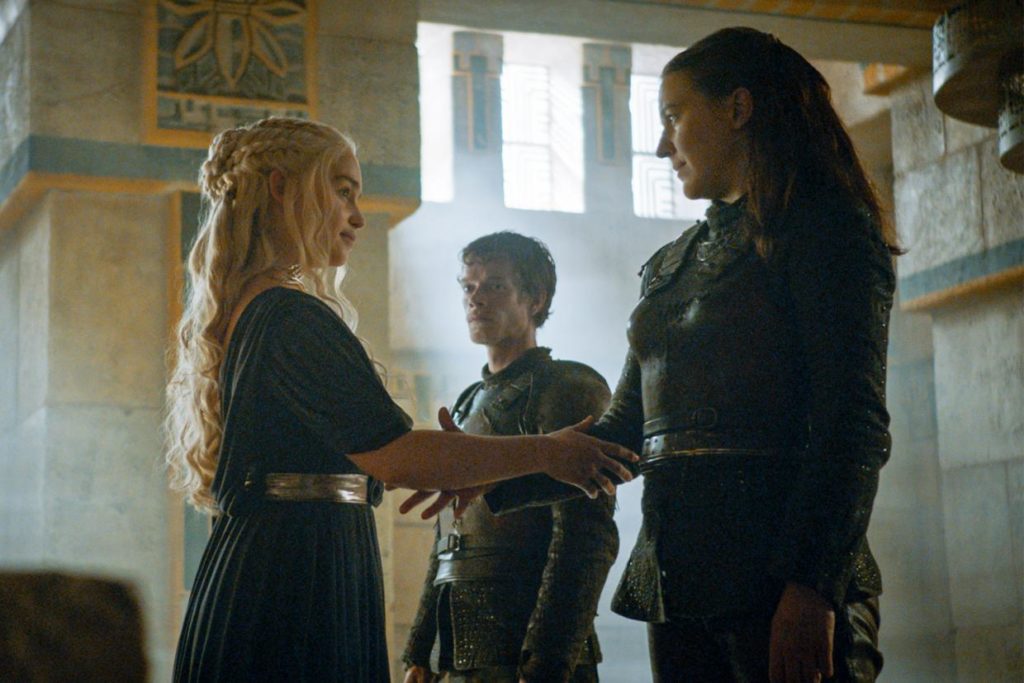 The complication in such an analysis is often tied to where one sees themselves in that power structure. It is often easy to see the necessity of breaking a system while not analyzing one’s own role within that system. When Yara Greyjoy (Gemma Whelan) talks to Daenerys about the role the Iron Islands will play in such a system, Daenerys agrees to their independence. It’s a step that signals her seriousness in breaking the wheel. When she arrives on Dragonstone, she readies herself for the conquest of Westeros. She relies in part on the advice of her advisor and Hand of the Queen, whose formative experience as Hand of the King should have come in handy. It did not.

Tyrion makes one major miscalculation after another. Daenerys snaps and becomes Queen of the Ashes. Jon Snow (Kit Harington) assassinates her in a nauseating scene and departs for the lands north of the wall. What remains behind in the Seven Kingdoms is a power vacuum. The clichéd adage goes that nature abhors a vacuum of any sort and the melted Iron Throne in King’s Landing is no exception. The choice that is faced by the respective leaders of Westeros is quite simple: they must decide what the nature of leadership looks like post-the Last War (although it is hardly likely to be the last, all things considered). The reality of making that choice should be fairly complicated.

It isn’t. In a sequence full of players we know and those we have never seen before, there is not much of a discussion as to why Bran should or should not be king. Sansa wisely brings up the note of succession (a note over which many a war have occurred) and stakes her claim as an independent Queen of the North. But otherwise all it seems to take is a persuasive speech from Tyrion for the other lords to agree that a union of six kingdoms was the best option. Yara’s (Gemma Whelan) quest for independence gets lost in the mix. The realpolitik that defined some of the show’s best moments (think of the scene where Tyrion drags his chair in the Small Council chambers) is largely nonexistent.

Perhaps the more important question is, what does Game of Thrones ultimately say about power? What, if anything, comes of Daenerys’s stated desire to “break the wheel?” While other characters may not have repeated the exact phrase, they certainly shared some sense of wanting to pursue something different from the system that had put the Mad King, Robert Baratheon (Mark Addy), and Cersei Lannister on the Iron Throne. For now, it seems that they may not have achieved that after all. 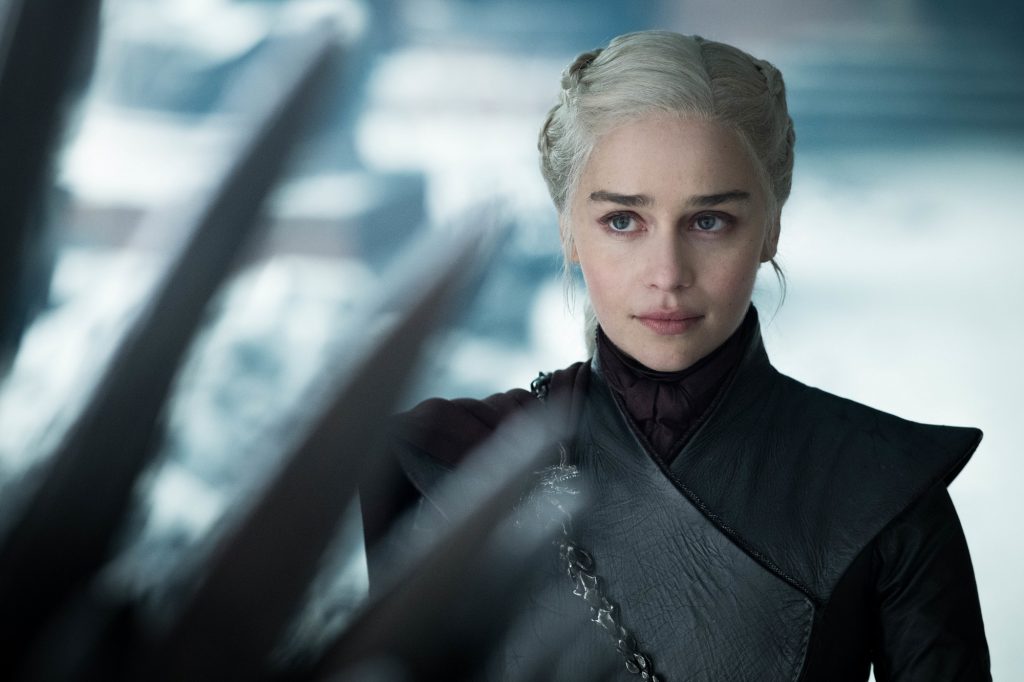 Whether or not Bran will be a good king is largely an open question. It becomes a complicated one when one considers him being the Three-Eyed Raven. But let’s move beyond the central figure for a moment and look at the larger picture. There is still a king, albeit of six kingdoms and not seven. There is still a Small Council largely dominated by men with two vacant positions surely not to be vacant for much longer. It is difficult, beyond the names of some of the families in power, to sense there being much of a difference from what came before.

Samwell’s (John Bradley) suggestion that the people of Westeros, who have long been sufficiently fucked by the nobility, should have a direct say in their own governance elicits a chuckle from the nobles (as they are wont to do). It is the closest anyone has gotten to overturning the wheel in its entirety but it would perhaps have been too much of a change in Westeros for it to come across as narratively plausible. The system selected then, is an oligarchical appointment of a king and an annual check-in process. For now, anyhow.

In Lord Varys’s riddle about the sellsword, there is no clear cut answer about who has the most power because it inherently depends on your perception of the reality of power. If you agree with Tyrion’s answer, then the ruling class is sitting upon a brittle foundation of power. It breaks, or at least cracks, when the common people realize its fragility. From the perspective of those people (whoever is around at this point), there was another war between the nobility that wreaked havoc across Westeros and now they have to rebuild their lives while another noble boy sits the metaphorical equivalent of the Iron Throne. Everything has changed yet very little has.

I can say that the wheel is ultimately intact, perhaps even reinforced. It may have charred and cracked in certain senses, but the ultimate power structures remain relatively intact. The question then becomes whether or not Game of Thrones has ultimately answered the question of whether or not the wheel of power can be broken with a resounding “no.” That depends on your perception of where the power lies and just as importantly, how long it will remain there, intact. Perhaps it will remain there for ten years, twenty, or a hundred. What it certain is that the wheel at some point or another will shake once more and this time the trembles may break it apart at last.