The Writing On the Wall: A Crown of Roses | Watchers on the Wall | A Game of Thrones Community for Breaking News, Casting, and Commentary 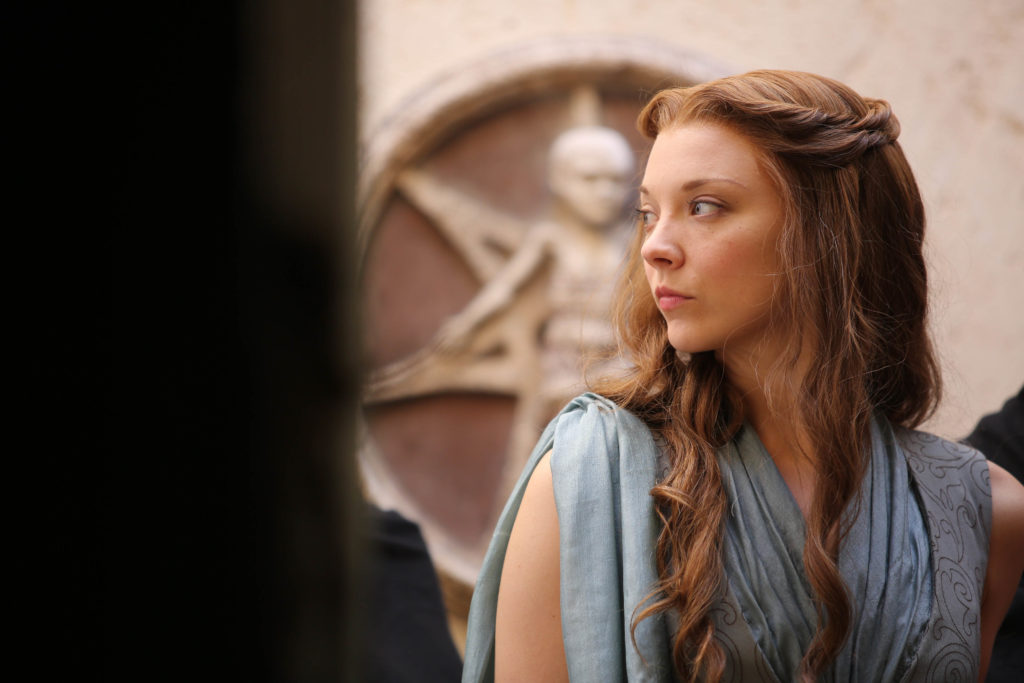 Queen Margaery Tyrell (Natalie Dormer) uttered those words in a quiet tent, disappointed yet resilient. She was a character who played the titular game of thrones like a master of the craft, pulling strings and shifting the board without ever appearing to draw the spotlight onto herself. She was arguably in the same sort of “camp” if you will as Lord Varys (Conleth Hill) and Littlefinger (Aidan Gillen), people who understood that, as Lord Varys put it so aptly, that the contents of a man’s letter were more than the contents of his purse.

Margaery was groomed by the strong matriarchal leadership of her famed and infamous grandmother, the sharp-tongued and even more sharper-minded Queen of Thorns, Lady Olenna Tyrell (Dame Diana Rigg). The Queen of Thorns imparted some critical lessons upon her fierce granddaughter: the realities of patriarchy, the maneuverings of power, and how to manipulate others without them realizing that they’re being manipulated in the first place.

Margaery was raised in a fabulously wealthy and strategically located House, but unlike many other members of the nobility, she was not under the delusion of how her family had entrenched themselves into a position of power. She knew how House Tyrell had used their wits to bury House Gardener in the fields of Targaryen blood. Certainly the lesser Houses of the Reach had not forgotten. 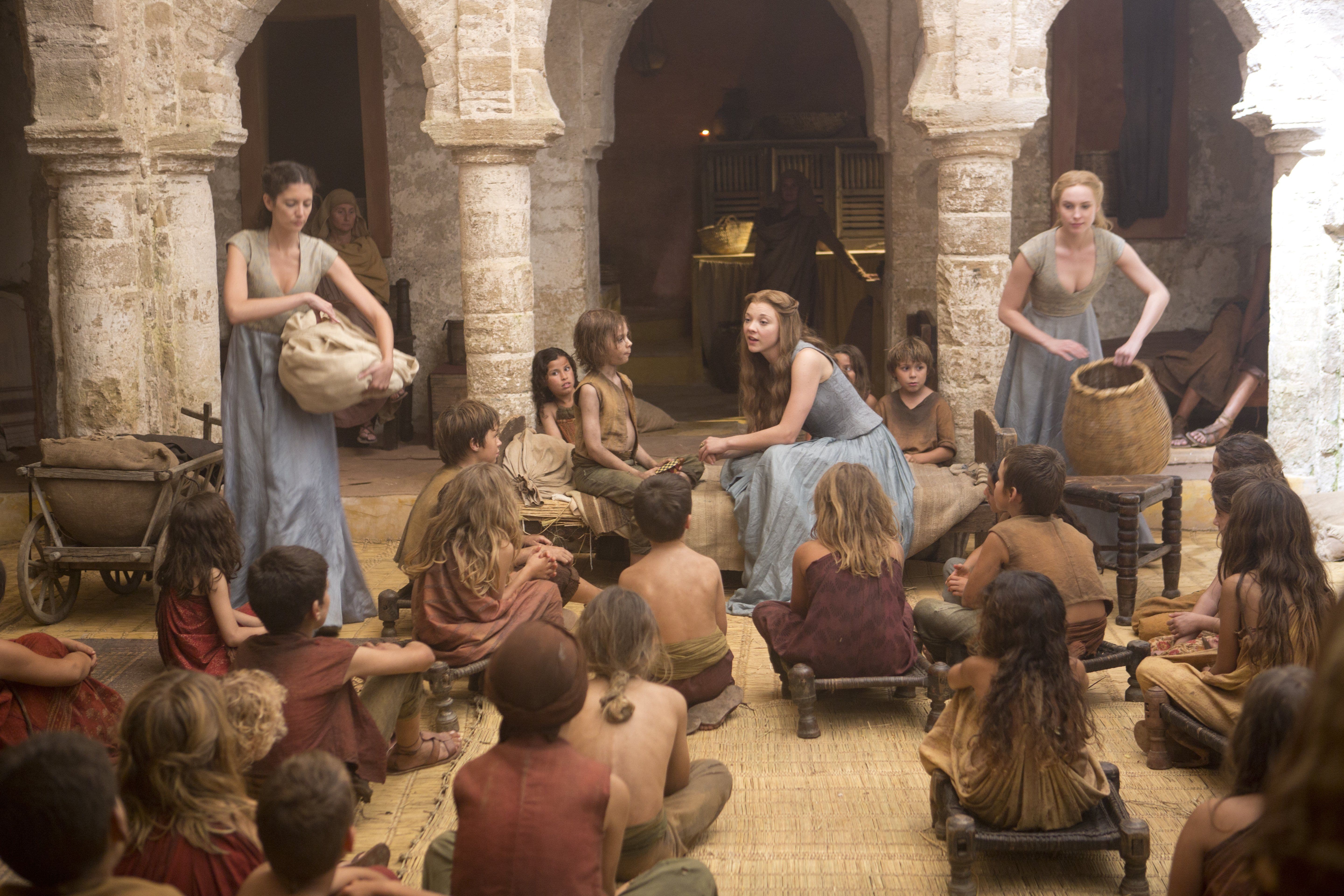 The first opportunity for Margaery to be Queen in her own right had arrived with the War of the Five Kings. Backing Renly Baratheon’s (Gethin Anthony) claim seemed a smart move, an opportunity to entrench the Tyrell foot into the Iron Throne regardless of the outcome. When Renly was slain by the shadow monster (or whatever else your fancy calls the creature), that first opportunity was slain as well. Margaery was despondent but resilient. She wanted to be Queen, not a renegade one of a rebellious claimant to the throne, but one in her own right.

Margaery’s subsequent betrothal to King Joffrey Baratheon (Jack Gleason) was a pivotal moment in her life, a direct step to the Iron Throne. She knew, even if no one wanted to admit it, what Joffrey was. But in this critical role, she proved to be a master politician. She took charge of caring for the orphanages of King’s Landing, whose population grew as a direct consequence of the Battle of Blackwater Bay. She opened the door for Joffrey to understand that he was responsible for millions, even if he actively chose to cloak himself in empty grandeur and ignore that responsibility. That awareness did not last due to several mitigating circumstances, but it showed an aptitude and intelligence for molding Joffrey that Cersei (Lena Headey) lacked.

In all of her attempts to mold Joffrey into something resembling a human person, Margaery was acutely aware of how precarious her position was. Cersei was not going to let go of her power, how much ever she had, that easily. She knew that if Tommen (Dean Charles Chapman) was on the throne, then she was even more in contention for power with Cersei than she already was. She needed a marriage, an heir, and Cersei out of her way. 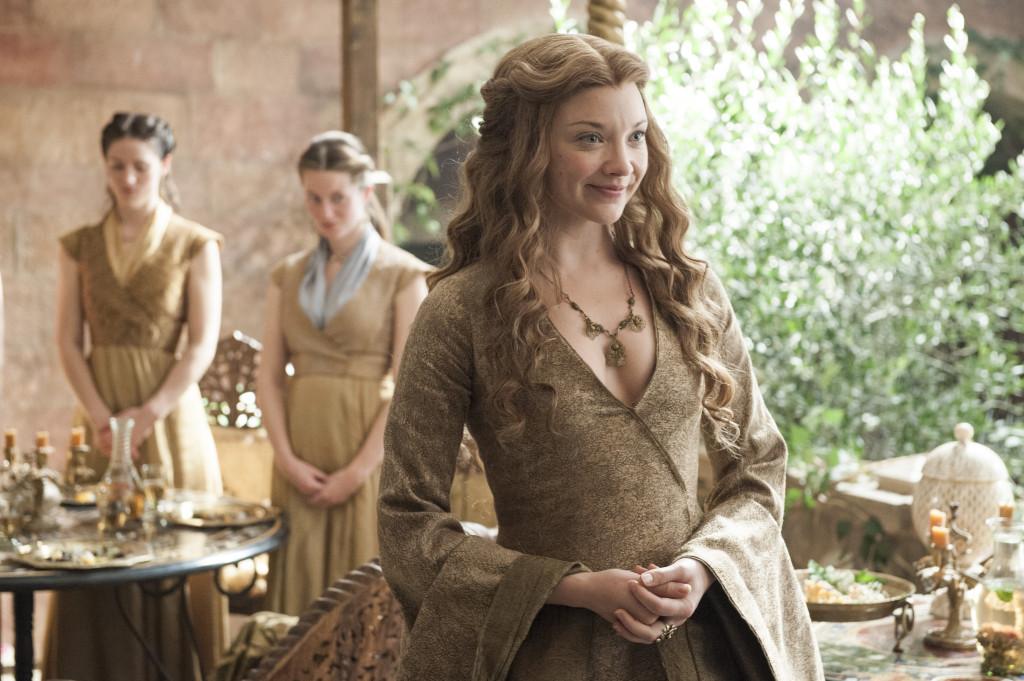 Joffrey’s assassination shocked her, as it did to millions of book readers and viewers. A second murder at a wedding? Margaery mourned briefly for the sake of decorum, but almost immediately began to manipulate Tommen. She was a woman widowed twice and in a heavily patriarchal society such as Westeros, her position was incredibly tenuous. Would she be seen as a cursed woman? Would she have a chance at becoming Queen when anyone would point towards her track record and worry about the fate of the next man she married? Tommen was her best chance and there was no way she would allow that to slip out of her fingers.

It did not. The marriage commenced and upon its consummation, there seemed to be a moment when she could solidify her power. Suddenly, however, Cersei brought the Faith Militant back into power as a method of checking the power of the Tyrells. The move would spectacularly backfire on Cersei not far from that moment, but the damage to the Tyrells’ hold on power had taken effect. Like some other religious, militant zealots, the Faith Militant did not approve of homosexuality and right in their crosshairs was Margaery’s brother, Ser Loras (Finn Jones).

Margaery’s imprisonment forced into her most challenging and horrifying circumstances. It was one thing to be twice widowed, to spar for power with Cersei. It was another entirely to be imprisoned by an army of religious zealots alongside your sibling, wondering quite understandably at what point your head was going to be on the literal chopping block. Her visit to her tortured and broken brother in Season 6 was an electrifying jolt and she formulated a plan. What that plan was, we will never know, because it was incinerated along with the Sept of Baelor and everyone within and around it. 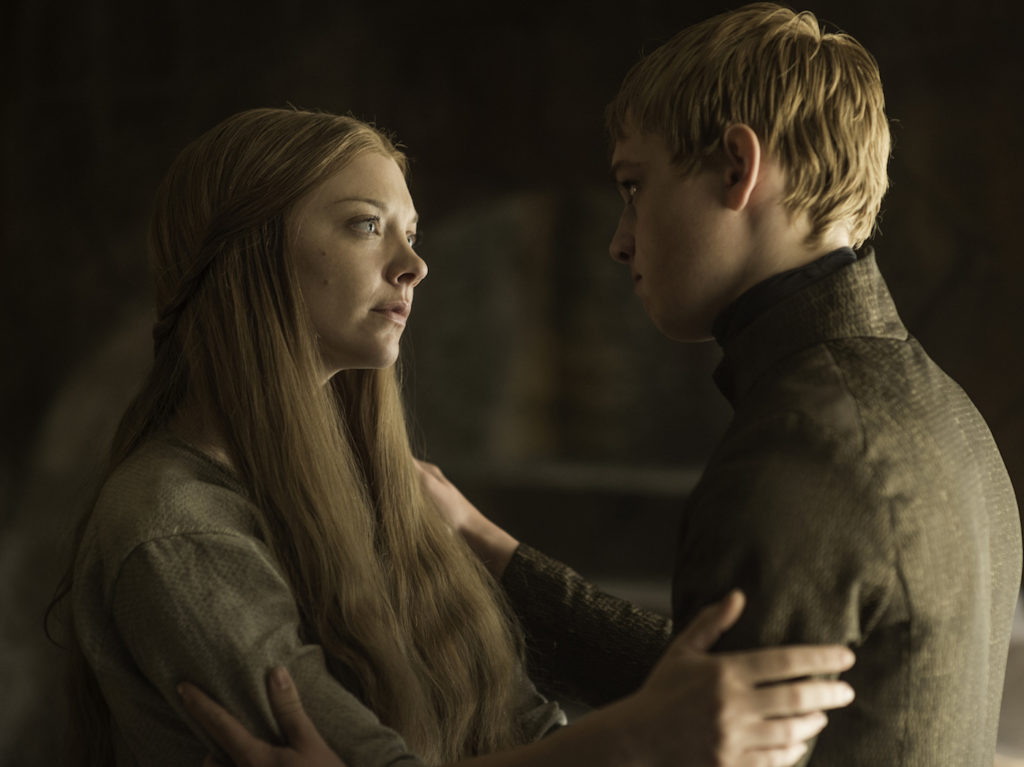 Margaery’s trademark characteristic as a character and one that made her so valuable to the Thrones landscape was her ability to adapt to any circumstance, no matter how dire. She was superbly skilled at navigating the trickiest of waters. She skillfully used Joffrey’s sadistic enjoyment of wanton violence to tie him around her fingers. She tied herself closely to the throne at just the moments where it served her political ambitions. In one of her most pivotal scenes, she was sitting before the High Sparrow (Jonathan Pryce), confessing to who she was and who she believed the High Sparrow wanted her to be.

The most skillful manipulation, the kind that Margaery was most adept at, is the kind that blends together fact and fiction together so dutifully that it becomes almost impossible to tell them apart. The most pivotal scene that perhaps gets to the essence of who Margaery was, the scene that arguably should have nabbed Natalie Dormer an Emmy nomination, is her “confession” to the High Sparrow in “Blood of My Blood.” It’s a scene every writer dreams of, distilling down to the core as to who a character is without betraying their essence.

Margaery was an enigma. She was a woman who navigated the halls of white male dominated power with an understood duty to reveal as little about who she was while allowing people to perceive the most about her. It was a delicate dance, a real game of thrones, and when she confessed to the High Sparrow who she was, it is left up to the audience to decipher the degree of truth behind her. Was she, as she said, just a politician who fed the orphans of King’s Landing purely because it looked good and people were watching? Was she someone who was solely moved to do the right thing for its rewards and never just because she might have had genuine empathy for the plights of others?

My reading of Margaery is biased from my perspective of seeing bits of myself in who she is, but I find her to be a complex human being who truly enriched the tapestry of Thrones. Margaery is driven by a selfish desire for power, there is little doubt to that, even if it is formed by the systems and society in which she was raised. She is a master manipulator and her skills are no doubt envied by a number of people who find themselves in some form of power. But I do not buy the version of Margaery she sells to the High Sparrow for I believe that there was a part of her that felt empathy for the plights of those who belonged to the marginalized castes of society. Her empathy arguably existed to the extent that it involved her upholding the system of power that hurt the people in those castes, but that in and of itself is a much more complicated picture of a person than one driven purely by a desire for power or empathy. I am not sure who Margaery truly was in her components, the Queen, the confidant, the benefactor. It is likely that we will never know and in trying to understand her, especially in relation to those around her, we may discover a thing or two about ourselves and where we are in the systems of power that benefit some at the expense of the many. 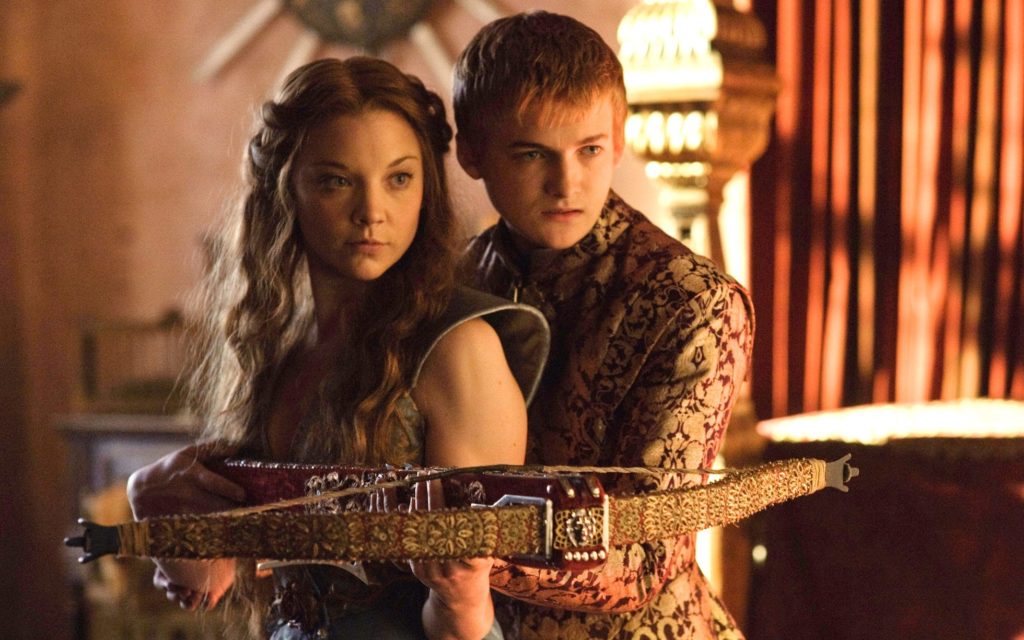