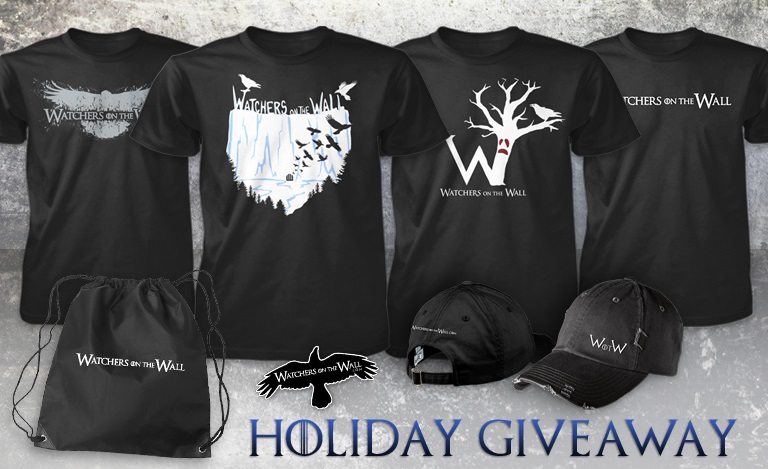 We’ve reached Day 3 of Watchers on the Wall Holiday Giveaway Week, and it’s time we bring the celebrations home!

As with all giveaways this week, this contest is worldwide, and anyone can join! To enter the contest, just leave a comment in the post here on WotW. You have 24 hours to enter each new giveaway every day. (More detailed instructions and FOUR more entry methods can be found below!)

One more thing- the winner of yesterday’s giveaway! The winner of Day 2, who will receive a very cool (no pun intended) Night King figure is….

For additional or alternate entries (making it possible to have 5 entries total):

Entries for Day 3: Watchers on the Wall Prize Pack are accepted for 24 hours, until 4PM EST, on December 15th, 2016. The winner will be randomly selected and announced shortly thereafter on Thursday.

**The contest is worldwide.** The winner is selected by random drawing. The winner must respond within 72 hours of notification or will forfeit their prize and another winner will be selected. The winner must have a valid shipping address.

Visit Monday’s post to check out our Holiday Week of Giveaways!