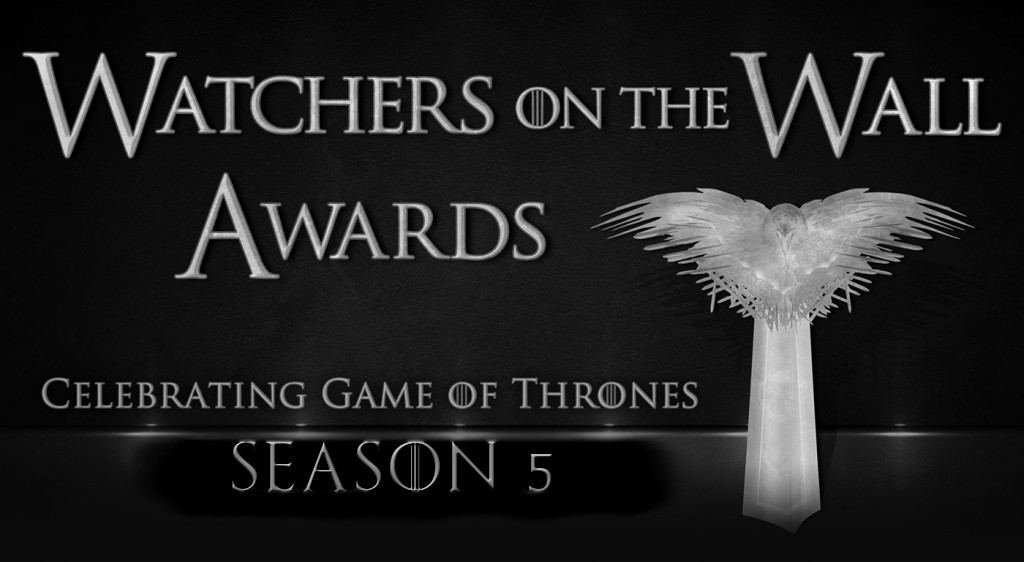 We started with the ladies, now we’re continuing with the gentlemen for the next category in the Watchers on the Wall Awards! Today we’ll be voting on the Best Supporting Actor for season 5 of Game of Thrones.

But first up, we’d like to announce the Best Actor nominees! In a situation similar to the one with the Best Actress category, the field for lead actors is quite narrow. So we’re going to skip the prelims for this category, and go ahead with presenting your Best Actor finalists as:

Onto the Best Supporting Actor voting!

In the preliminary round voting, we need to narrow the selection down to a top 5. In order to find your top 5 picks for Best Supporting Actor, we’re asking that each of you select up to FIVE nominees from the poll. You can choose fewer if you like, but you cannot choose more than 5.

At the end of 72 hours (Saturday  8/22/15 at 9:00AM EDT), whichever five actors have the most votes will continue on to the finals. (Note: in the final rounds, you will only have one vote to cast in each category!)

The results of this poll will be revealed when it’s time to choose the final winner of Best Supporting Actor, in a few weeks. For now, campaign for your favorites and debate the candidates in comments. And it’s a long list- you should have plenty to talk about!

Bonus shout-out to Greatjon of Slumber for tallying the nominations!

Haven’t voted yet for Best Supporting Actress? You still can! You have one more day, until Thursday at 9AM EDT. GO VOTE!