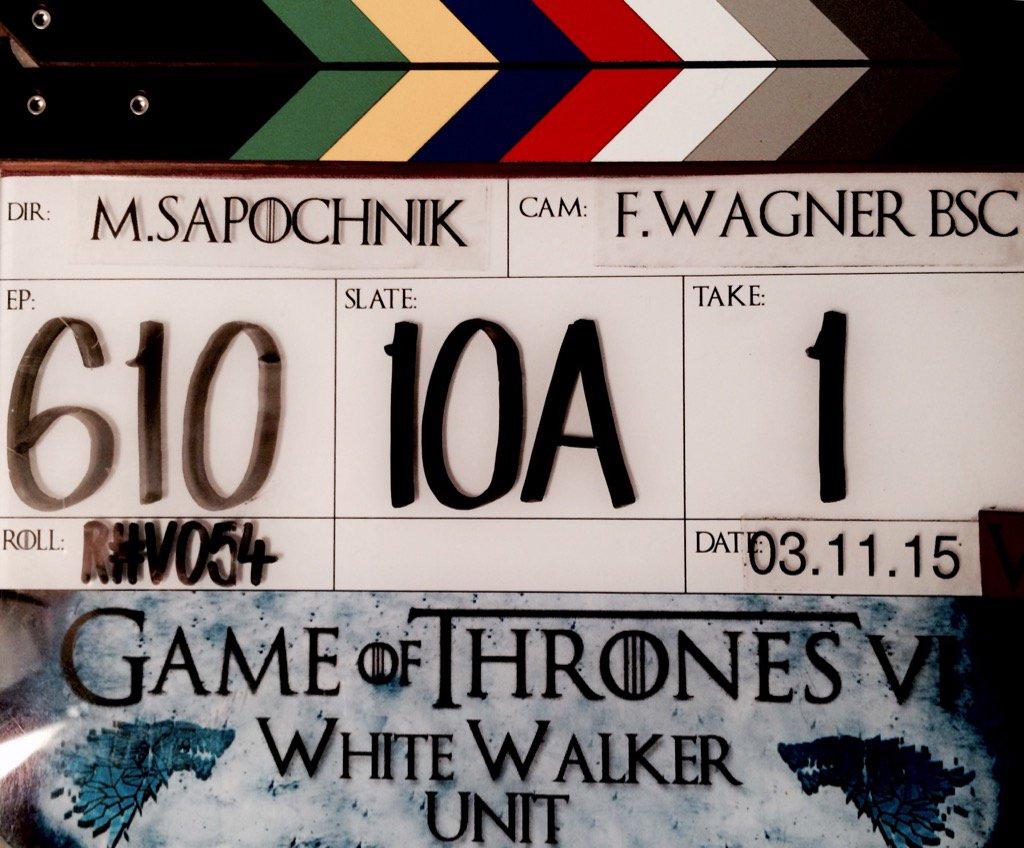 Director Miguel Sapochnik shared this photo today of the clapperboard for the Game of Thrones season finale, with the filming dated November 3rd. The director of photography will be Fabian Wagner, who also handled those duties last year for “Hardhome” and “The Gift.” It’s great to see this pair re-teaming for the season 6 finale.

Interestingly, the filming unit is labeled “White Walker Unit,” instead of the usual Wolf or Dragon Unit. During season 3’s filming, there was also a “Raven Unit” but the show resumed having two main units after that season. Now we’re back to three, it seems:

According to his newest Instagram post, the Mountain is coming back to Belfast. Hafþór Björnsson posted a photo from the Dubai airport and indicated by hashtags he might headed for the Belfast City Airport.