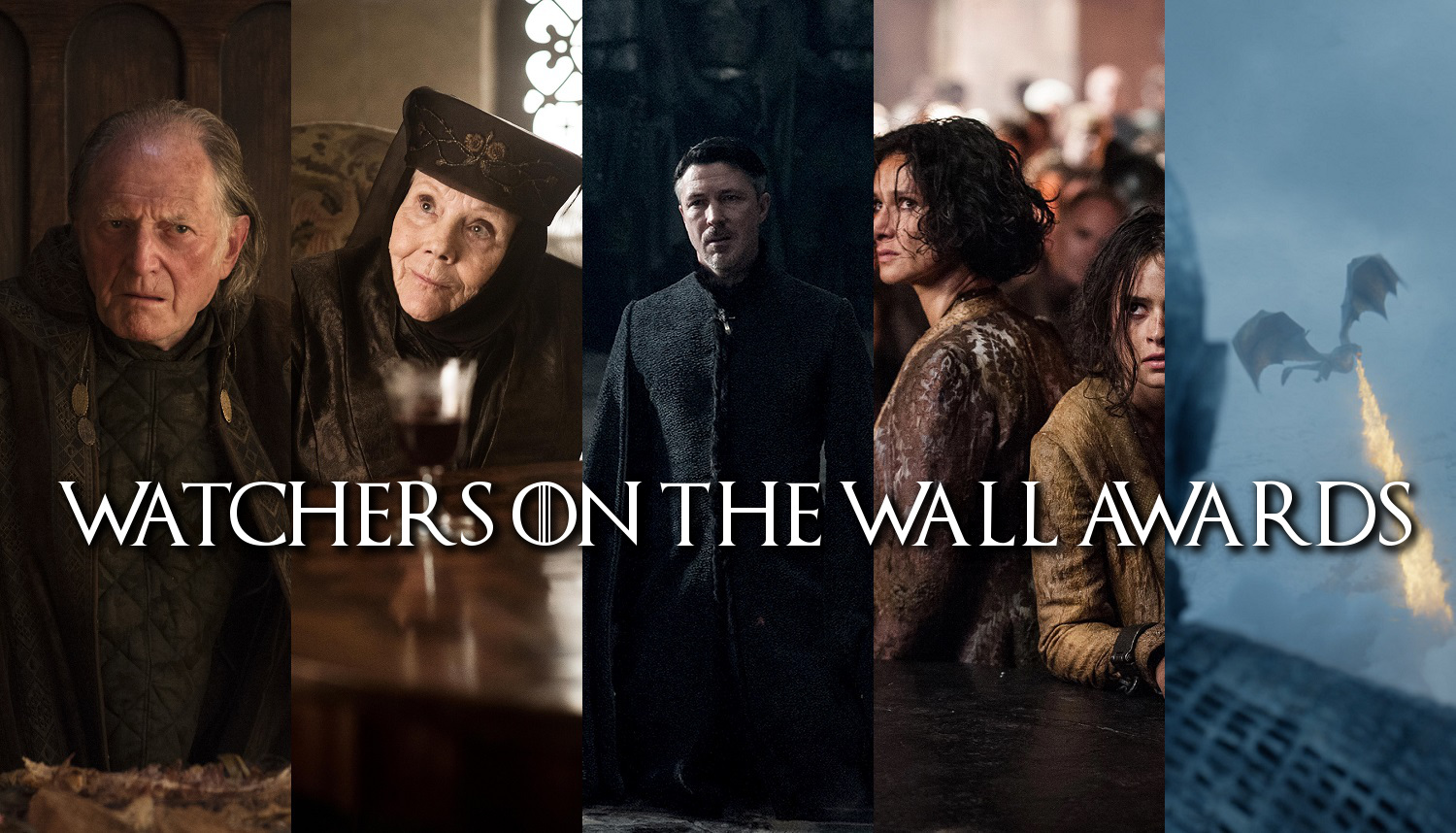 There are many twists and turns on Game of Thrones, but death is a constant and this show makes an art of it. Season 7 wasn’t quite the bloodbath that last year was but there were still a lot of bodies hitting the ground in a variety of dramatically satisfying and creative ways. From the opening scene of this season until the finale, GoT brought the carnage, providing plenty of potential for Best Death Scene at the 2017 Watchers on the Wall Awards. We’ve narrowed the nominees down to five, after the preliminaries; it’s time to rewatch, ponder and vote for your favorite!

The final nominees for Best Death Scene are:

Winter comes for House Frey, with a little help from Arya Stark and some poison.

Olenna Tyrell downs her wine and sends a final message.

Petyr “Littlefinger” Baelish finally gets what’s coming to him and has his throat slit.

Tyene Sand is poisoned by Cersei, as Tyene’s mother Ellaria is locked away with her forever.

Viserion the dragon is felled by the Night King.

Final round rules: Cast your vote for the winner in our Best Death Scene poll. In the finals, unlike the preliminaries, fans have one vote to cast. At the end of 72 hours (Saturday 12/16/17 at 5PM ET), the scene with the most votes will be the winner! The results of the poll will be revealed during the live Watchers on the Wall Awards ceremony- specific date to be announced in the near future!