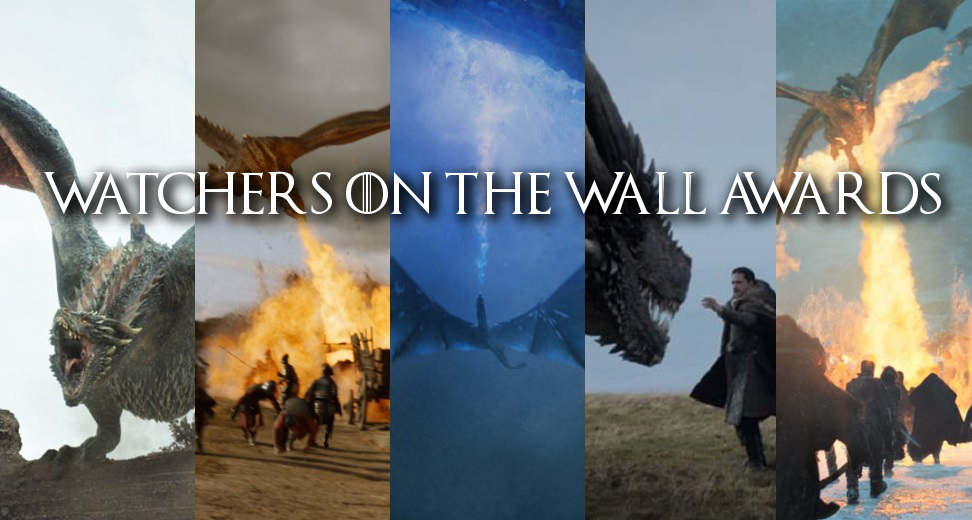 Best VFX Scene is always a tough category at the Watchers on the Wall Awards because some of the best visual effects on Game of Thrones will never be noticed- and that’s how it should be. But we still love to celebrate the huge effects-heavy scenes that GoT is so incredible at, so it’s time to dive into the pool of flaming-hot nominees and come up with a winner!

The final nominees for Best VFX Scene of season 7 are:

Daenerys arrives with her dragons, Viserion is killed, and Jon & company take on army of wights

The Dothraki jump through the flames, as Drogon turns soldiers to ash and lays waste to the loot train

Undead Viserion brings down the Wall, and the army of the undead walks through

Final round rules: Cast your vote for the winner in our Best VFX Scene poll. In the finals, fans have one vote to cast. At the end of 72 hours (Saturday 12/230/17 at 12PM ET), the scene with the most votes will be the winner! The results of the poll will be revealed during the live Watchers on the Wall Awards ceremony- specific date to be announced soon!