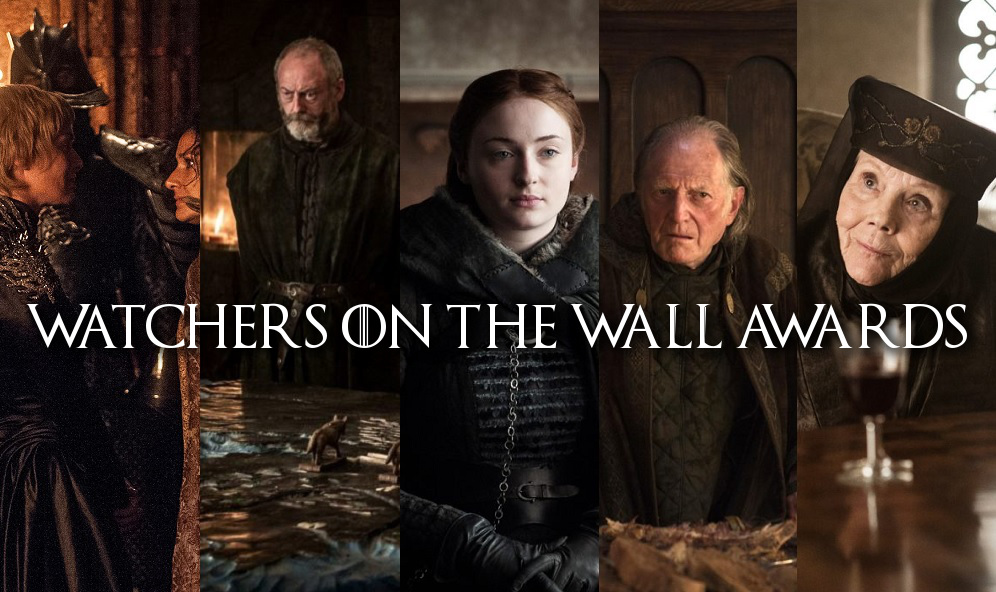 The characters of Game of Thrones have a lot to say, and they always do it with style. In our Best Speech category at the Watchers on the Wall Awards, we celebrate the big moments of season 7 when characters stepped up and spoke their minds with wit, panache, and all the drama we expect from our favorite show. Last year saw the little bear Lady Lyanna Mormont take the prize with her season 6 declaration for the King in the North; who will take it this year?

The finalists chosen by our readers for Best Speech are:

Olenna Tyrell sends her regards to the Lannisters:

Davos make a case for Jon’s cause before Daenerys:

Sansa uses Littlefinger’s lessons against him:

Cersei delivers vengeance for her daughter against the Sands:

Final round rules: Cast your vote for the winner in our Best Speech poll. In the finals, fans have one vote to cast. At the end of 72 hours (Tuesday 1/2/18 at 6PM ET), the speech with the most votes will be the winner! The results of the poll will be revealed during the live Watchers on the Wall Awards ceremony- date and time to be announced tomorrow!