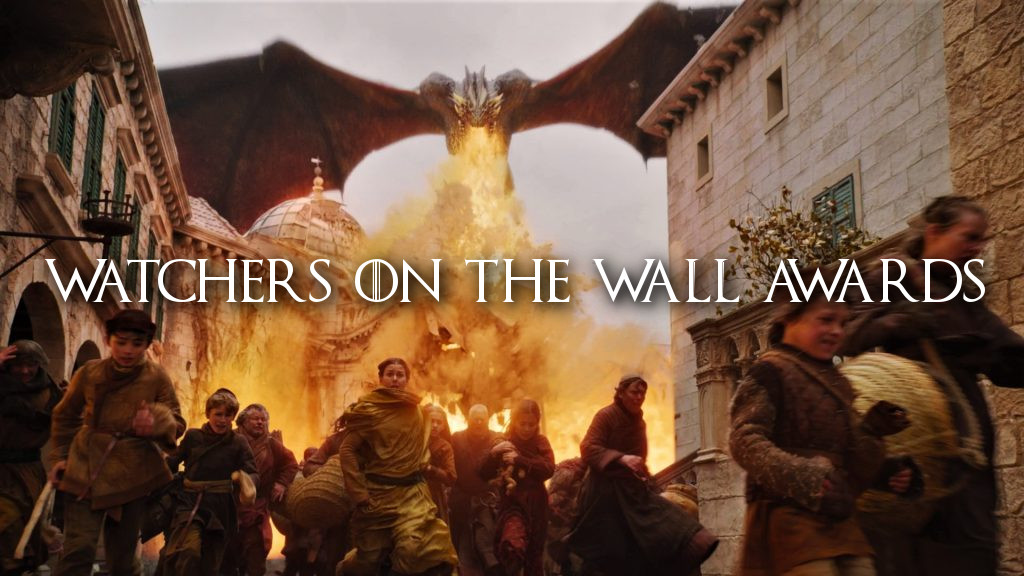 After a long and thorough fandom process, we’ve reached the end of the road in the voting for the Watchers on the Wall Awards, with today’s categories: the Funniest Scene and Best Visual/Special Effects Scene of Season 8.

Additionally, we’re happy to announce that we’ll be revealing the winners of the Watchers on the Wall Awards on Friday, January 10 at 8PM ET. Join us for a live ceremony, streaming from YouTube and embedded here at Watchers for your enjoyment. As we share the winners, we’ll be looking back on the final season of Game of Thrones, reminiscing over the good, the bad and the ugly, and throwing in a few giveaways just for fun!

Now onto the voting! In the category of Funniest Scene of Season 8, the finalists are:

Tormund tells a tale of a giant and her milk

Drogon stares at Jon and Dany making out

Tormund is reunited with Jon enthusiastically

Tormund cries to the Hound about Jaime taking Brienne from him

The voting poll is found at the bottom of this post.

And in the category of Best Visual/Special Effects, the finalists are:

Jon and Daenerys take on the Night King by moonlight, with their dragons

Drogon destroys the Iron Throne and carries away Dany’s body

Daenerys and Drogon lay waste to King’s Landing with dragonfire

Daenerys make a speech to her legions, and spreads her wings

The Dothraki charge the army of the dead

Final round rules: To choose the winners, cast your vote in the polls below. Please make sure you vote in both polls and click VOTE on each poll! At the end of one week (Saturday 1/04/20 at 5PM ET), the scenes with the most votes will be the winners! The results of the polls will be revealed during the live Watchers on the Wall Awards ceremony on January 10th.

Funniest Scene of Season 8 – Final Round!

A massive thank you to everyone who makes the Watchers on the Wall Awards happen, from the initial suggestions for nominations, to every voter along the way!