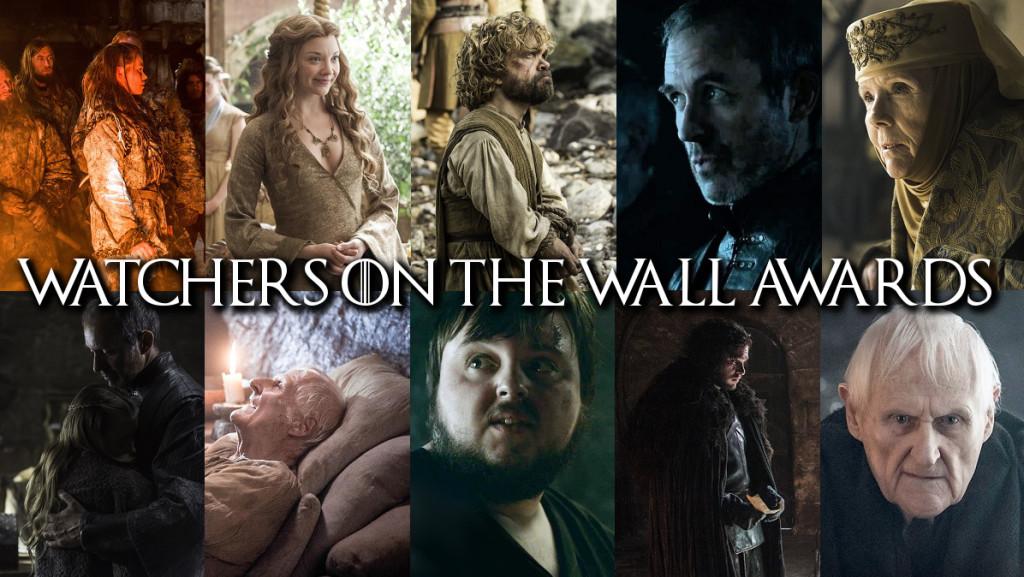 We’ve almost reached the end of Watchers on the Wall Awards voting! Today’s categories, celebrating the best quotes of Game of Thrones season 5, and Friday (Best Episode), will close out the final rounds. It’s a lengthy process, but the voices of the fans have spoken loud and clear throughout and carried us to this point.

And now today, we’re here to vote on the Best and Funniest Quotes of the season. The finalists were all chosen by preliminary round voting. Preliminary round poll results for both categories found here!

For the All-Around Best Quote of Season 5, we have:

The final round polls will be open for 48 hours: Best Quote and Funniest Quote beginning now and running until 10/2/15 at 7PM EDT. The results will be revealed at the Watchers On The Wall Awards ceremony in a couple weeks!