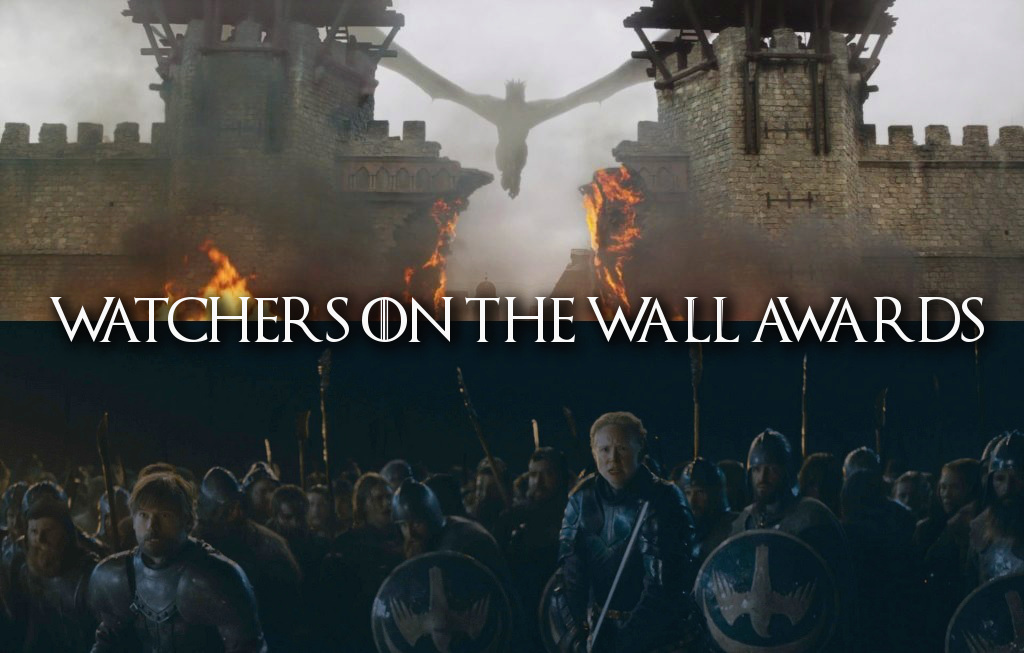 Welcome back for another exciting round of Watchers on the Wall Awards Finals! This week, as part of our ongoing celebration of season 8, we’ll be voting on the best action sequences of Game of Thrones. Every season is packed with action, and the final one was no exception. We break down our voting into Best Battle and Best Fight, and our readers have narrowed down the finalists for our categories today. It’s time to announce the final nominees, and vote!

The nominees for Best Battle are:

Battle for Winterfell (“The Long Night”)

Daenerys battles Euron’s Iron Fleet (“The Last of the Starks”)

Battle of King’s Landing ( “The Bells”)

*These are not the battles in their entirety- they’re too long for most YouTube clips, but this should be enough to refresh your memory! Or get you started on a bender of rewatching favorite GoT clips which is also fun.*

The nominees for Best Fight of Season 8 are:

Arya takes on wights with her customized spear on the ramparts

The Clegane Brothers fight to the death


Jon and Daenerys fight the Night King on dragonback

Jorah Mormont and Daenerys fight off wights together

Lyanna Mormont faces off against a giant

The complete results from round 1 voting for Best Fight can be viewed here.

Both polls are found below, so go forth, debate, consider and vote!

Final round rules: To choose winners, cast your vote in each category in the polls below. In the finals, unlike the preliminaries, fans have one vote to cast in each category. At the end of one week (Friday 11/25/19 at 12PM ET), the battle/fight in each category with the most votes will be the winner! The results of the polls will be revealed during the live Watchers on the Wall Awards ceremony, specific date to be announced in the near future.