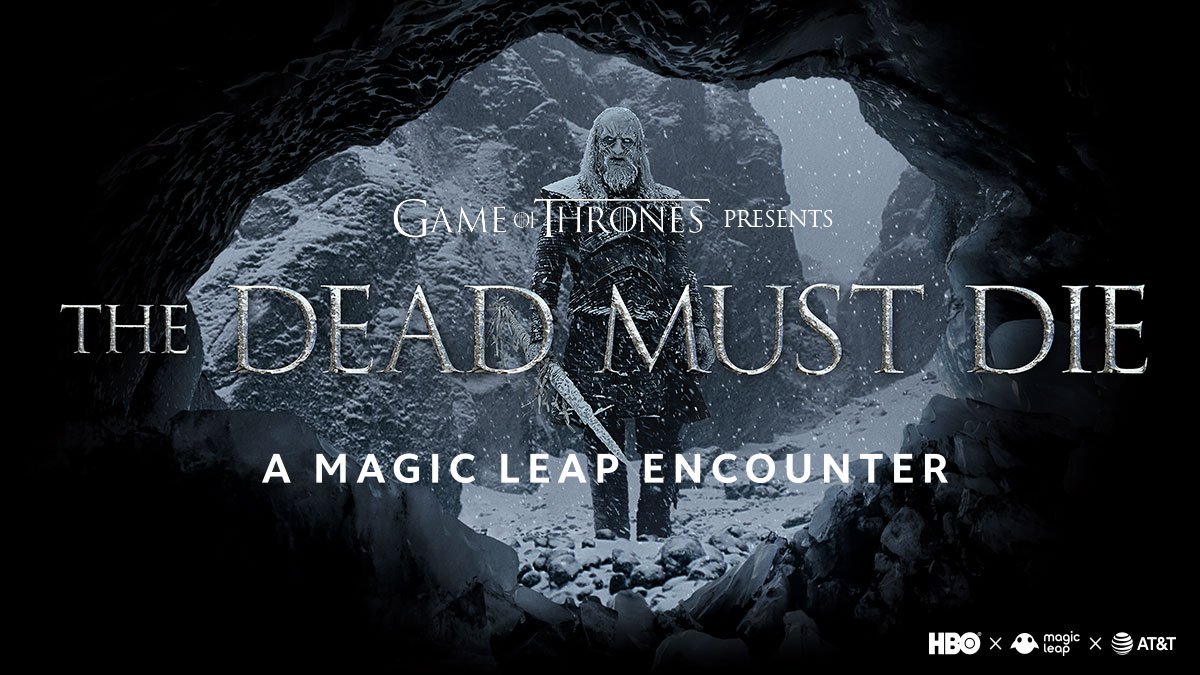 Yesterday, I had the honor of attending the augmented reality experience The Dead Must Die, at HBO and Magic Leap’s invitation. My verdict?

At the AT&T Flagship store in Boston, I was fitted with a Magic Leap One headset: 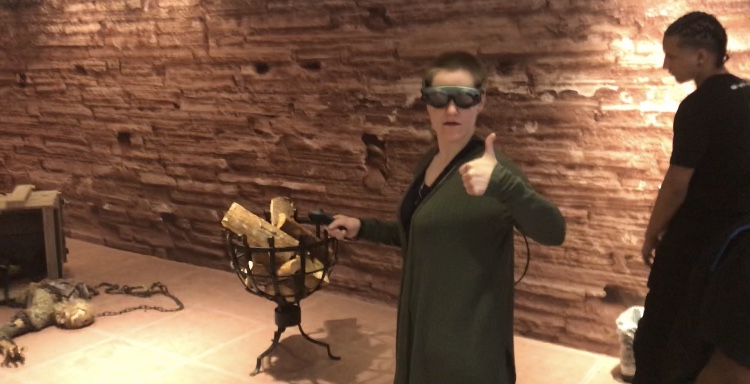 I walked around a physical space outfitted like a wight-ridden King’s Landing while carrying a a control that, through the headset goggles, resembled a torch. I surveyed the space covered in digital frost and lit a wight automaton and later a CGI wight on fire.

Ice coalesced over the far wall of the room and my torch transformed into a dragonglass dagger, at which point the ice splintered into a portal to the Land of Always Winter. A White Walker charged at me through the portal and I had the pleasure of stabbing him in the shoulder and watching him dissolve.

The experience lasted for only two minutes but it was well worth the wait. 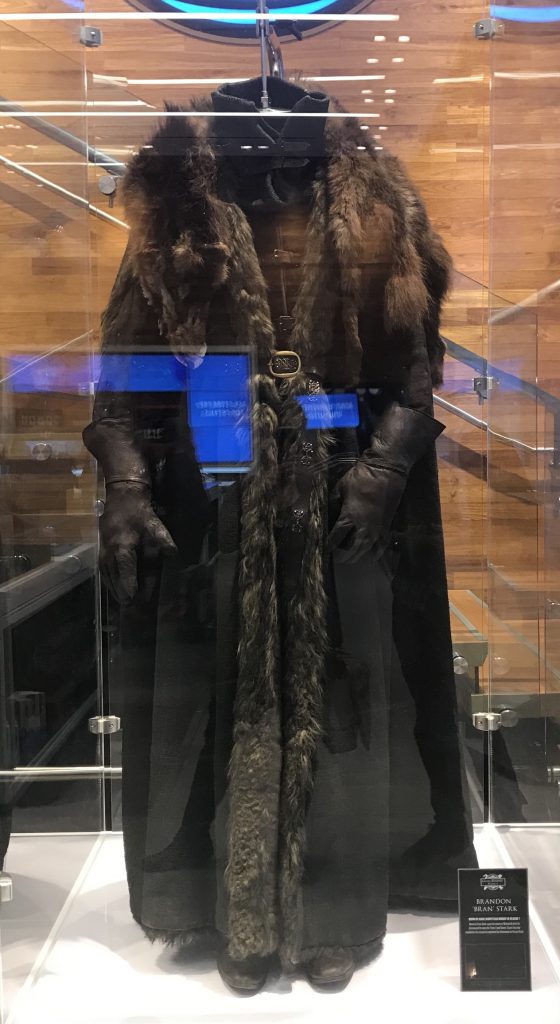 …and Kristian Nairn as Hodor (who, as we just reported, was at the store earlier that day and whom I was unable to meet, unfortunately).

There was also a clock counting down to the season 8 premiere. 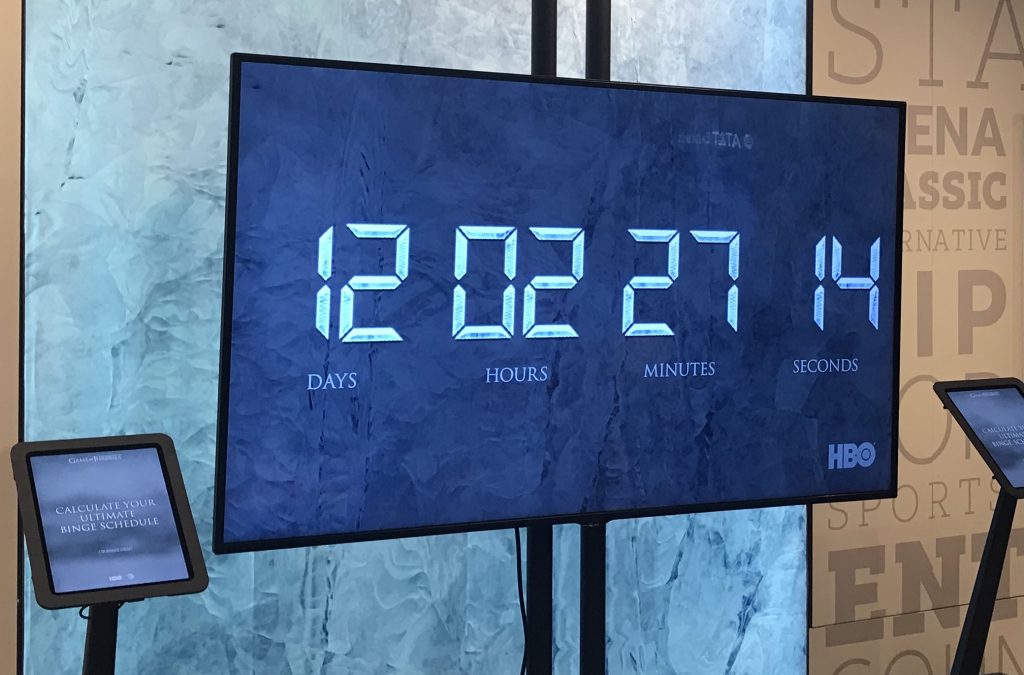 And, of course, there was an Iron Throne! 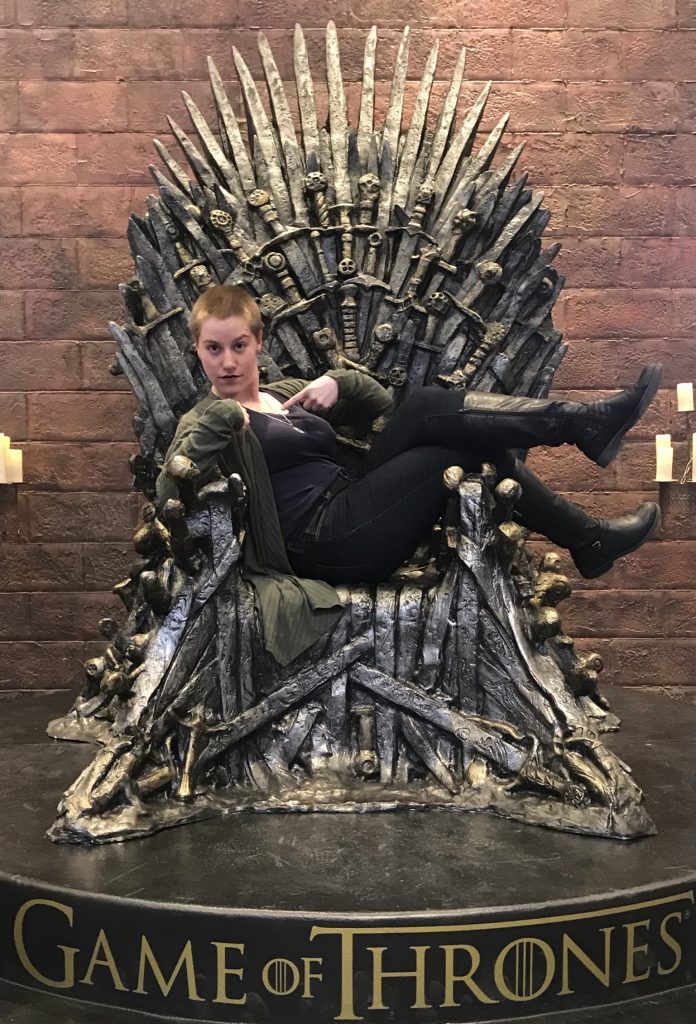