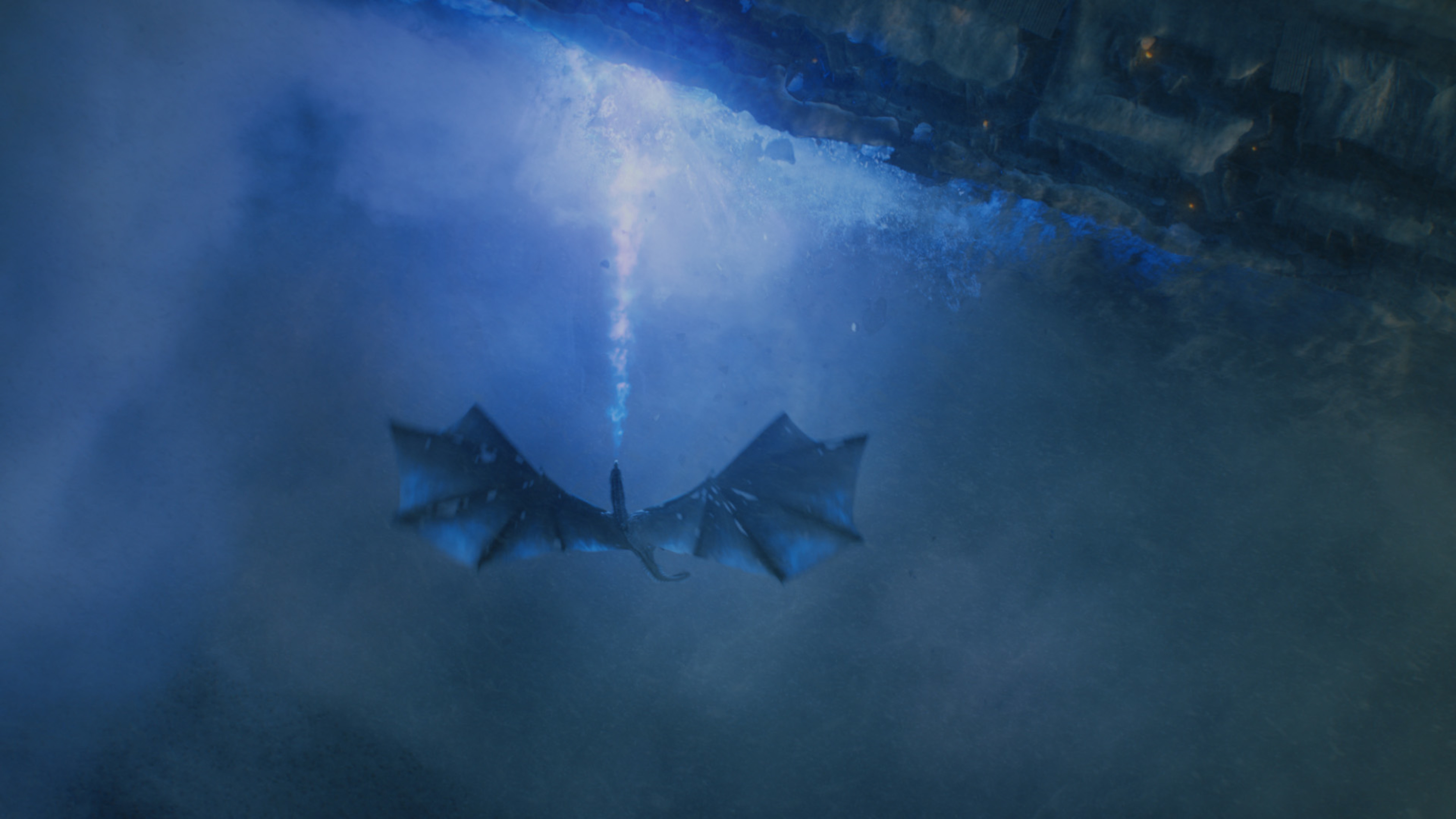 Viserion and the Night King bringing down the Wall at Eastwatch is just one of many spectacular visual effects created for “Game Of Thrones” during season 7.

Not wanting to peek behind the Game Of Thrones curtain is understandable — knowing the ins and outs of visual effects and other behind-the-scenes details can take away some of the magic of what’s supposed to be a fantasy world. However, bringing you news and info about ALL facets of the realm is part of what we do here at Watchers on the Wall, so we’ve rounded up a few VFX reels your viewing pleasure.

Mackevision has a clip highlighting how the visual effects team for Thrones manipulates a group of 20 or so Unsullied into looking like thousands and how Euron Greyjoy’s ship Silence was created by computer:

Zoic Studios‘ VFX reel features the creation of a lot of interiors, like the throne room at Dragonstone, the hallways of the Citadel and the inside of the dragonglass cave, layering the greenscreen over the set pieces to give us an idea of what was built and what was generated:

In addition, Rodeo Visual Effects, who worked with HBO for the fourth year in a row on Thrones, has photos from the set with sliders that reveal what it looked like to film and what the finished product looked like for viewers — including the sea battle between Euron Greyjoy’s Iron Fleet and the Targaryen-loyal Greyjoys and Martells, the army of the dead approaching the Wall, and Viserion spewing blue flame with the Night King on his back (I’M NOT CRYING YOU’RE CRYING): 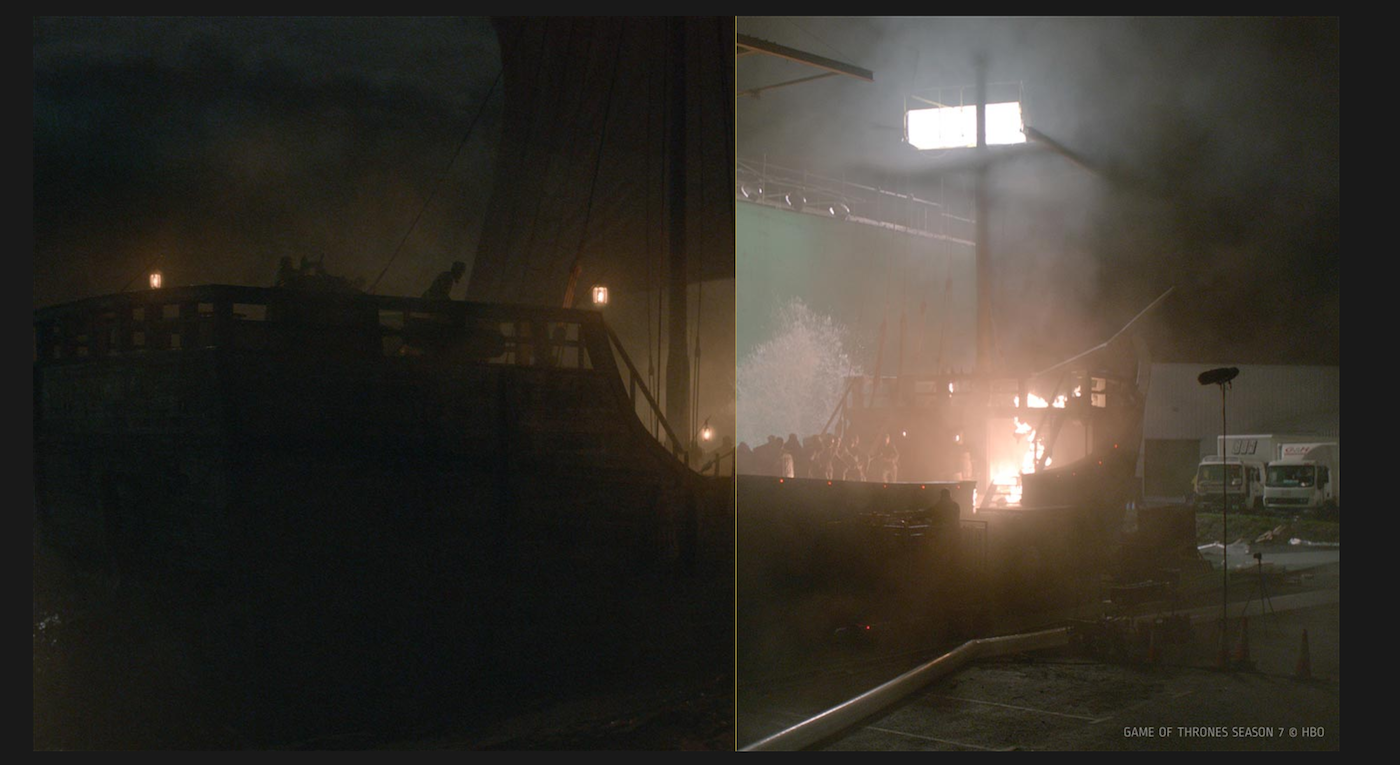 Filming the battle between the Iron Fleet and the Targaryen ships (right) and the finished product in the episode (left). 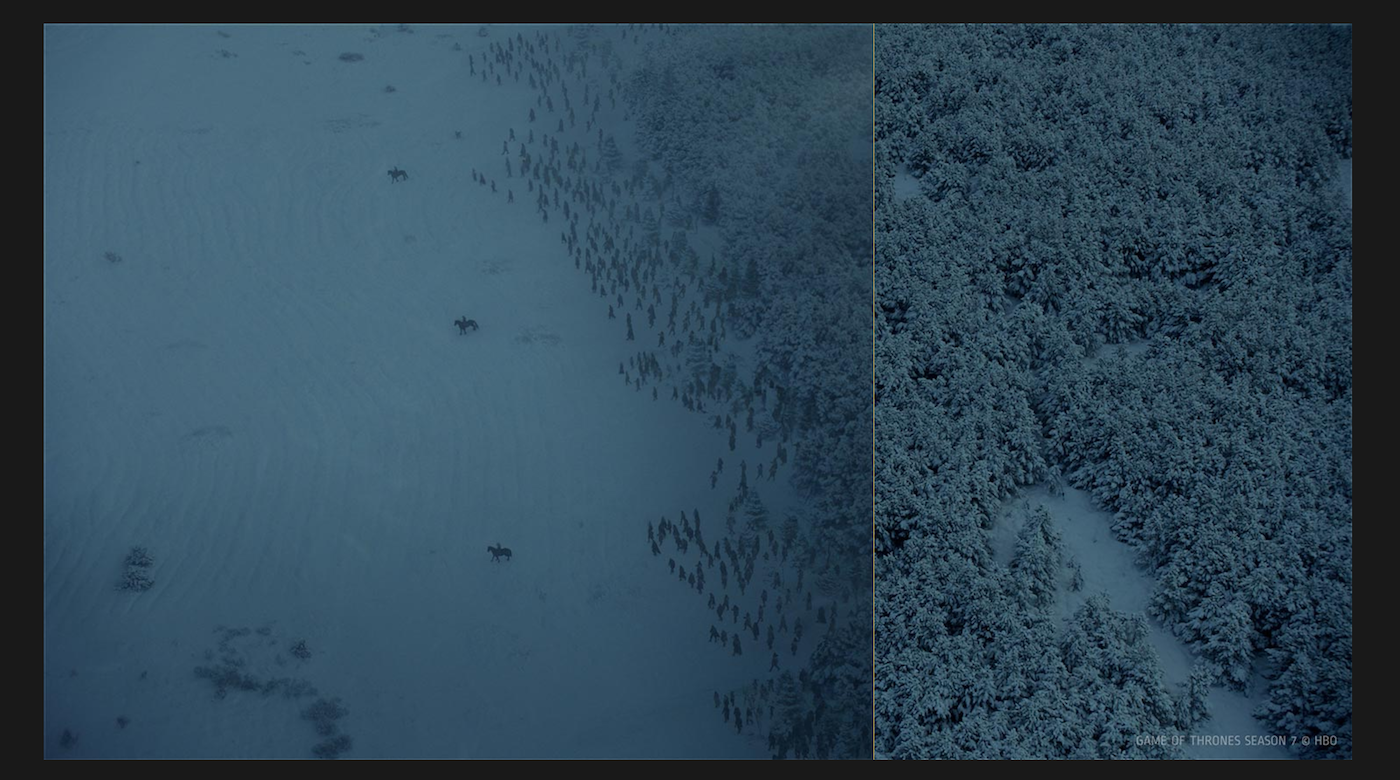 The army of the dead added via special effects (left), showing their approach to the Wall. 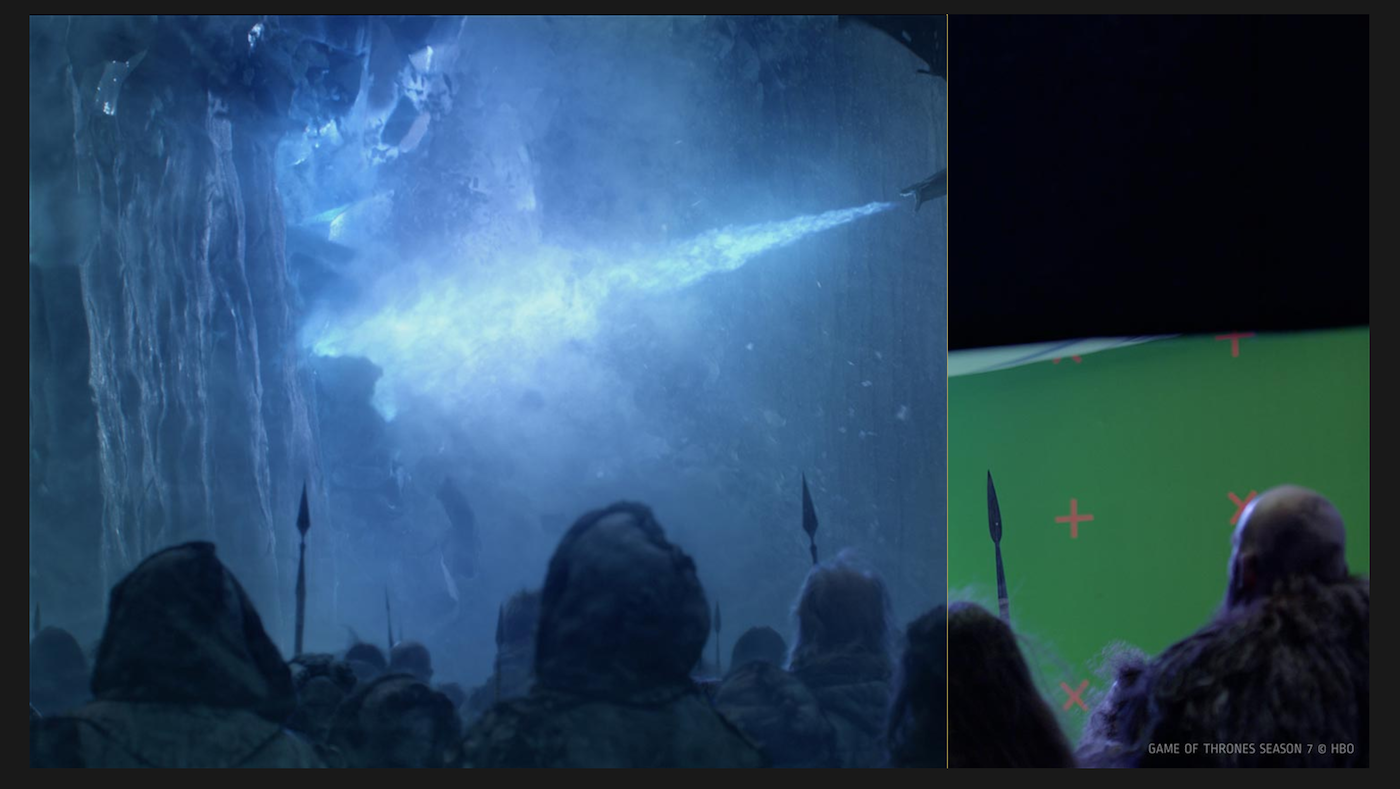 As impressive as the scene was of Viserion and the Night King taking down the Wall (left) in episode 7, the reality was filming in front of a green screen (right).

Special thanks to Ryan Neuner for submitting the VFX tips!