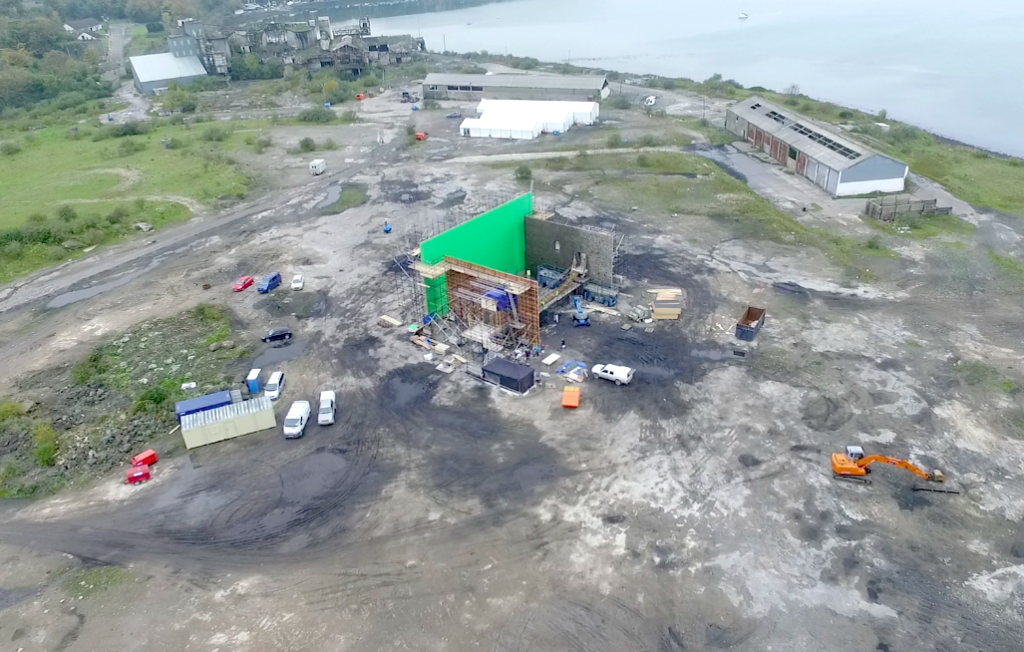 Game of Thrones activity continues at Magheramorne Quarry in Northern Ireland this week.  The old quarry and buildings there serve primarily as the backdrop for Castle Black and the Wall, and recently new sets have sprung up on the grounds surrounding it.

Once again, WotW reader John has provided images of the sights around Magheramorne. These pics were taken yesterday, showing the progress made in the area.

More painting and construction has been done, and green screens are now in place. It appears in the photo above that some sort of walkway or bridge has been made between two entryways, in the new set.

We’ve tucked the rest of the photos and more casting and filming news after the cut!

But first up- we’ve been able to confirm, thanks to the Dubrovnik News, that the photos posted yesterday online from Dubrovnik are not from Game of Thrones filming. NBC is shooting their new series Emerald City in Dubrovnik, causing the confusion. Sorry about the mixup! 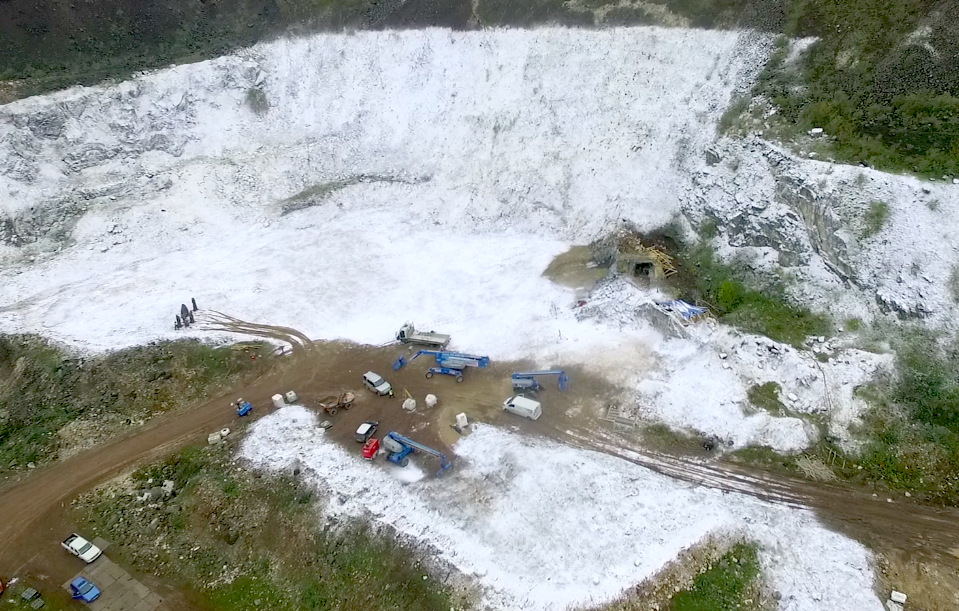 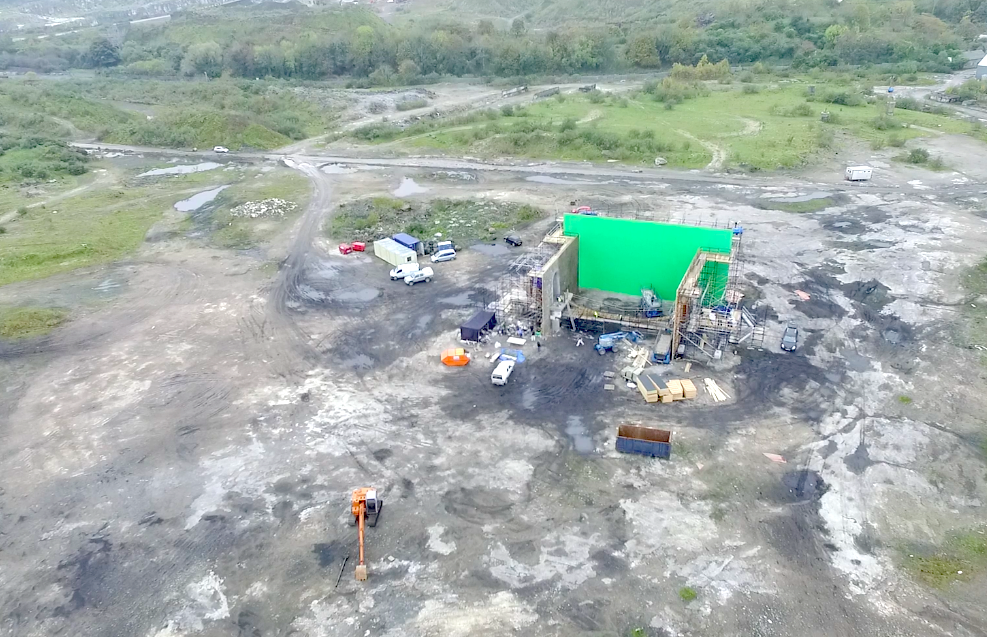 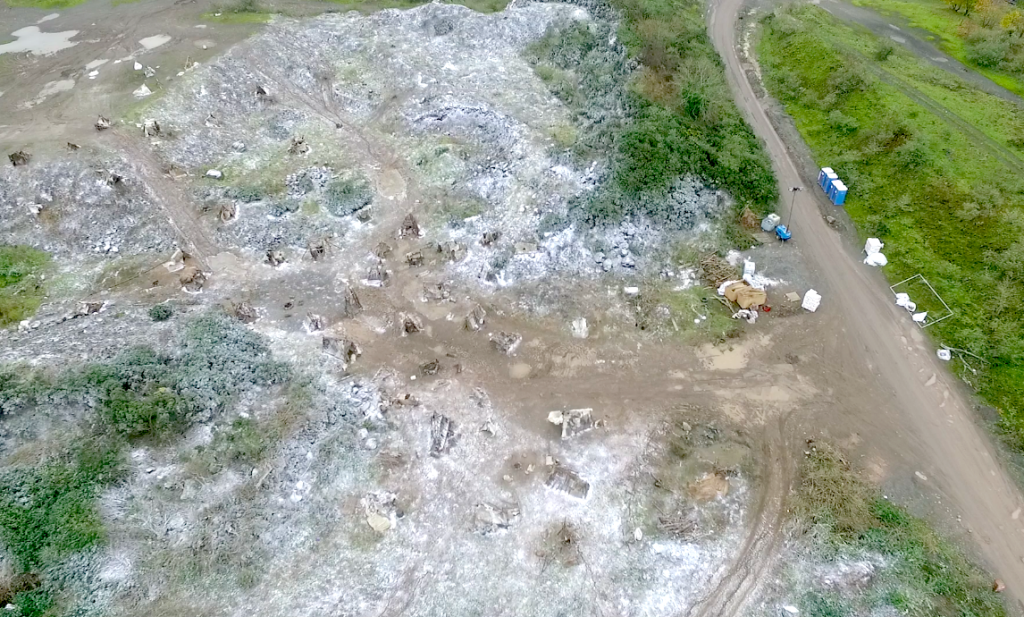 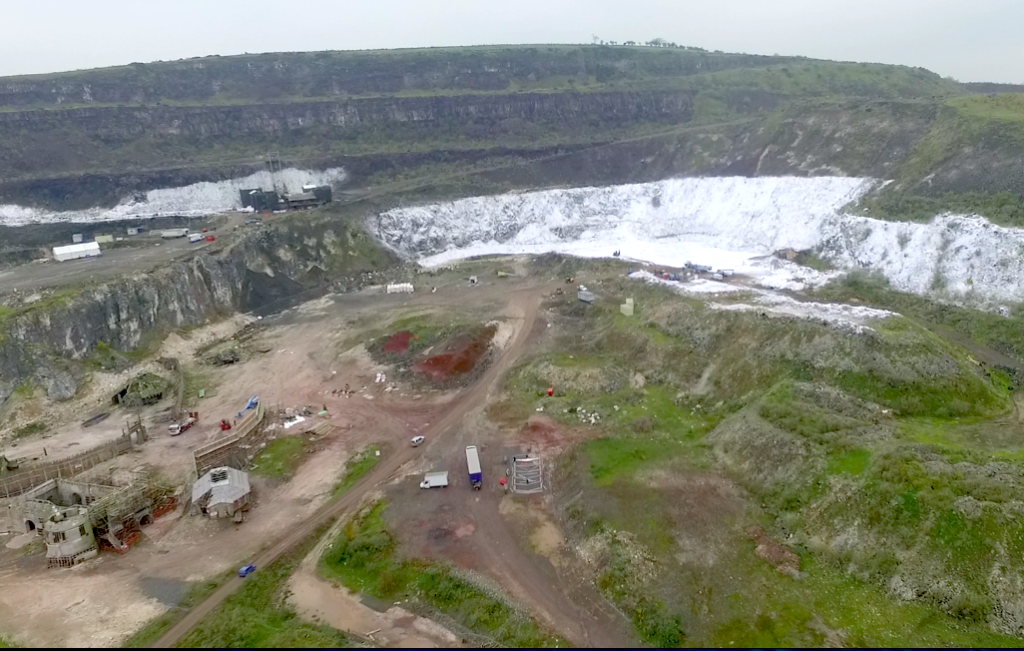 Sources tell us that Lena Headey (who’s been spotted in Belfast this week) has actually been around since last week. They say that Tuesday of last week, the actress was shooting scenes for Game of Thrones up at Shane’s Castle in Northern Ireland.

Shane’s Castle has been used for many things on GoT, but last year was featured mainly as the site of the High Sparrow’s simple sept where he confronted and arrested Cersei. 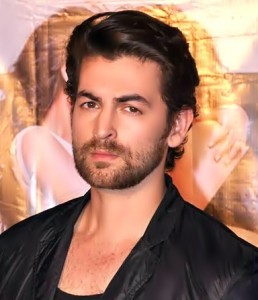 Indian star Neil Nitin Mukesh has been reported in some publications as nabbing a role on Game of Thrones as a “royal” in season 6.

It doesn’t appear that the casting is solid yet though. When asked about the rumors, the actor clarified, “Nothing is confirmed so far. All I can do is keep my fingers crossed. Though Game Of Thrones is one of my favorite series.”

HBO has declined to confirm a potential casting at this time.