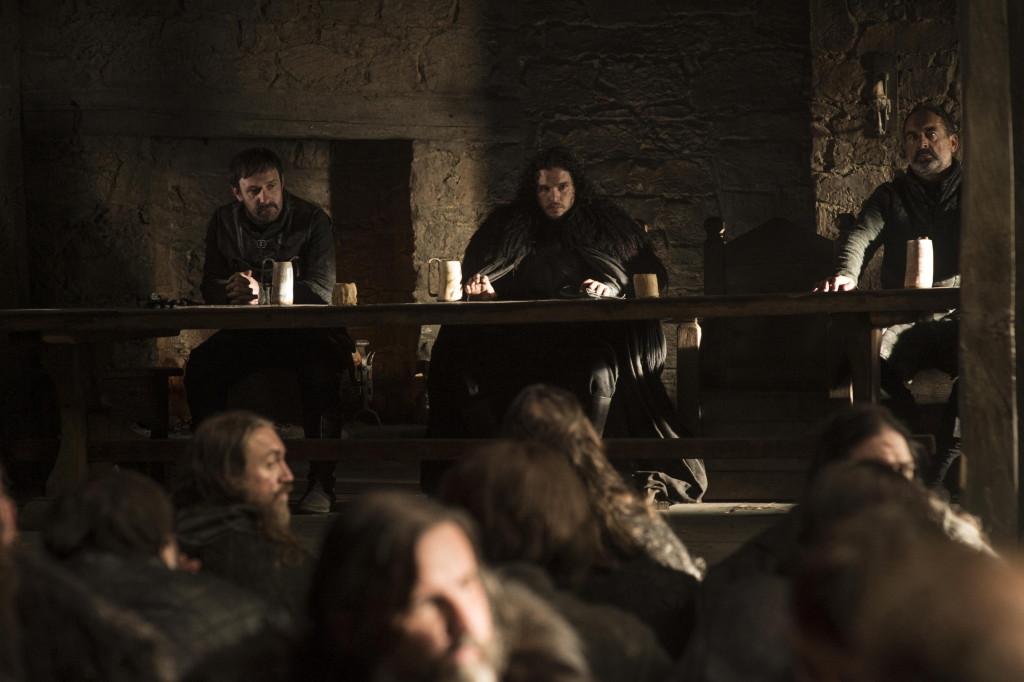 Welcome to the house of cold and ice. You have a found a man and his illustrious Unsullied recap at everyone’s favorite GoT destination, Watchers on the Wall.

I would highly recommend following whatever orders you might be given. There is a new LC at the CB, and he doesn’t take kindly to men who disregard or openly oppose his demands.

Thanks for joining the Unsullied army, as we all get a little closer to being on a level playing field. 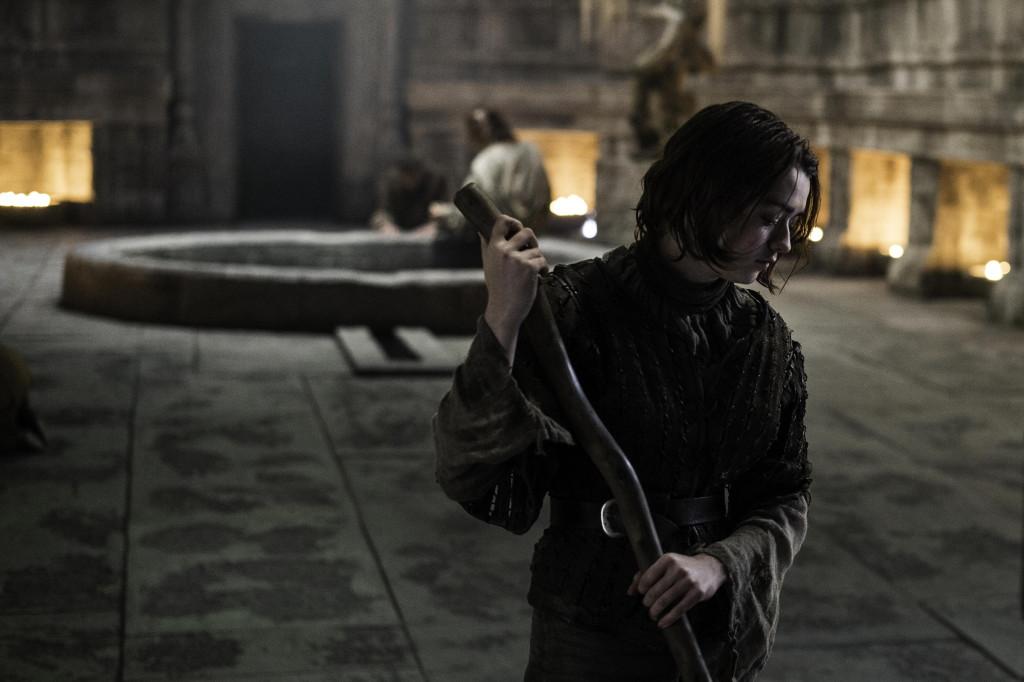 All men/women must serve. And at the Jaqen Day Spa and Therapy, all men and women must pay their dues with the keeping of the floors before receiving their death bath and massage (don’t drink the water).

In the journey to becoming no one, no one will talk to you, at least in the beginning. But later, a girl with no name enters Arya’s bunkroom to give her a few B&W pledge lashings. Luckily, no one shows up to tell Arya that to become no one, you have to disown Arya’s belongings. Arya confused? 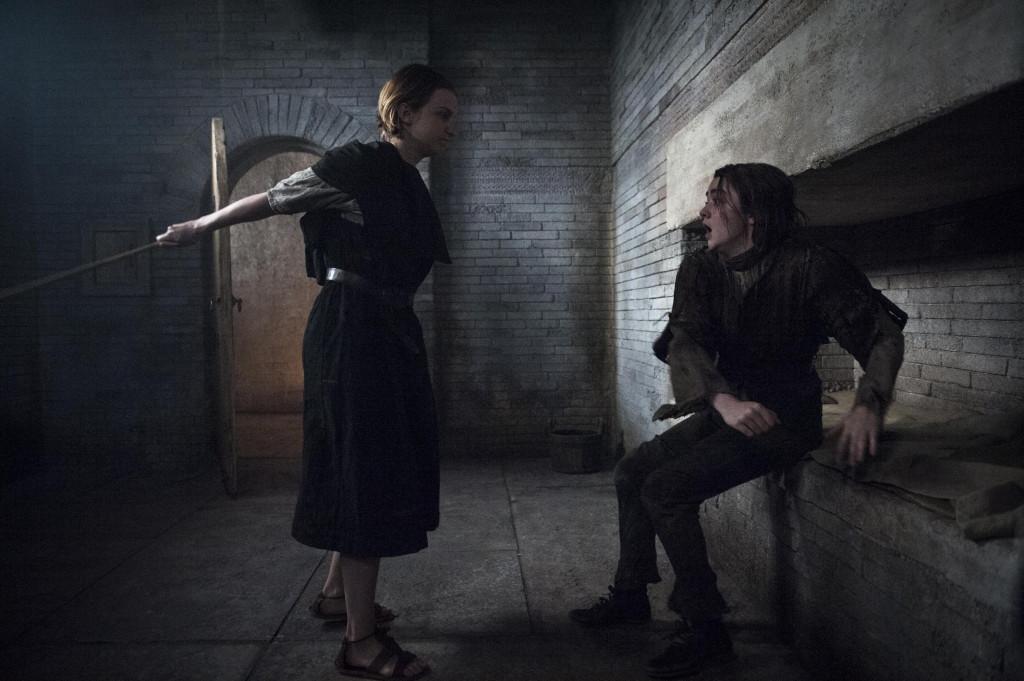 Arya finally gets a much needed wardrobe change and brought Ozzette to tears with the potential toss of needle into the depths of the sea. But instead, she hid it in a rock wall preserving at least a small piece of where she came from.

Next up, we get a wedding (and a wise choice to skip out on a reception). Luckily for Tommen, this wedding gets a bedding.

Tommen doesn’t feel any guilt from benefitting from the death of his brother, a notion that is likely shared by millions of men who adore Natalie Dormer.

Margaery’s idea from 501 regarding getting Cersei out of King’s Landing is revealed here by working her magic in the bedroom and potentially making it Tommen’s idea. Of course, Cersei catches on rather quickly and goes to pay the new Queen a visit.

Margaery wastes no time in showing her newfound royal confidence to Cersei by cracking wine jokes and talking about sex with her son and even debating how she should refer to her mother in law. But Cersei knew this was coming, right?

One of my questions from the wedding is this: If Cersei is aware of the future as given to her by the witch in episode 1, why would she allow Tommen to wed Margaery? Is it simply to bond the Houses of Lannister and Tyrell? The need of Tyrell funding? And even so, if all of the prophecies alluded to by the witch have come to fruition thus far, wouldn’t you somehow attempt to change that course?

Fuck it. Let’s go to Winterfell and talk about, what else? Weddings. 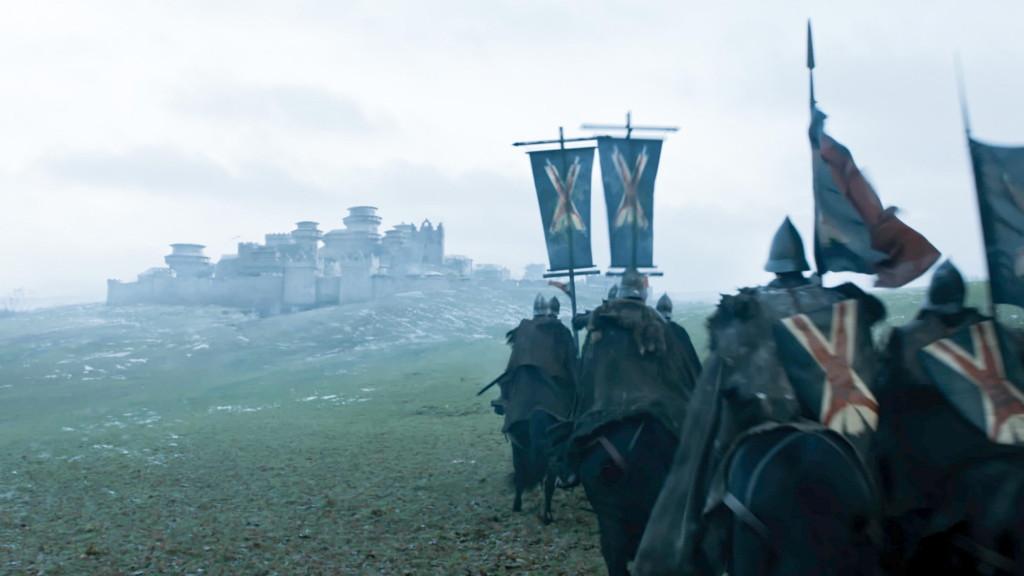 And what better way to introduce the new Winterfell than with flayings and food, and Roose and Ramsay and Reek?

Of course, the implied shocker here is the idea of Sansa being proposed to marry Ramsay (although the concept of Sansa going to Winterfell was somewhat spoiled by seeing her in the crypt in one of the Season 5 trailers).

Put two and two together, and this was not quite as big of a shock as it should have been. In fairness to other members of the Unsullied army, Ozzette was horrified and did not see it coming.

But why in Seven Hells would Sansa agree to it? Her options are undeniably limited. I get that. And she obviously knows very little about her hubby in waiting. But still, Roose killed Robb, and she is at least aware of that.

Want some spec? Here it is: at some point, Sansa is going to run into Theon and either he will snap out of his state of Reekness and warn her, or she will simply comprehend the state he is in and see the writing on the wall.

Regardless, the common theme with Ramsay will prevail: If you think this has a happy ending, you haven’t been paying attention.

That is, unless Brienne saves the day.

The other side of this agreement featuring Roose and LysaKiller should become even more intriguing as it progresses. The player and flayer, together at last and feeling each other out.

Is it safe to assume that Cersei has summoned LK to King’s Landing and thus is the reason Roose wants to see the response? Of course, the only safe assumption is that it’s not safe to assume. But this would make sense I suppose.

Quick note: I enjoyed the dialogue between BriPod/Broderick/create your own witty duo name here. The backstory on Brienne and Renly helped solidify why she felt so deeply for him and most importantly, that borrowing ham in Westeros is an unwise strategic move.

Could the dialogue be a set-up for Brienne actually helping the Boltons? She spoke about avenging the death of Renly and knowing that Stannis was the culprit. She is traveling North, and Roose is in need of more support. And now we know that Stannis is heading to Winterfell very soon.

I think I would be happy with a complete episode of nothing but Jon and Stannis in conversation. But Jon and Davos are pretty damn intriguing too, and considering that Davos could sell ice to Wildlings, you have to wonder if Jon will reconsider the offer from Stannis.

What Jon won’t reconsider is what he will do to cowards from the Kingsguard when they tell him to shove something up his buttocks. The scene reminded me of Ned taking the head of the deserter from the very first episode and if that was the intent, then well done. 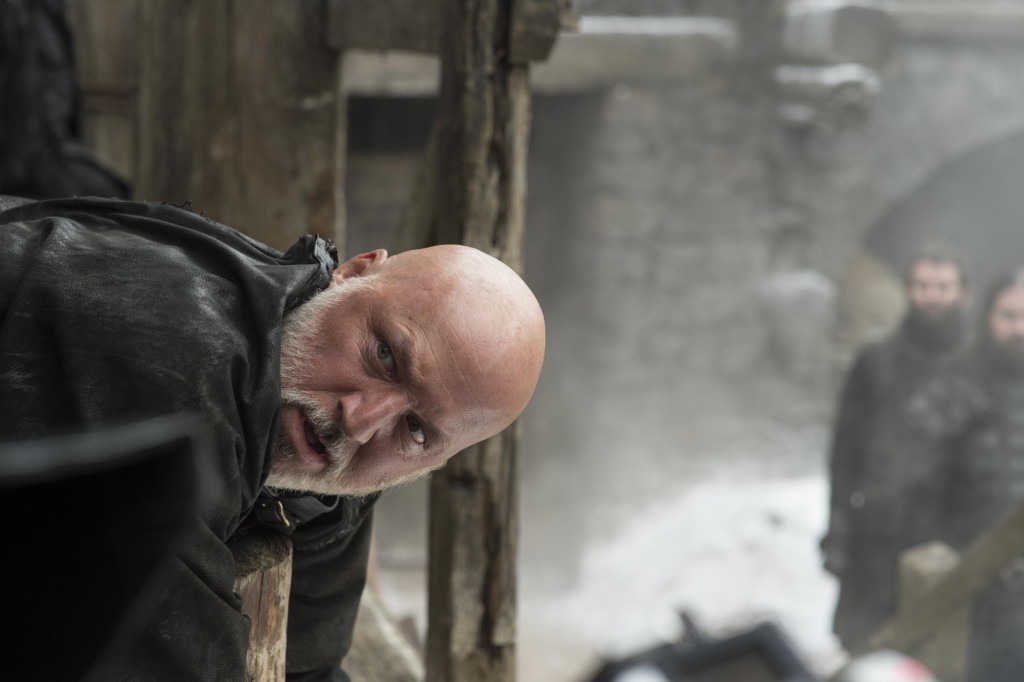 In a natural progression, we go from a beheading to a bizarre rendition of bare ass musical chairs, minus the chairs, starring the High Septon and hosted by bearded Olyvar.

And then things got REALLY hairy…

The party is interrupted by the Sparrows and coincidentally, Lancel Sandwich blocks what was about to be a Septon Sandwich.

Cersei then goes to meet with the High Sparrow in what appeared to be the Soup Kitchen of Westeros. We know from the past how Cersei truly feels about this level of the community. But she aligns herself with the sparrows for reasons unknown at this point. She’s not done playing yet.

Finally, Tyrion avoids insanity and abandons the box to witness the Volantis version of Red Velvet then heads to a neighborhood brothel. And in another chance meeting in a public place, THE man, Jorah Mormont makes his Season 5 debut and kidnaps the real pissing champion.

One more thought: “I’m taking you to the Queen.”

Any doubt about which “Queen” Jorah is talking about?  You tell me. 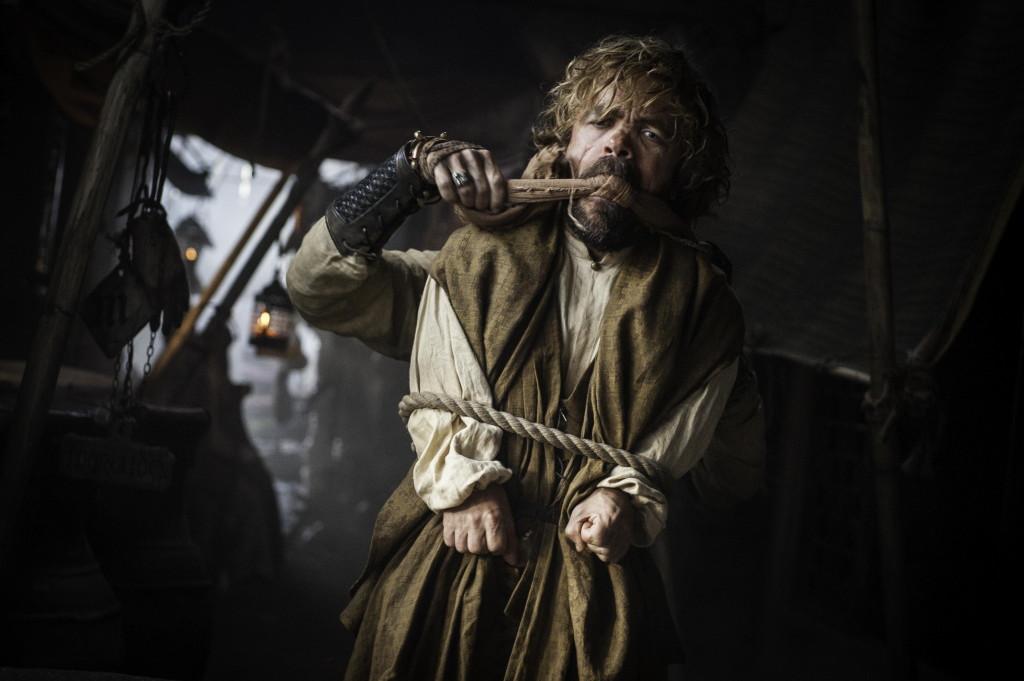 Favorite Action Sequence: No huge action sequence and no Ser Pounce. But at least Tommen got pounced, and I think we can categorically define this as action.

Favorite Quotes: “Did I hurt you?” -Tommen

“This is all I want to do, all day, everyday, for the rest of my life.” -Happy Tommen

“Whoever said that didn’t have many enemies.” –Stannis

“Hypocrisy is a boil. Lancing a boil is never pleasant.” –High Sparrow

Jackass of the Week: Janos Slynt. This will be his final nomination.

Overall Thoughts: Best episode of the Season thus far in my opinion.  The stage has been set for major issues throughout.

A man has questions, as I’m sure you do also.  Share ’em and we shall discuss.

REMINDER: No spoilers in the comments please.