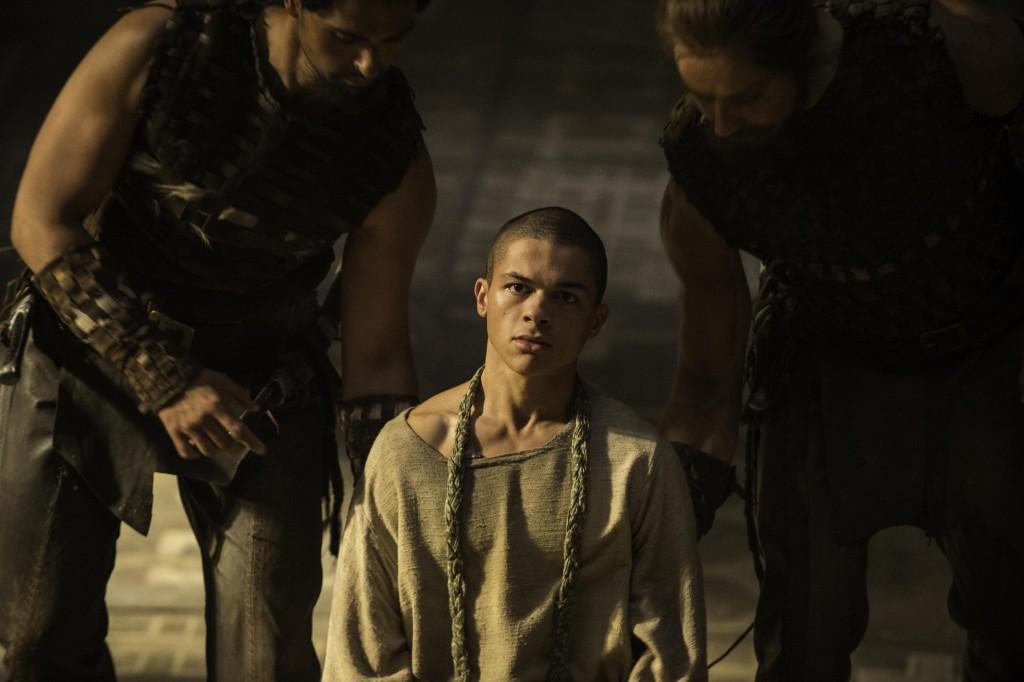 Spoiler note: The discussion in this post is primarily for non-book readers (book fans can discuss the show-only here). We ask that all Sullied book-readers refrain from posting spoilers in the comments here, veiled or otherwise. This show is best viewed without knowing all the surprises beforehand or afterwards, so please be respectful of your fellow fans. Thank you!

Hola fellow Watchers (your watch has begun whether you like it or not)!

Ep. 2 is in the books and while so many things have changed in the Game, this episode brought back many memories of scenes that were depicted in episodes of the past. A man will explain.

Oh yeah, and a man showed up. Not just any man. A MAN…

Welcome to the Unsullied recap of epic proportions. This critically acclaimed recap is aimed at the non-book reader army, although the Sullied are invited to share their thoughts on our uneducated estimations (minus the book spoilery of course).

But enough of the intros… most of you know this. Let’s get to it…

Arya arrives in Braavos, which gave we the viewer a reminder of the grandeur of the city and a couple of different angles of the Titan.

Arya is taken to the House of Black and White (not to be confused with the headquarters of White House Black Market, although it would be one hell of a marketing tool if it were). Surprisingly, someone answers the door. Unfortunately, the old man treats Arya as if he had just ingested a sleeve of Golden Oreos and she was attempting to sell him Girl Scout Cookies.

With nowhere to go, Arya hangs on the steps without poncho reciting her noticeably shorter list.

Later, Arya pigeon hunts in an alley when confronted by the bullies of Braavos. Luckily, the old gent from the H of B&W decides he might want some Thin Mints after all. And after all this time, A MAN reappears.

The idea of Jaqen being back on board and Arya entering this lair of the faceless man is quite intriguing. I’m not clear on the concept of him turning her away from the beginning, but regardless, Arya has found her MAN.

SIDE NOTE: I am seriously considering boycotting the “previously on” segment before the show from this point forward. I understand the importance of it as a reminder for more casual viewers, but it has damn near ruined the surprise of the reemergence of both Lancel and Jaqen this season.

Meanwhile, Pod and Brienne stop off for a bite at the local Vale chain of Applebees (“must be good food if it’s crowded”) as LK and Sansa enjoy a romantic dinner in the corner booth of the same location. This coincidence reminded me of the scene from Season 1 when Tyrion comes in the Inn for an ill-fated confrontation with Catelyn.

The results were no better for Brienne than they were for Tyrion in S1, as Sansa gives her no more love than Arya did at the end of S4.

And while you have to admire the persistence of Brienne, credit must be given to Pod who makes the point to tell her that the Stark girls want nothing to do with her and perhaps she would be better off moving on with her life.

But regardless of how much logic Pod’s opinion holds, or how accomplished a horseman he has become, Brienne is a woman on a mission. You have to wonder if sooner later, this obsession with her vow is going to get her killed.

The other interesting tidbit is whom exactly LK has proposed marriage to. It’s reassuring that it’s not Sansa, but we all know that LK has a plan in the making and the only thing that bonds houses better than force is marriage.

At least Lysa got a mention (R.I.P. my dear). And Pod falling off the back of the horse was pure television gold. 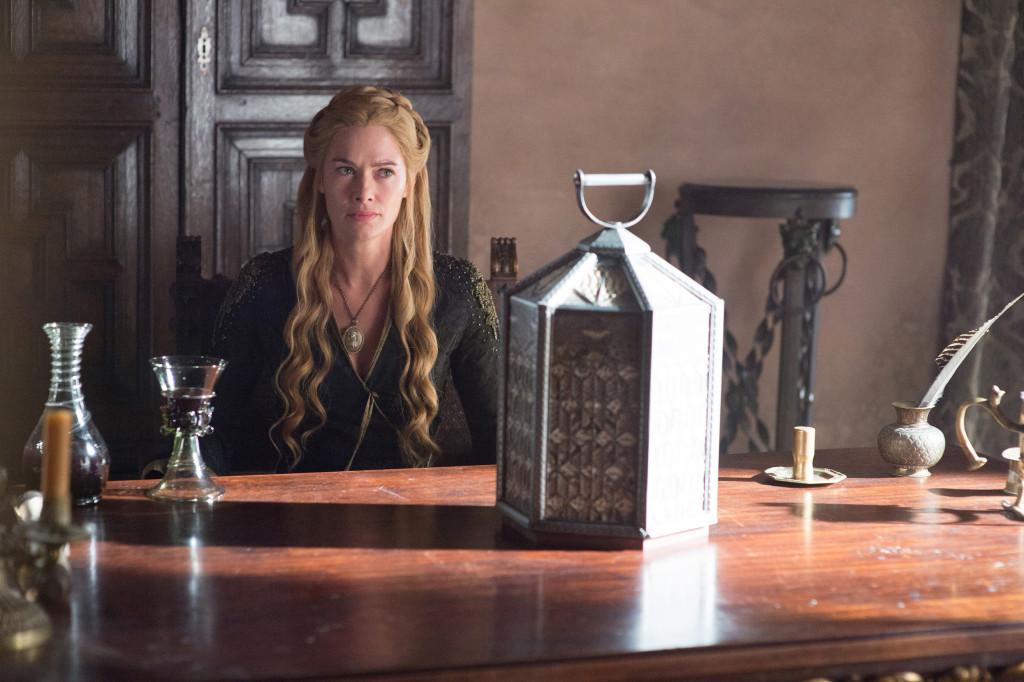 In what was not a surprise, Jaime and Cersei receive a threat from Dorne with a pendant from Myrcella. As is the case in most brother-sister incestuous relationships, the blame typically falls on the man, and Jaime is no exception.

Without pause, Jaime jumps to please his lover and prove himself a respectable father by exclaiming that he is bound for Dorne. He saves Bronn from the lovely Lollys and will presumably soon be on the road filling the Westeros vacancy of needing another unlikely traveling duo.

Speaking of Dorne, we finally get a glimpse of this wonderful southern location we have only heard stories of. And that’s all it was… a glimpse.

Ellaria is understandably distraught over the loss of Oberyn and wants to take it out on Myrcella, finger by finger. But in true Martell form, Doran will have none of it. 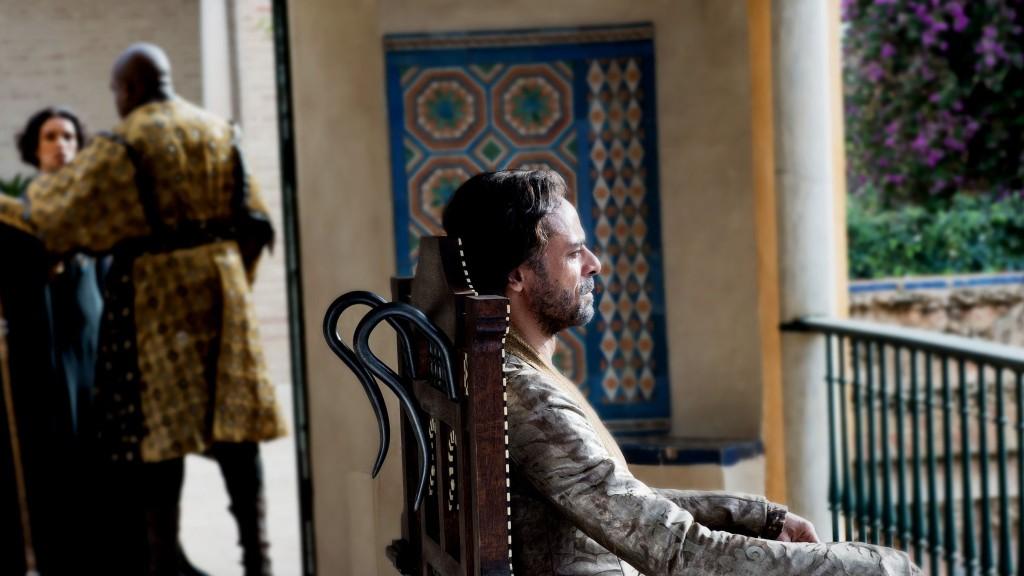 Doran was not quite what I expected given the confidence and fearlessness of his brother, the Red Viper. Even Ellaria questions how much longer he may remain as ruler. My expectations led me to believe that this would be a guy with even more self-assuredness. And maybe with time, he will show it.

One other observation: Myrcella is shown walking with what I assume is a young prince of Dorne, referring to her as “my future Queen.” Who’s to say she would even want to leave?

Cersei holds a small council meeting and while everyone was busy bowing, heeling, and kneeling, Kevan Lannister calls bullshit on all of it (the Ozzette high-five moment of the evening). He claims to be leaving for Casterly Rock. Let’s hope he doesn’t disappear for another three seasons. KL needs KL. 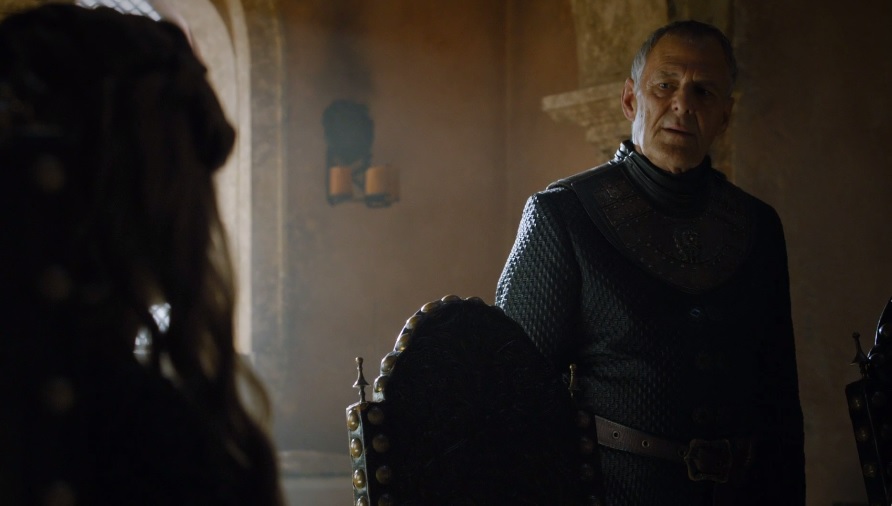 Cersei has a hit out on her other brother. However, Tyrion is not impressed with the Limo’s of Essos and would rather walk. Can we assume something of importance awaits them in Volantis?

In the North, Stannis is realizing that the taking of the North may not be an easy task, especially when trying to convert Bear Island residents to join his cause. He makes Jon a legitimate offer. But Jon gets a write-in vote from Sam who quickly outs Janos for the coward that he is (another high-five moment).

Jon is now the Lord Commander and Sam is now the unlikely guy that everyone looks to for comic relief. But something tells me that Janos won’t just take this jab in passing. There will be some sort of ramification for Sam either from Alliser after losing his bid to be the 998th LC, or from Janos himself.

Finally, the situation has gone from bad to worse for Dany. Initially, the conversation about the Mad King between Selmy and Dany looked as if it were going to generate a positive outcome regarding the discovered Son of Harpy. Dany heeded the advice about her father from Selmy and ordered a trial for the accused.

However, Mossador took matters into his own hands by killing the Son before a trial could be held (which reminded me of the same way Karstark murdered the Lannister kids). Karstark was beheaded. Mossador was beheaded. And in the same way that Robb’s decision impacted his future, Dany’s future looks uncertain as well.

The hissing of the slaves was downright creepy, and I think Emilia’s performance in showing her fear in what was happening during that moment was pretty damn strong.

In what looked like an occurrence that might make a bad day at the office something positive, Drogon shows up and seems to give Dany some hope. But it was not to be, and Big Daddy flies off into the night making what was a bad day for Dany, even worse. You have to wonder if Drogon is hanging out waiting for Dany to move on somewhere else, but the end of the show didn’t seem to give her that impression.

Only time will tell…

“I did not return to the capital to serve as your puppet.” –Kevan

“I found him (Janos) there after the battle was over in a puddle of his own making.” –Sam the Slayer

Favorite Quote Translation: “Hey, um, by the way… if you’re not going to do anything useful with that dwarf head, can I have it?” -Qyburn

Ow, That Shit Hurts Award: Cersei’s words to Jaime on fatherhood and his inability to protect his children. Ouch.

Jackass of the Week: Tough call, but I’m going with the commonly nominated and former Jackass award winner Alliser Thorne attempting to win an election by making Jon look bad while playing Night’s Watch politics. We’re on the left… he’s on the right! There needs to be a political ad campaign parody made for this…

Overall Thoughts: Tons of information in this ep. and stronger than the season opener. The situation in Meereen going horribly wrong along with the politics of the Wall and the meeting of LK and Brienne made this quite a memorable episode, regardless of the parallels noticed from episodes past.

And a man has finally returned.

Episode 2, Oz of Thrones, Season 5, The House of Black and White