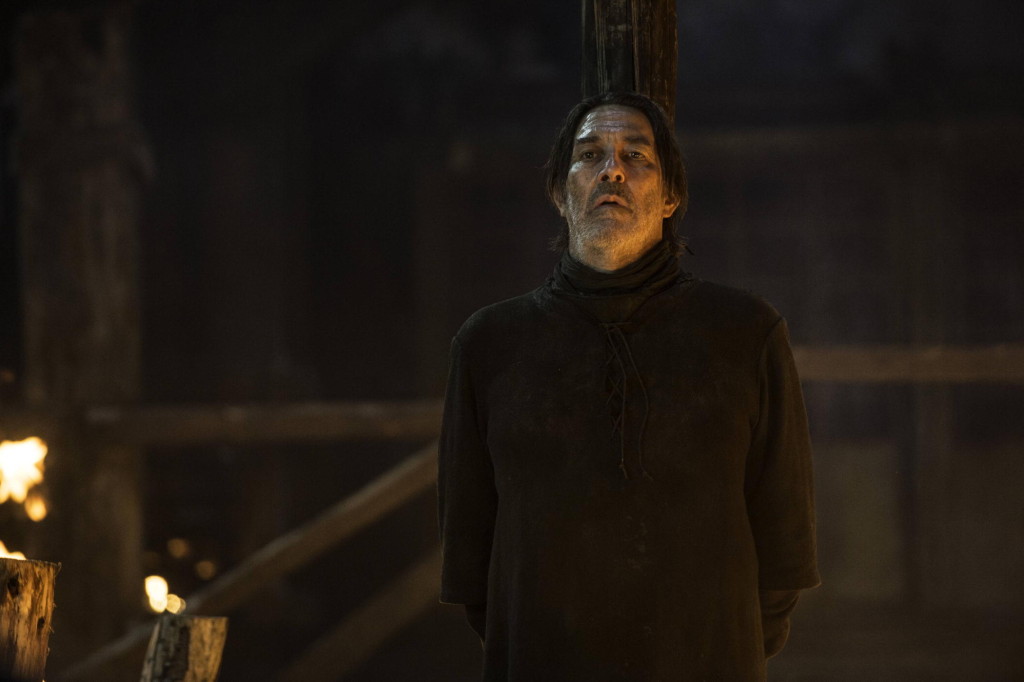 Spoiler note: The discussion in this post is primarily for non-book readers (book fans can discuss the show-only here). We ask that all Sullied book-readers refrain from posting spoilers in the comments here, veiled or otherwise. This show is best viewed without knowing all the surprises beforehand or afterwards, so please be respectful of your fellow fans. Thank you!

Remember when the countdown clock said something like 90 days+?

The waiting remains the hardest part. And now my friends, our time is served. Episode 501 is in the books and the new faces in new places are about to take us on what looks to be an entirely different direction.

Pentos. The Flayed Man at the fire extinguished Winterfell. Saddle up, kiddos. There’s a new Game in town…

Flashbacks: Changes seem to be in abundance, and Season 5 kicks off with a flashback featuring miniature Cersei and an unnamed sidekick (let’s call her Dora… you know, the Explorer). When flashbacks serve their purpose, it is amazing how enlightening they can be. Suddenly, Cersei’s concerns over a younger Queen and even the information regarding Robert having twenty kids and her having three give the past and the future a lot more meaning to the viewer. 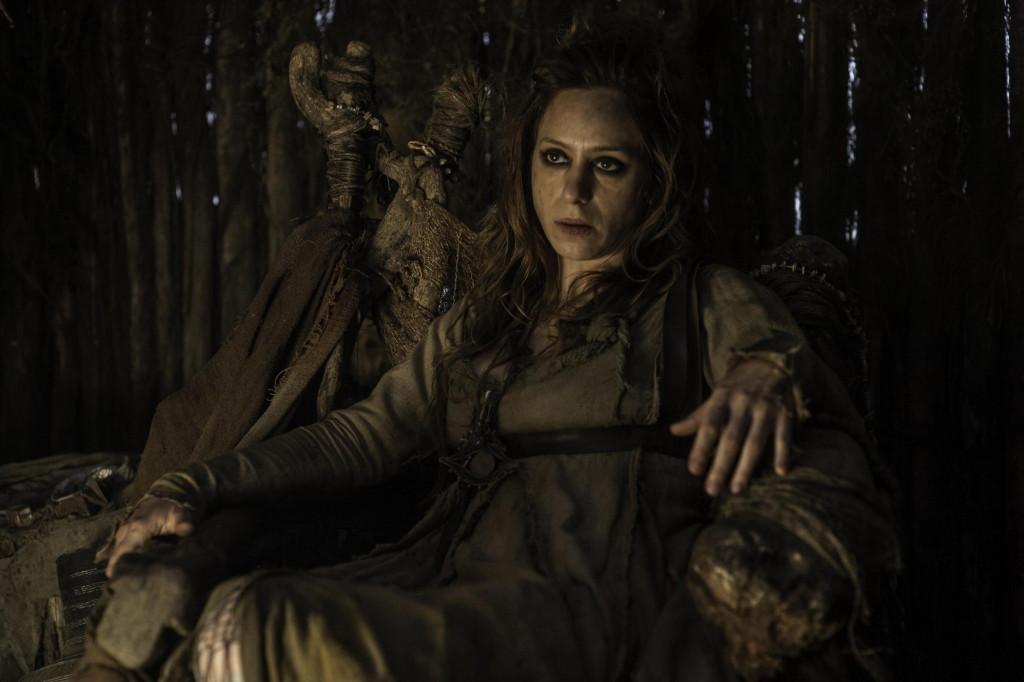 The fact that she already knows that this witch was correct in instances that have already occurred give her adequate reason to be concerned (and probably help in somewhat explaining her excessive intake of adult beverages).

And not just Lancel, but Uncle Kevan as well. There was reason to believe that some long-lost Lannisters might show up at the funeral of Tywin and at least on this front, the premiere did not disappoint.

Lancel was not just recovering from his war wounds at the Blackwater. Apparently he found religion in what might be the equivalent to the Monks of Westeros. The Sparrows would not come out when Tywin was alive and there is certainly plenty of reason to believe that this group will play a major role in King’s Landing moving forward.

Let’s hope Kevan does as well. And no, Ozzette did not remember him. 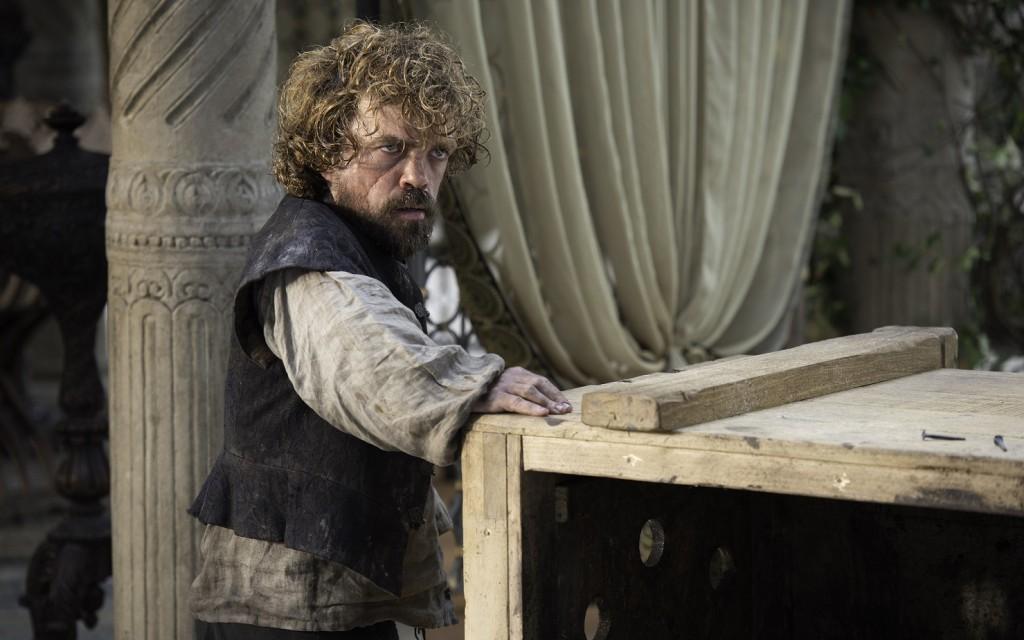 Varys and the Imp in a box arrive in Pentos with Tyrion understandably despondent. Cramming your own crap through a breathing hole in a crate can apparently take its toll.

But Tyrion seems to be struggling more with the will to live and the contemplation of his own existence, presumably a natural side effect when you have gone from being the Hand of the King to the killer of your lover and your father (who ended up being the lover of your lover).

Later on, Varys gives Tyrion a glimmer of hope for a meaningful future when he brings up the potential of joining Danaerys in her quest for the throne. This idea really came as no surprise to me as we know Varys has always had an interest in the progress of Dany and the dragons and his past dealings with Illyrio.

However, Ozzette felt like this was probably the most important notion of the entire episode. And she may be right. Speaking of Mhysa…

Harpy takes the plunge, which was an incident I was not expecting in the first episode after seeing it in the trailers. The perception by many was that diving Harpy was probably going to be the consequence of an uprising in Meereen.

It wasn’t, even though it appears that there will likely be some kind of uprising in Meereen.

Laugh it up if you want, but consider this submission into evidence: Tony Way (Dontos) and Noah Taylor (Locke) both showed up in Edge of Tomorrow. And HBO just presented a documentary about Scientology. I’m not saying it will happen. But if it does, well, you know who smelled conspiracy first.

Back on point… Dany looks like she is going to have her hands full and for the first time in a while, I am very intrigued with her story arc. The scene in the brothel not only brought about a potential threat of an underground sleeper cell, but it also depicted the interest that the Unsullied may have with the intimacy of women. And this could directly impact viewer understanding of the relationship between Missandei and Grey Worm.

The other intrigue of course comes from the issue with the dragons and the lack of control thereof. Daario shows his wisdom (as well as his ass) and makes a valid point about the fear of Dany’s enemies without the threat of the dragon contingent.

Needless to say, Dany’s first attempt as an instructor for the Dragon Obedience Clinic of Meereen did not go well. She has multiple issues, none of which seem to be going favorably.

We are also introduced to the idea of the fighting pits first seen by the “Unknowing” through the trailers, and somehow where Jorah ends up.

In yet another example of inadequate trainings, Lysakiller, Sansa and Royce have poor Robin attempting to become a warrior (as if going from feeding off a breast to swinging of a sword would just progress naturally).

LK receives a note and he and Sansa are off again where Cersei will never be able to get her hands on her.

Once again, Brienne comes within a stone’s throw of meeting up with a Stark girl. Unfortunately she was too busy drowning in self-pity and attempting to convince Pod that she didn’t need an inexperienced rabbit chef.

Swordswallower scene: Loras and Olyvar make kinky love maps on each others bodies when cock-blocking Margaery barges in to discuss Cersei. Stealing from the words of John Oliver, Loras and Cersei: How is this still a thing?

But there is a deeper plot here and it is unclear if getting Cersei out of KL is simply an idea on the table to give Margaery more power or if this is part of a bigger plan set in motion by Littlefinger. After all, the Tyrells are his new “friends.”

By the way, Ozzette swears she witnessed man bags. I was not necessarily looking, you know, in that general vicinity.

Finally, we go home to the Wall where King Stannis is in command and Red Velvet has no need for thermals. 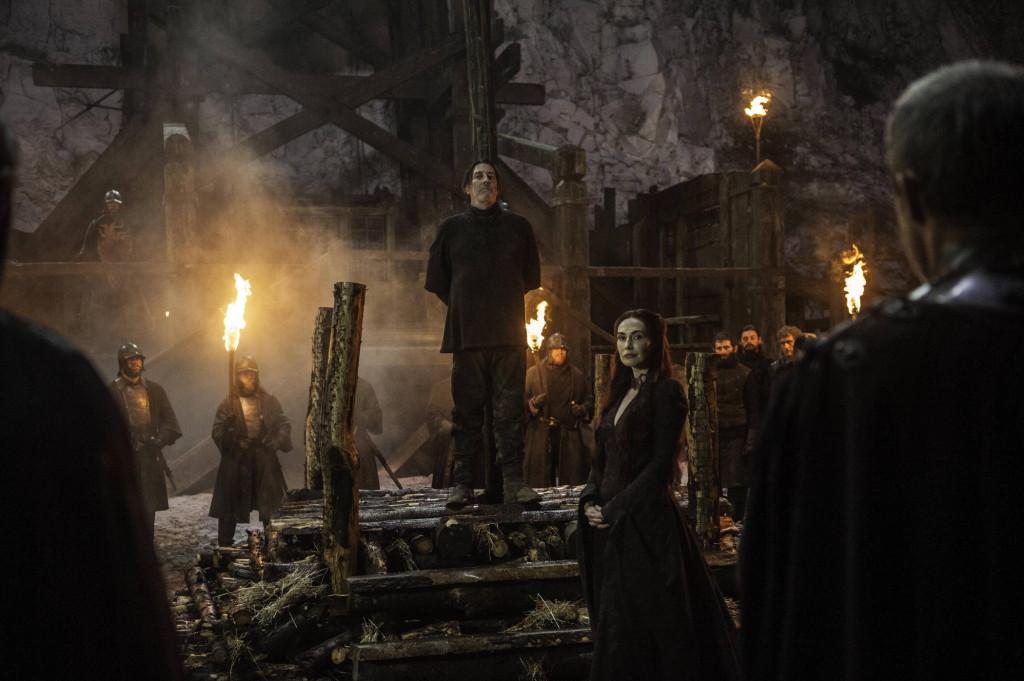 Stannis takes a stab at giving the Wildlings an opportunity for a truce by sending them to take out Roose at Winterfell but only if Mance will agree and bend the knee.

Of course, Mance will bend the knee to no one and the first major character death of the season is handed to us by way of burning.

I am pleased that the pyre did not involve Shireen as I once thought it would. But I am saddened to lose not only what was a great character in Mance Rayder so quickly, but also such an accomplished actor as Ciaran Hinds. He was yet another character who was only in a handful of episodes but left a huge impression on the overall story.

What’s worse is that Stannis will likely use the Wildlings to take what is his anyway, or burn them as well.

Favorite Battle Sequence: Episode 501 was a little light on the action, but I would say it’s a close tie between the intense training of Olly and Robin, both of which are struggling with the idea of keeping their shields up.

Favorite Quotes: “Do you know what it’s like to stuff your shit through one of those airholes?”

“No, I only know what it’s like to pick up your shit and throw it overboard.”

Favorite Politically Incorrect Quote: “He swings a sword like a girl with palsy.”

Ow, That Shit Hurts Award: The burning of Mance. For a minute, I felt like I could literally feel his discomfort (another testament to Hinds).

Jackass of the Week: Has to go to Stannis for the barbecuing of Mance. But you have to give Stannis credit for one thing: he is a man of his word and also does not deal in idle threats.

It was by no means the strongest season opener. But it could be worth it depending on how the rest of the season shakes out and grading it on it’s merits alone may not necessarily be a fair assessment.

What say the Unsullied army? What did I leave out? Share your thoughts below and we shall discuss.

The wait is over. And now the wait begins.

REMINDER: Do not post spoilers in the Unsullied posts. Thank you – The Mgmt