Through the Night with George R.R. Martin and Sibel Kekilli | Watchers on the Wall | A Game of Thrones Community for Breaking News, Casting, and Commentary 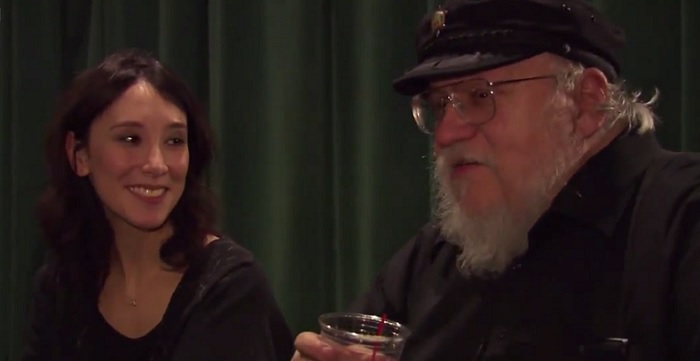 If there was ever a question who is the biggest nerd among A Song of Ice and Fire enthusiasts, that should be settled now- it’s still George R.R. Martin. It’s all about the dioramas, people, and the dragons.

Recently, the author appeared with Sibel Kekilli on Durch die Nacht mit… (Through the night with…), a program on the French-German TV network ARTE. The TV show’s format is to feature two famous people and to follow them through one evening, in this case following Martin and Kekilli around Santa Fe from his private home to the Cocteau Cinema for a showing of Kekilli’s star-making film Head On.

Along the way, we explore Martin’s home, and hear him and Sibel speak frankly on a number of subjects both personal, religious and political. There’s a good amount of tequila and comic books in the mix, too.

Check out the interview: