"Thrones! The Musical Parody" is a hilarious, irreverent love letter to the Game of Thrones fandom | Watchers on the Wall | A Game of Thrones Community for Breaking News, Casting, and Commentary 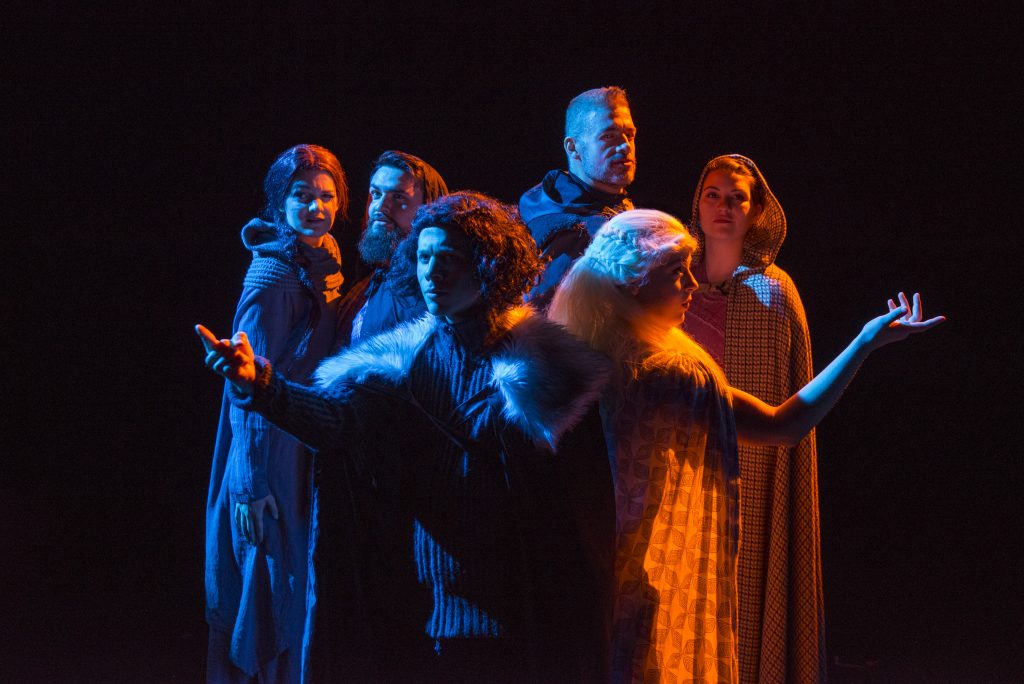 If you thought, as I might have a week ago, that material as expansive and as grim as Game of Thrones could never inspire a hilarious yet coherent musical, well … you’d be wrong.

No, Thrones! The Musical Parody isn’t the Coldplay musical that was teased on Red Nosed Day two years ago, but it’s a music-filled theatrical performance celebrating the topsy-turvy, glorious world of Game of Thrones and its fandom nonetheless. And it is brilliant. 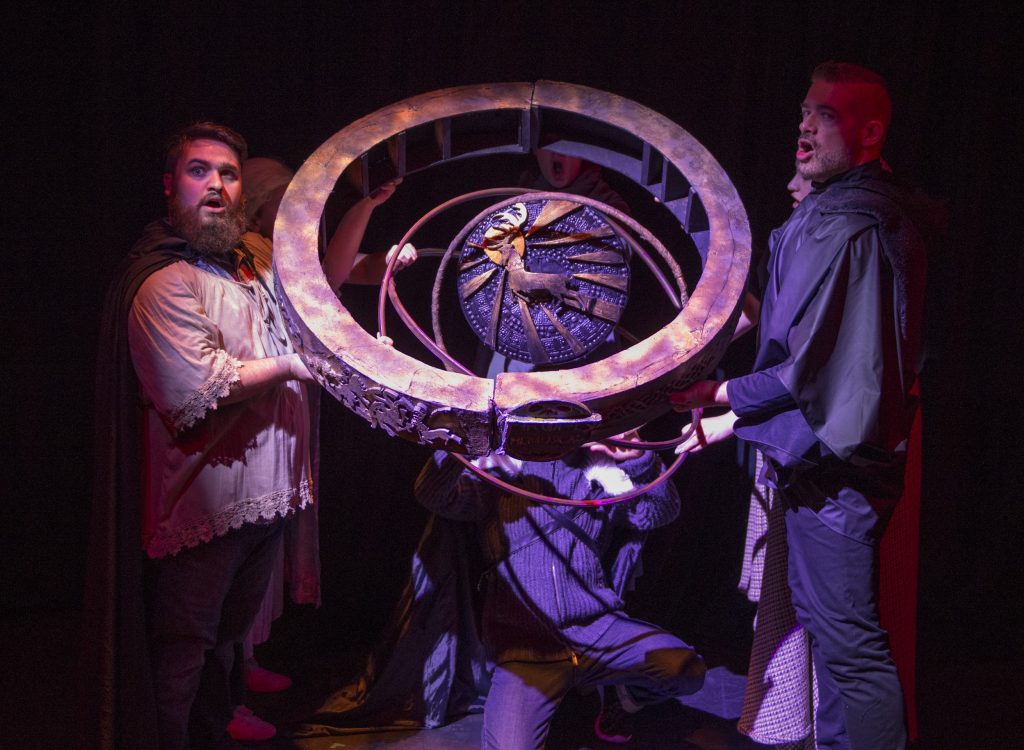 Nick Druzbanski and Beau Nolan in Thrones! The Musical Parody

Thrones! The Musical Parody was written by Chris Grace, Zach Reino, Al Samuels and Dan Wessels, directed by Hannah Todd, choreographed by Tyler Sawyer Smith, and produced by Emily Dorezas, Rob Kolson, and Al Samuels. It debuted to completely sold-out performances at the Edinburgh Fringe Festival in August 2015 which was followed by a sold-out, limited run at London’s Leicester Square Theatre. Now, it’s running in Chicago and Los Angeles and I urge you, if you have the opportunity, to go see it (tickets are available here).

Contrary to what the title may suggest, Thrones! The Musical Parody is not a 15-Minute Hamlet-styled abridgment of Game of Thrones seasons 1-6. It’s far cleverer. The play is less a satire of the show itself than of the fandom. The play’s premise is that a group of Thronies are trying to convert their non-fan friend, Brad, before the next episode airs. There are plenty of jokes about the show of course. There are digs at Dinklage’s English accent, Rickon’s failure to zigzag and the similarity between Samwell Tarly and Samwise Gamgee, for example. But the crux of the humor isn’t that Game of Thrones contains a lot of minute flaws but that it has fans obsessed enough to notice them. 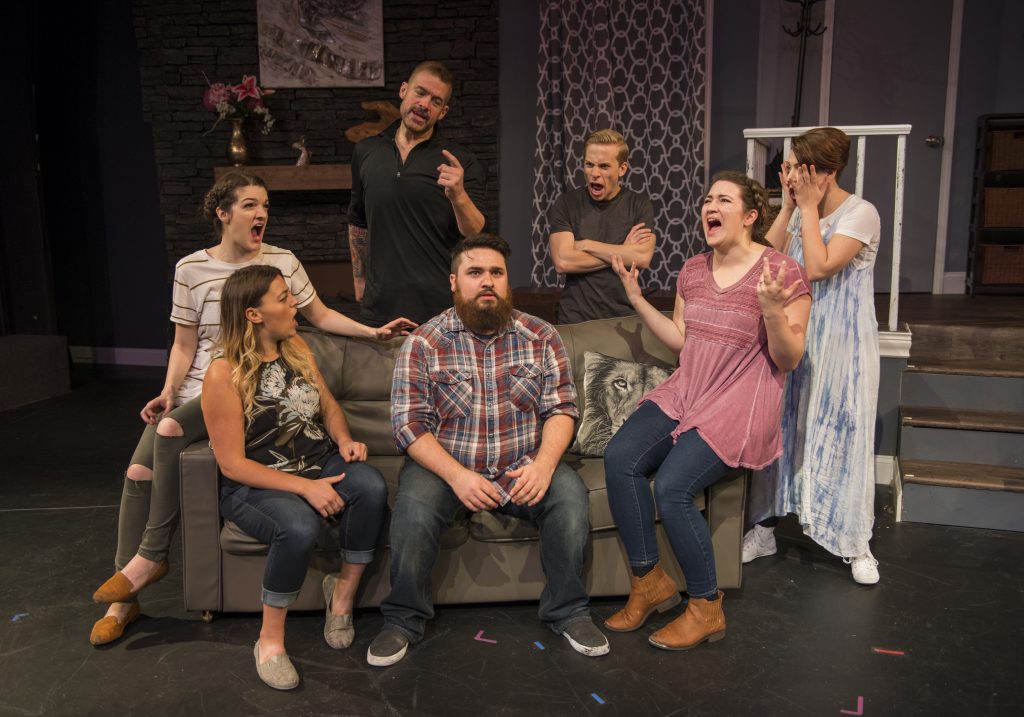 Thrones! The Musical Parody understands that one must love what one satirizes. The creative team clearly has enormous affection for Game of Thrones (and A Song of Ice and Fire, though the focus is explicitly placed on the show) as well as a thorough understanding of the fandom. As Brad’s friends explain to him, Game of Thrones may be brutal, heartbreaking and full of gratuitous nudity but it’s also empowering. They love the show so much because it reminds them that that you can rise up in the world, even if you’re “small” or “not a man” or “you feel like a bastard.” You’ll just have to work harder than everyone else.

The cast is superb, the music is catchy but special mention goes to the set design and props department. The musical wholeheartedly embraces its tiny budget, which plays well into the premise that the characters are just mega-fans making do with household objects.

My only real criticism is that, for a show so clearly intended for the hardcore fans, Thrones! The Musical Parody focuses almost exclusively on the (forgive my use of the word) mainstream fan favorites like Jon, Daenerys and Tyrion. I suppose this couldn’t really be avoided in a parody of such expansive material (there’s even a song, “These Are All The Names,” that attempts to list every major character). Still, it would have been nice if the group had had one obnoxious contrarian who sang a ballad about the less appreciated characters (“Here’s to the Knaves, the Problematic Faves,” perhaps?).

On the whole, Thrones! The Musical Parody is excellent. It’s funny, irreverent and insightful. If you’re unable to make a showing in Chicago or Los Angeles, keep your fingers crossed for a production to pop up in a city near you. And if it does, I’d buy tickets as soon as they’re available. This show tends to sell out fast.