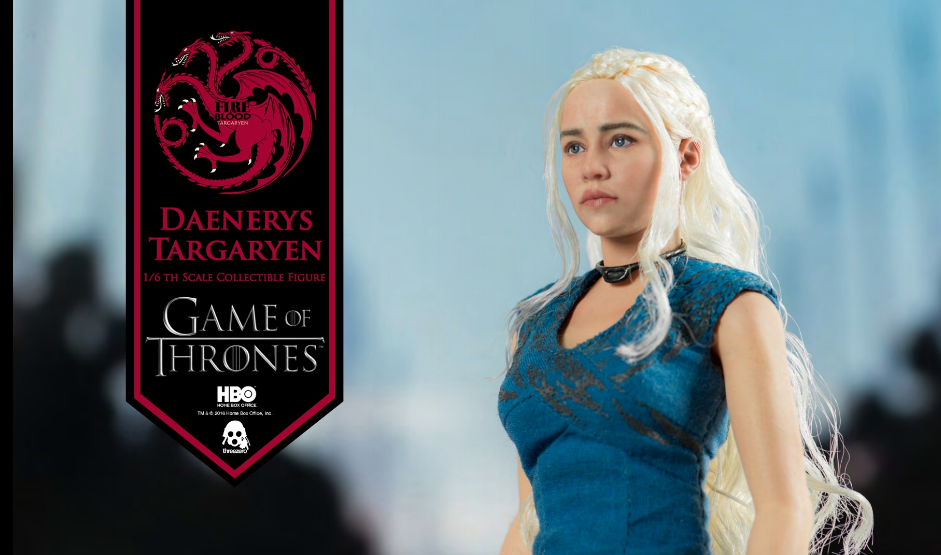 Threezero has announced the release of their new 1/6th scale collectible Daenerys Targaryen figure, the latest addition to their collectibles line of Game of Thrones characters which has previously included Jon Snow, Eddard Stark, Tyrion Lannister and, most recently, Sandor “The Hound” Clegane.

The Daenerys Targaryen figure stands at approximately 10.2” and features finely braided platinum blonde, rooted hair and a fully-articulated body dressed in a high-detailed fabric tunic, cloak and vest carefully designed to resemble Daenerys’ outfit in her iconic “A dragon is not a slave” scene in the season 3 episode, “And Now His Watch is Ended.” Each clothing item has been meticulously tailored and textured to pay respects to the Emmy® Award-winning costuming from the show. The collectible also comes with Krazny’s whip and an extremely detailed resin figure of Drogon. 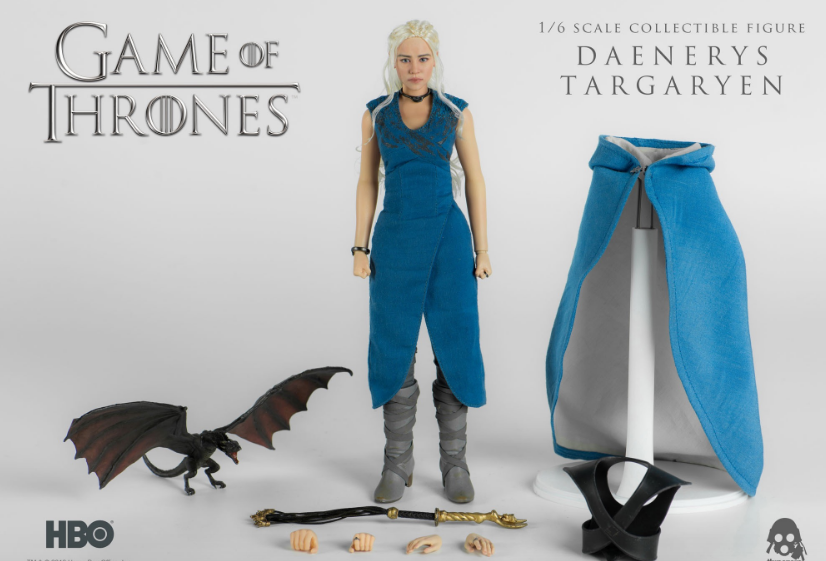 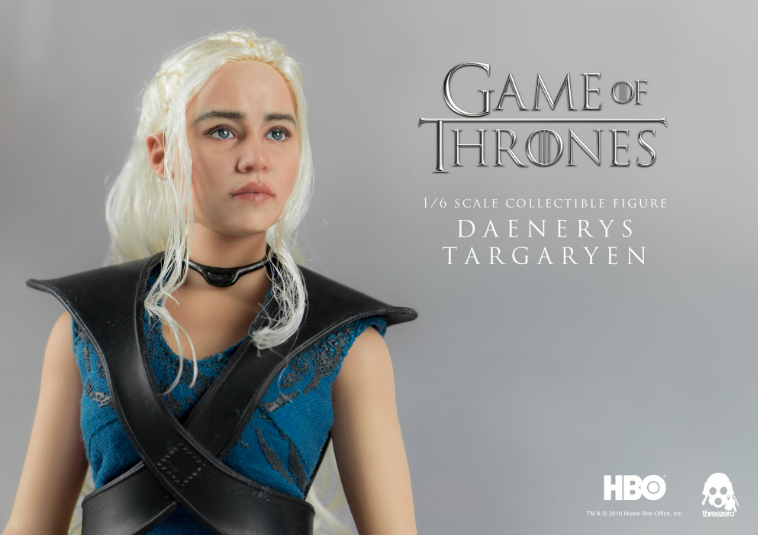 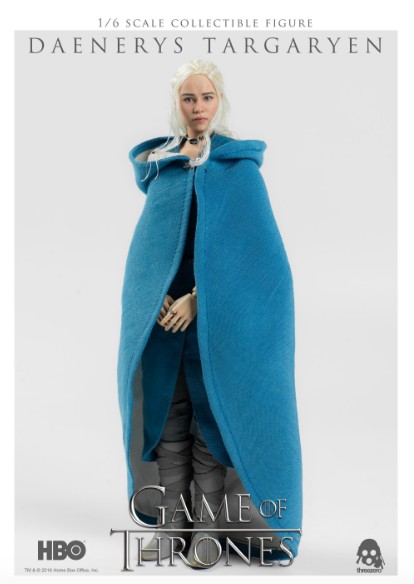 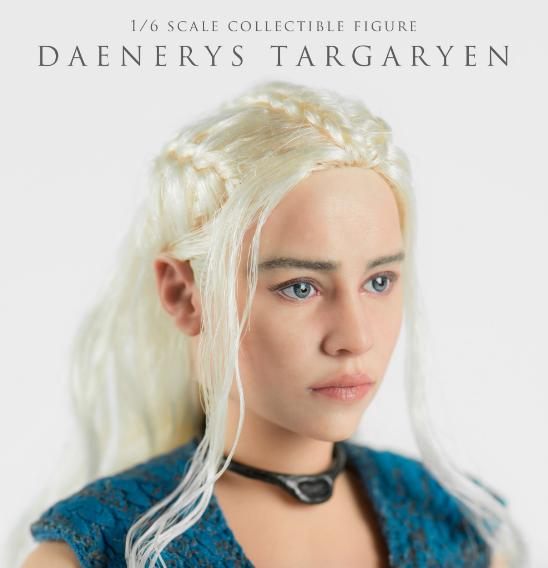 You can pre-order the miniature Khaleesi at Threezero‘s online store now for $168. The figure will be available at a later date on the HBO Shop and select retailers.