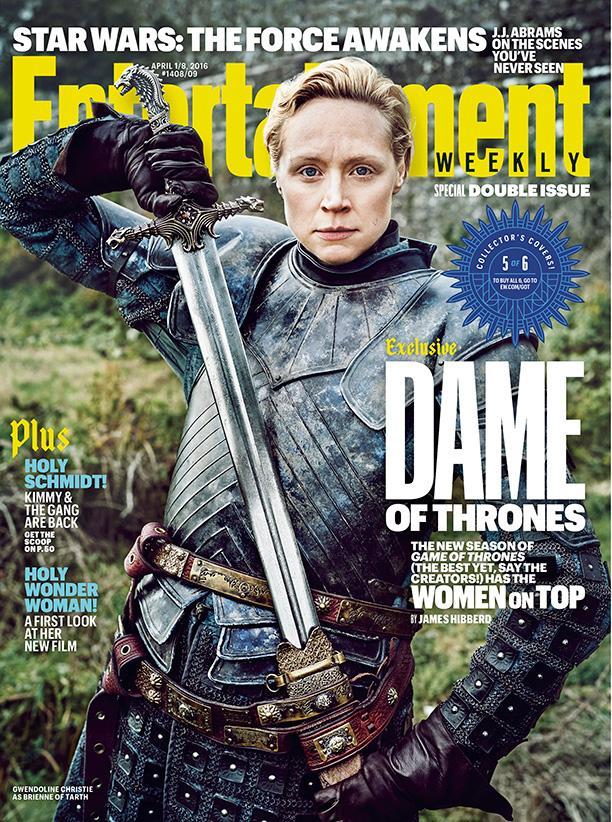 Entertainment Weekly is focusing on Game of Thrones in a new double issue, going behind the scenes with season 6, with six of the show’s starring actresses taking the forefront in new profiles.

“The women are rocking this season — and I’m not just saying that because they’re on your cover,” HBO programming president Michael Lombardo is quoted as saying to EW. “Daenerys (Emilia Clarke) always does, but also Brienne (Gwendoline Christie), Arya (Maisie Williams), Sansa (Sophie Turner), Cersei (Lena Headey), Margaery (Natalie Dormer), and other characters too, like Yara (Gemma Whelan). They power this season. It’s organic to the storytelling, yet a radical shift. It’s the women that are the hope that we’re watching as the chess pieces move this season, and it’s very exciting.”

Christie, Williams, Clarke, Turner, Headey, and Dormer are each featured on their own Collector’s Cover of the double issue. You can view Christie (above) and Clarke’s covers here- swing by Entertainment Weekly to check out the remaining four. The magazine will be on newsstands Friday, or  you can order it online, choosing a specific cover.

The ladies also discuss who would make the best queen of Westeros in this new video from EW: 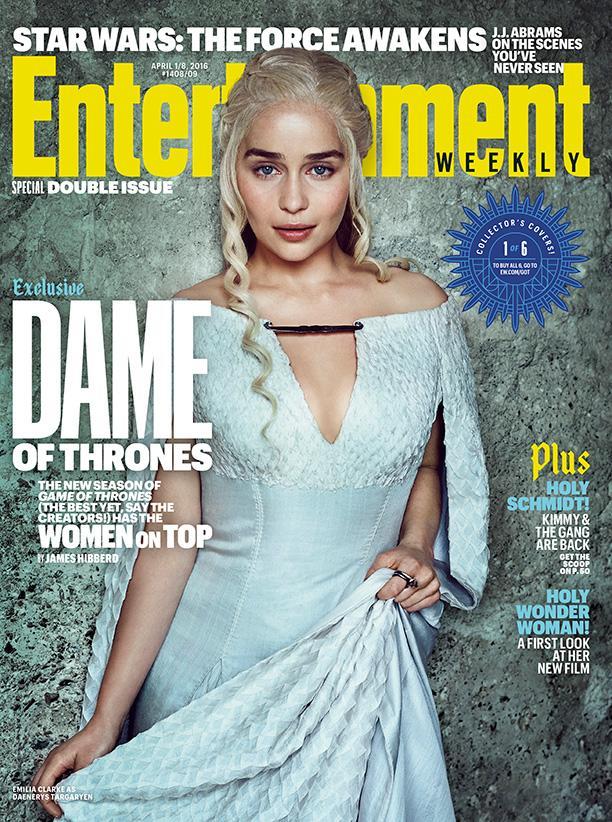