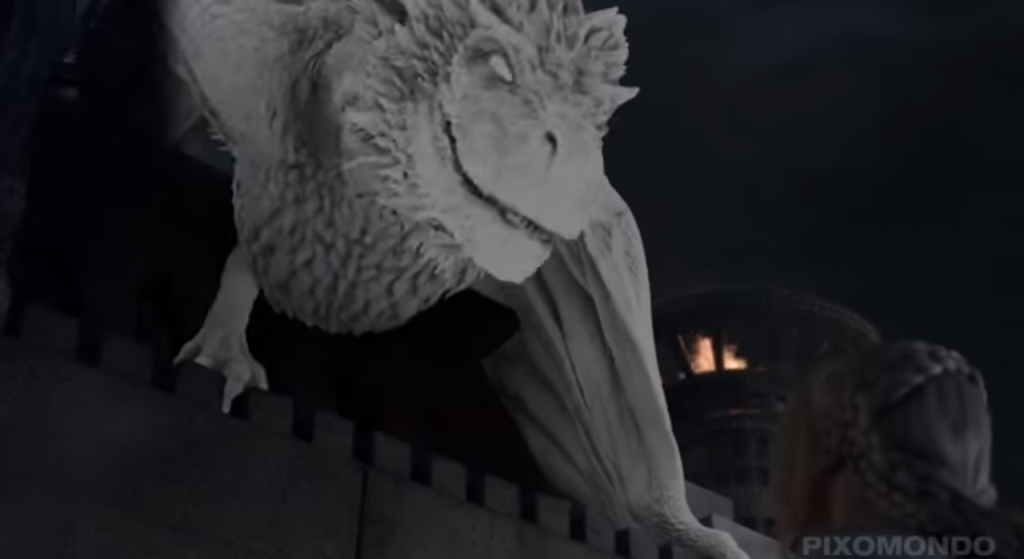 Pixomondo has released a video reel of Game of Thrones VFX, this one focusing specifically on the process that brought Drogon, Viserion and Rhaegal to life for season 5.

The reel overviews the animation process behind several scenes featuring Daenerys’ dragons, including Drogon’s dramatic arrival and exit from Daznak’s Pit, which helped Game of Thrones win its fourth Emmy for special visual effects for “The Dance of Dragons.”

Thanks to WotW reader CryZe for bringing the video to our attention!