'The Game Revealed' goes behind the scenes of Jon and Drogon's moment | Watchers on the Wall | A Game of Thrones Community for Breaking News, Casting, and Commentary 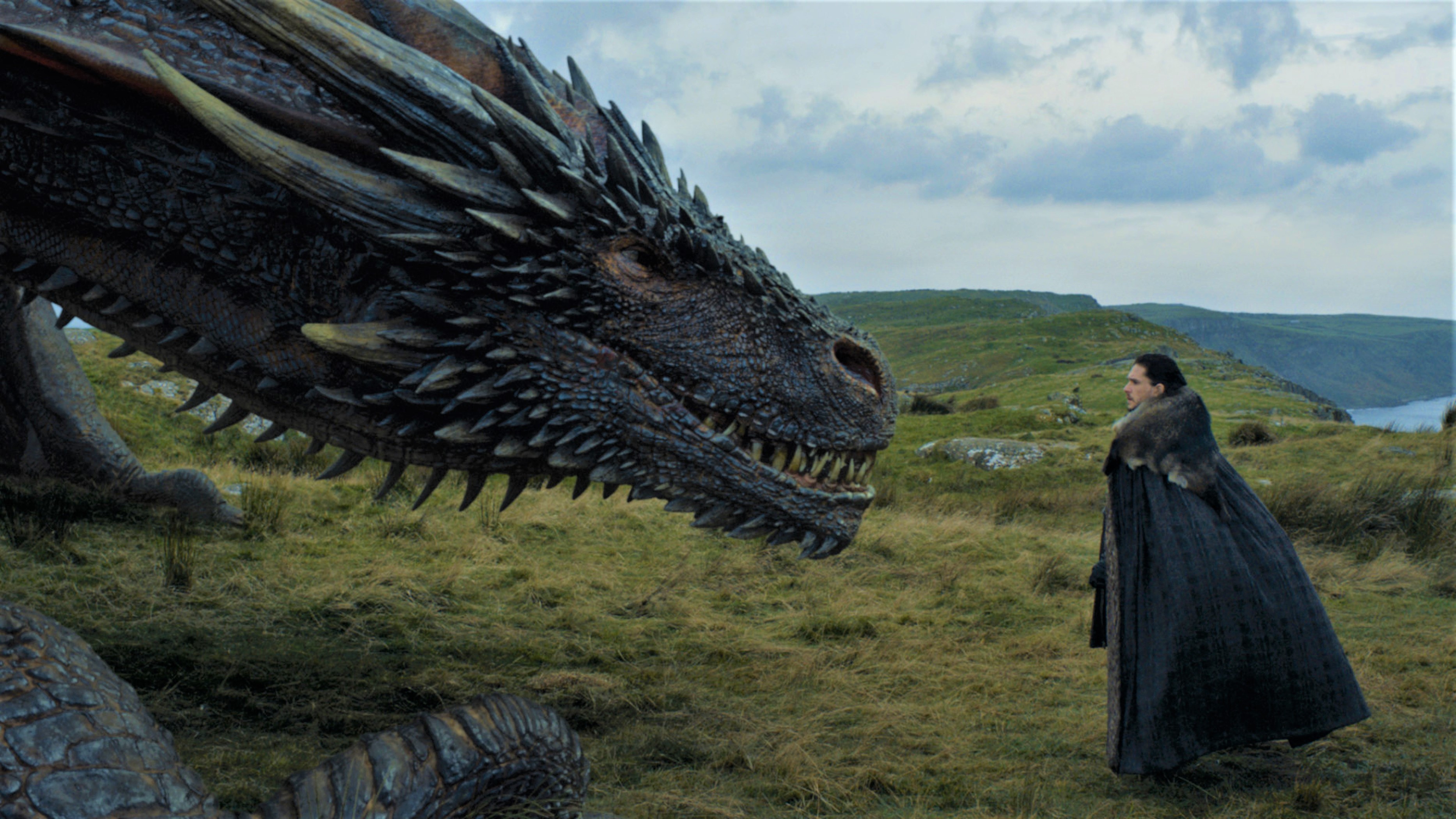 This week’s episode of “The Game Revealed,” HBO’s behind-the-scenes show about bringing “Game of Thrones” to life, focuses on episode 5 of Season 7 and the Jon Snow-Drogon moment.

Although fans are now suffering through the long, bleak period that is the offseason of Game of Thrones — not unlike the Long Night, although with less starvation — there’s still enough to keep us busy, from casting news to Hair Watch 2.0. HBO’s behind-the-scenes series The Game Revealed is one of the most interesting ways to kill time while we wait, and although full episodes are available only to HBO subscribers, every week the network’s YouTube channel posts a clip from the newest episode for all to enjoy. This week, we got to see the magic behind the meeting of Jon Snow and Drogon.

Revealed focused on “Eastwatch,” episode 5 of Season 7, and the moment in which we see Aegon Targaryen — er, Jon Snow, coming face-to-face with a creature most men have never even dreamed of seeing with their own eyes. Having learned in Season 6 that Jon is the son of Lyanna Stark and Rhaegar Targaryen, the moment in which Jon tentatively reaches out a hand toward Drogon, who then allows him to touch his snout, was heavy with symbolism.

In the clip from Revealed, director Matt Shakman discusses the “mythology of the show” that led to that scene and what it meant for a secret Targaryen to meet a dragon for the first time, calling it a “beautiful moment” that Kit Harington handled perfectly — even if while filming, Harington was reaching out toward nothing more than a dragon-head-shaped prop on a stick.