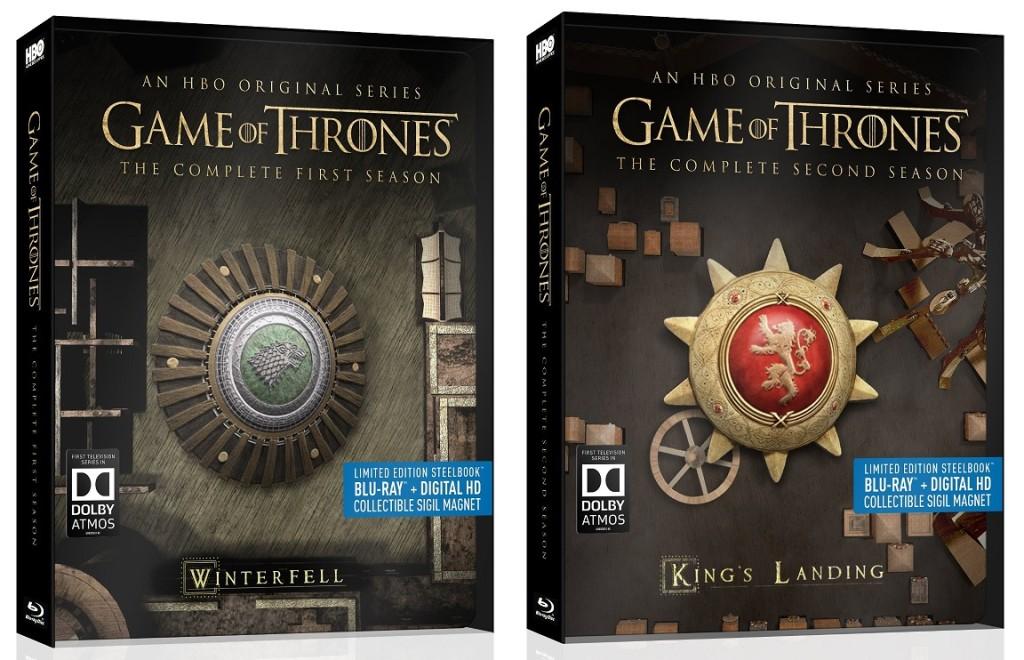 Tomorrow night at 8PM EDT, the Watchers on the Wall will be gathering to announce the winners of the 2015 WatchersOnTheWall Awards. We’ll be celebrating the best of season 5, reminiscing about our favorite moments of the year, and having Game of Thrones giveaways for the fans.

We’re pleased to announce that tomorrow we’ll be giving away a prize package of the Game of Thrones Season 1 and Season 2 Special Collector’s Edition Blu-ray & Digital HD Steelbooks, with collectible sigil magnets! Details on how to enter the giveaway are below.

Anatomy of An Episode

From the Book to the Screen

War of the Five Kings

Creating The Battle of Blackwater Bay

The Religions of Westeros

12 Audio Commentaries with Cast and Crew

As you can see, these Blu-rays are packed with Game of Thrones goodness. And we have a prize package containing seasons 1 & 2 to give away to a lucky reader!

The giveaway is worldwide, but the Blu-rays are Region A and only work on compatible Blu-ray players. This covers North America, South America and parts of Asia and Oceania, so you may want to take a look at that before entering the contest.

How do we enter the giveaway, you’re wondering? As we mentioned, tomorrow is the Watchers on the Wall Awards. Our awards ceremony chat post, titled “Watchers on the Wall Awards 2015 Live!” will open around 6PM EDT on 10/28/15. We will choose the Game of Thrones Steelbooks winner randomly from among the people who post (with a valid email when you login) in the comments section of that post.

The entry period is between when the post opens tomorrow, through 12PM EDT the following day, October 29th. This will give all readers the opportunity to participate even if they can’t attend the live awards ceremony.

We’ll have some other prizes for readers who are there during the Watchers on the Wall Awards ceremony, and a prize for the first commenter, so be there early or tune in tomorrow at 8PM to listen in!

For those who don’t win the Blu-ray collectible set, the Game of Thrones Steelbook Editions for Season 1 and Season 2 are available starting November 3rd, just in time for the holiday season.

You can read more details about the awards ceremony here!