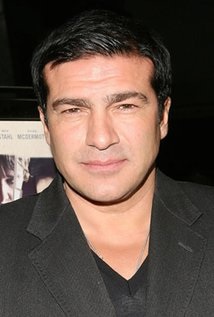 New season 6 cast member Tamer Hassan talks to UK’s Loaded magazine this week about his role on Game of Thrones, giving us a glimpse of his character’s fate and more. The actor’s casting on the show was revealed only a week ago and little is known about his specific part on Game of Thrones.

The British actor explains to Loaded that he plays a Dothraki warrior, “a leader,” according to Hassan. “What I do affects the main characters. Really. It’s massive.”

Hassan filmed in Northern Ireland, and it was his “most challenging role to date.” The shoot was cold and not particularly glamorous and he remarks on the show’s unusual process of withholding complete scripts.

“You get your page of lines and that is all you see. You have no idea of the script and no idea what’s going on and that is what is really magical about it.”

Plot spoiler below the cut!

Though he’s signing on for season 6, this wasn’t the first time Hassan has met with GoT‘s casting people. In fact, he’s had his eye on the show for years.

He tells Loaded, “I actually was a little bit angry because I’ve met for Game Of Thrones for every season but it never worked out. […] When you look at the show, how do I not fit in? It’s just one of those ones that I could never seem to get, until now. It’s not a regular role or a major role but the impact of what I do is epic.”

Asked whether or not his character may return, Hassan admits, “Well, a lot of people around me die. I didn’t die.”

So, no fiery fate for Hassan’s character, it would seem!

For the complete in-depth interview with the actor, visit Loaded.