Stunning 'Game of Thrones' paper art released by Lovepop! | Watchers on the Wall | A Game of Thrones Community for Breaking News, Casting, and Commentary 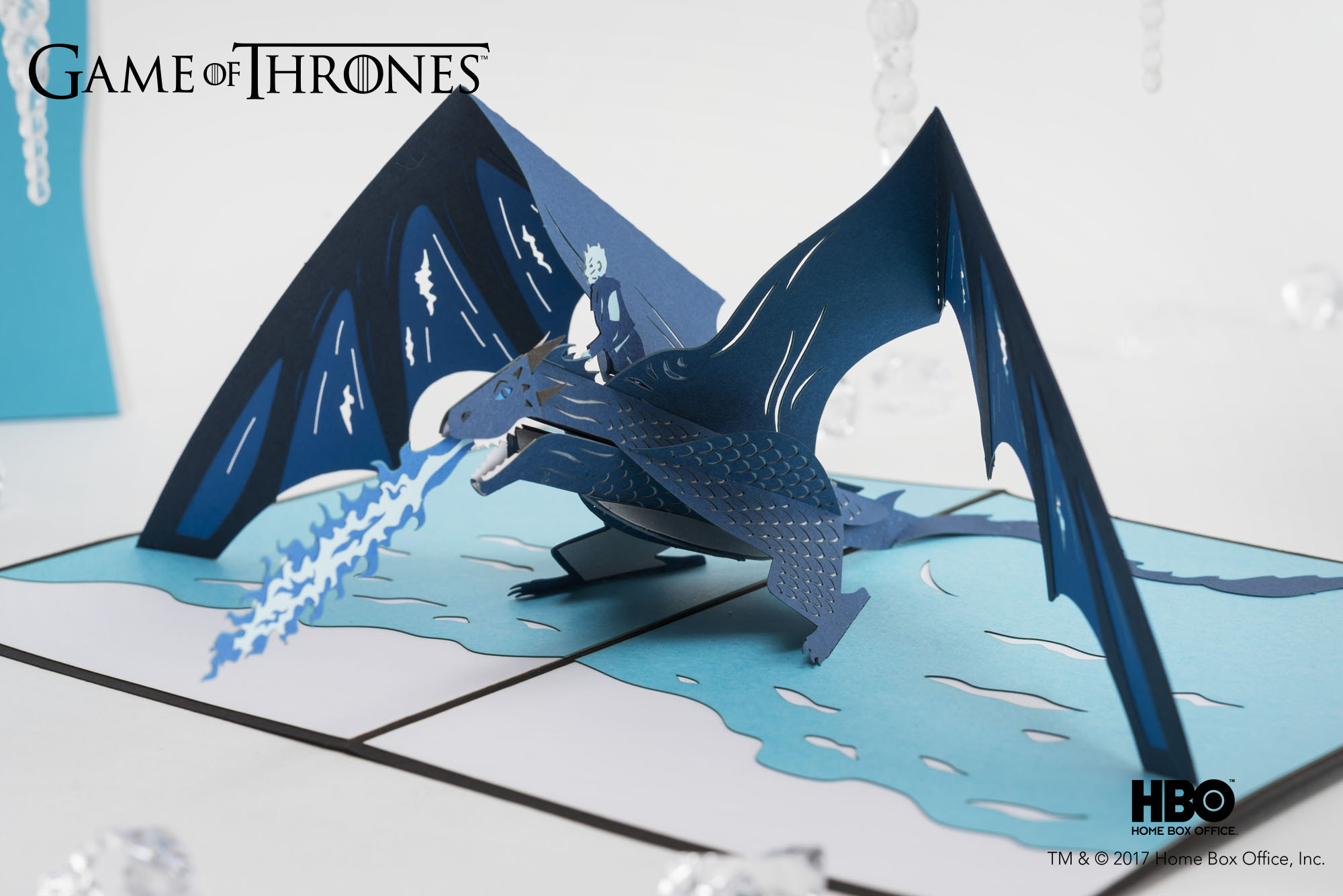 The Night King rides a resurrected Viserion in one of five deetailed pop-up cards released by paper company Lovepop.

The world of Game of Thrones is rich with detail, from the high-flying dragons to the elaborate costuming to the hundreds of blades that form the Iron Throne. Paper company Lovepop has recreated some of that detail with stunning handiwork, releasing a collection of their signature pop-up cards that depict Thrones characters and scenery.

The five cards include “Daenerys and Drogon,” “The Night King and Viserion,” “The Iron Throne,” “Weirwood” and “Euron’s Ship.” Lovepop creates the elements of these characters and scenery down to the smallest detail, including the red kraken’s eye on Euron’s menacing ship Silence to the leaves of the weirwood tree, Daenerys’ flowing blonde hair and the outlines of the melted swords that make up the Iron Throne. The inclusion of the Silence was a forgone conclusion for the company; both co-founders also are trained shipbuilders. 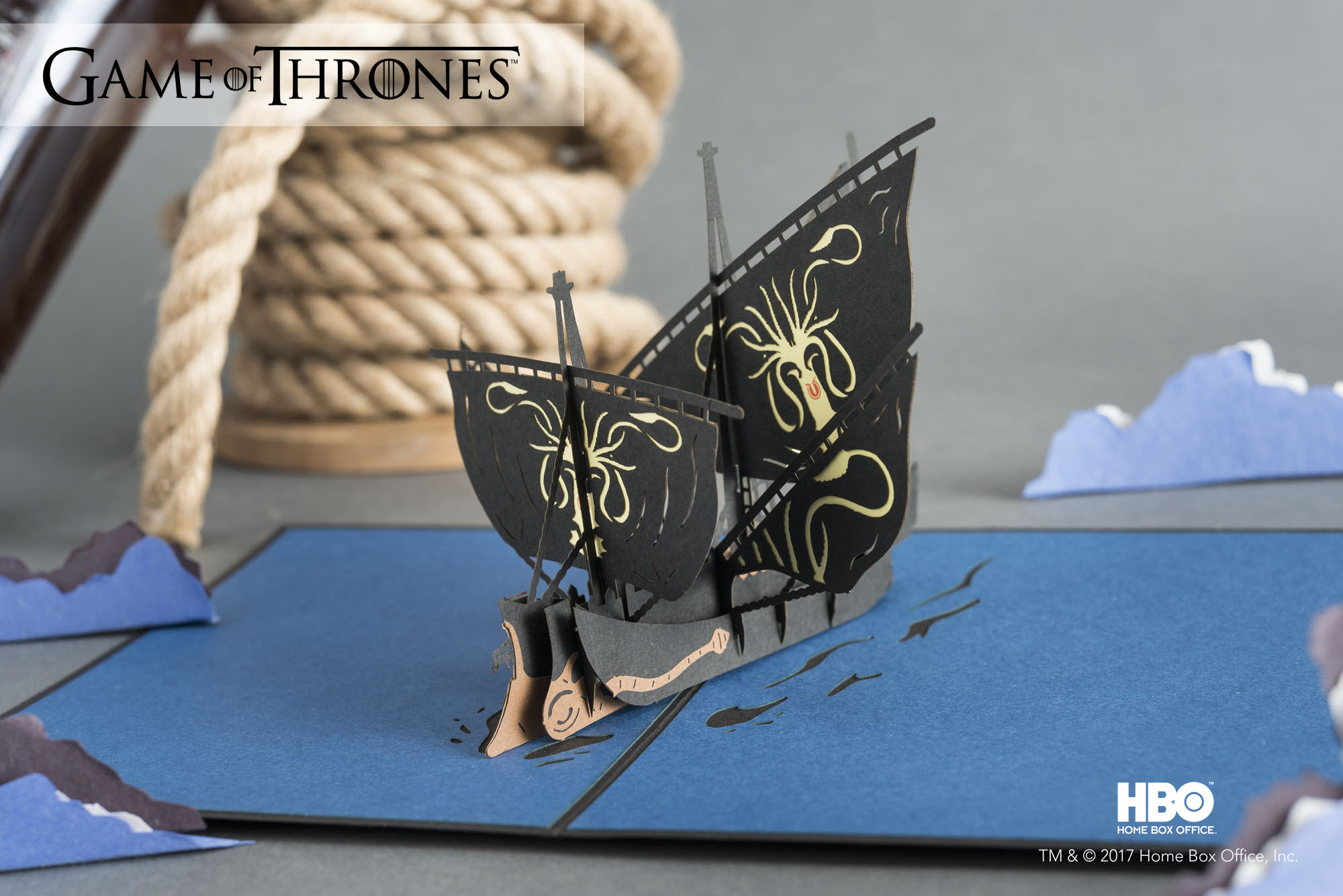 Euron Grejoy’s ship Silence rides the waves of a Lovepop card, one of five released by the paper company.

Lovepop uses a form of origami known as kirigami, in which the paper is cut instead of merely folded. The result is a stunning 3-D creation rich with detail. 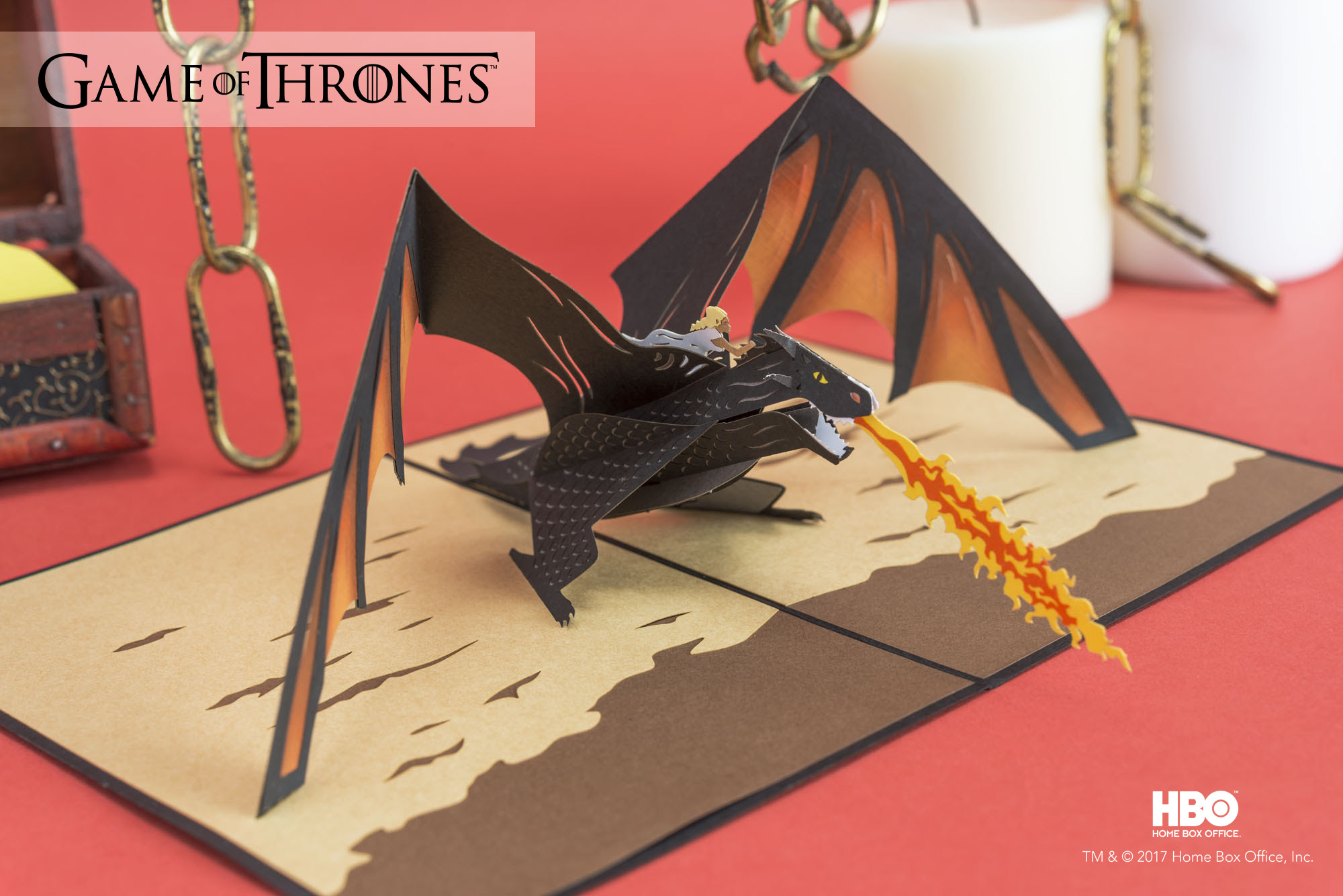 The collection is available on HBO’s website, as well as Lovepop.com.