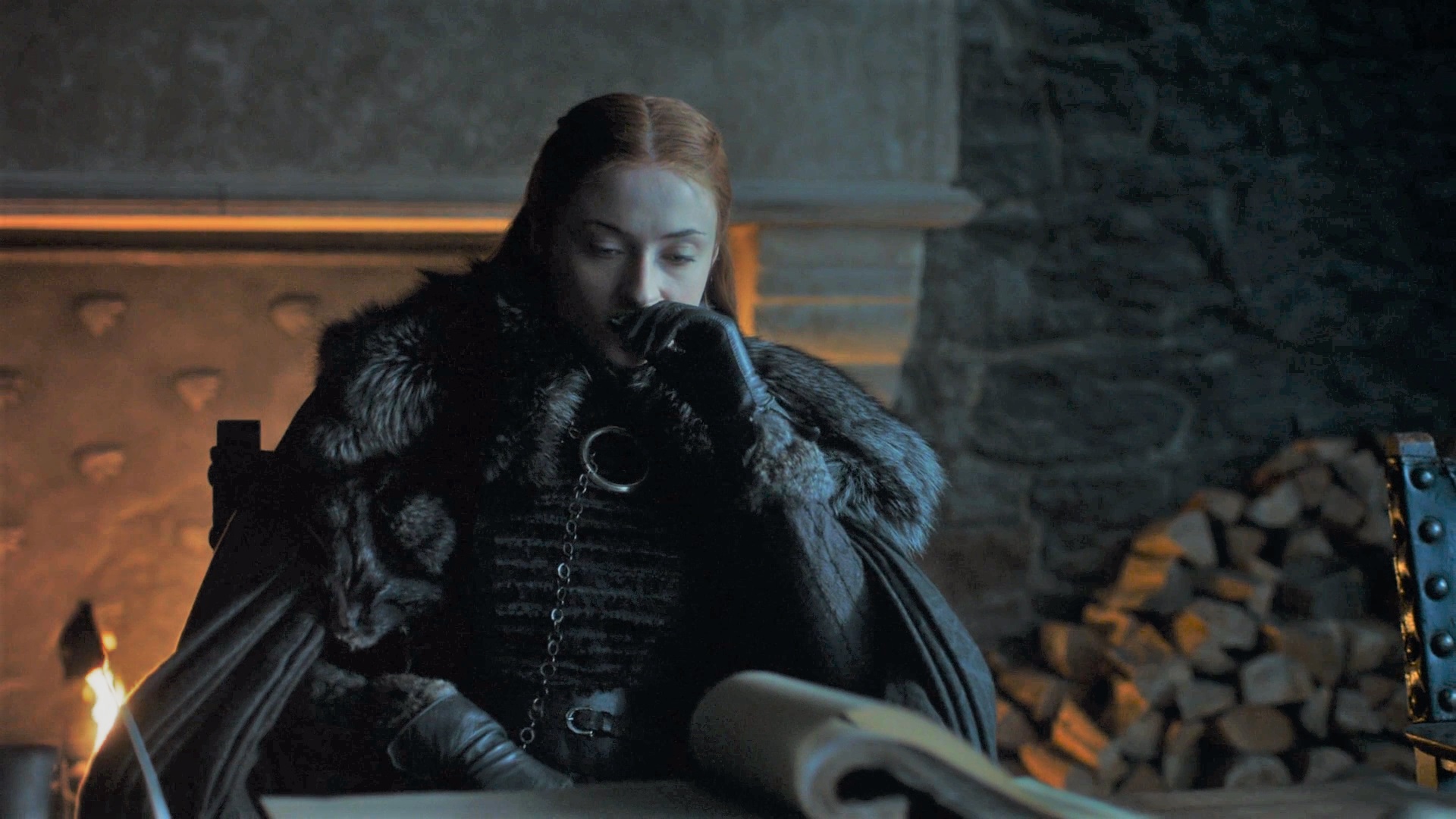 After throwing that big wrap party, most Game of Thrones cast members have left the show behind, and must now be fondly looking back at what the rest of us haven’t even experienced yet. One such cast member was Sophie Turner, who had, as usual, much to tease and hype up about the next season. And she clarifies her new Stark tattoo, as well!

Speaking to Digital Spy, Turner addresses her new Stark-themed tattoo, which features the phrase “the pack survives”, uttered by Ned Stark in the first book and echoed by Sansa in season seven. Predictably, some fans took this as a spoiler, which she’s quick to debunk: “That would be terrible, if I got the ending tattooed on my body, just before the last season came out,” she clarifies. “That would be so stupid.”

Regarding season eight, the actress teases, “without giving anything away,” her reaction to the ending: “People have come up with so many fan theories about how it’s going to end, and who will end up where, and who will end up with who,” she contemplates. “It really is so unpredictable the way that it ends up. I’m very satisfied with that, and I think that the fans will be satisfied with that, too. Well, we hope. We’ll see!”

She goes on to vouch for showrunners David Benioff & Dan Weiss, to whom series author George R. R. Martin gave “his blessing, and they continued in the vein that they thought it would go”. Given Martin’s organic plotting style and the unfinished state of his book series, an outline for the ending was as much as he could ever offer, which he did: around the time of season three, he welcomed David & Dan in his home at Santa Fe, as by that point they had to know where this story was heading before moving forward.

Just how much of the last three seasons were part of Martin’s outline and how much were product of David & Dan’s own storytelling may always remain a mystery, but Turner more than implies they were left with much of the creative burden once the show surpassed the books: “From reading the books thus far, it was their interpretation of where they thought the show would go,” she claims. “They’re still doing justice to the story, and serving the characters in the way they feel like they should be.”

Though some still wonder how all characters could be serviced in only six jam-packed episodes, as far as I’m concerned, as of the end of season seven, the only thing left for these characters to do is to reach their climaxes. After all, Game of Thrones has always been all about human drama with a country at war as the backdrop. That said, Turner assures us the last season won’t disappoint us in the “war” department either: “They definitely upped the ante. They’ve got nice, big battle scenes, that’s for sure.”