Sophie Turner on Littlefinger, Kristofer Hivju on Tormienne, and more | Watchers on the Wall | A Game of Thrones Community for Breaking News, Casting, and Commentary 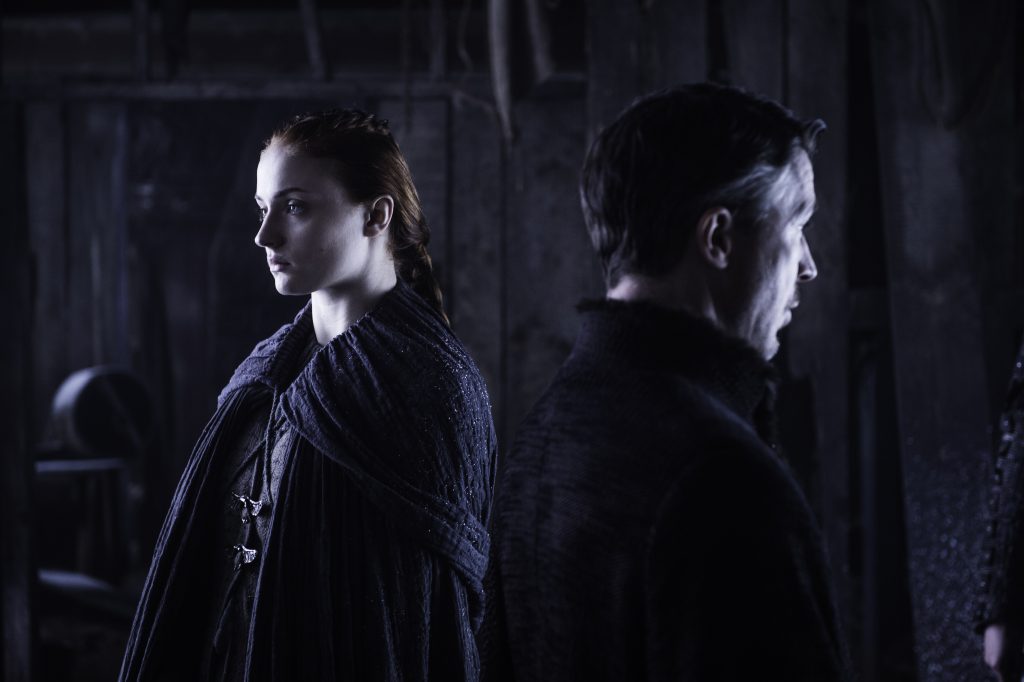 After such an emotional episode last Sunday, we have some more lighthearted Game of Thrones Season 6 material for you today. With the Los Angeles Times, Sophie Turner discusses Sansa Stark’s changed feelings for Littlefinger. Kristofer Hivju dishes on Westeros’ hottest new couple “Tormienne” at Screen Crush. We also have a video from Conan where he challenges the Lannisters (Lena Headey and Peter Dinklage) to a game of “Overwatch.”

Definitely this season she’s sick of being a pawn in everyone else’s game. And finally she’s playing the game. Every time she goes somewhere with someone, it doesn’t work out. So just doing her own thing and trying to make people listen to her. It’s very much about her taking her own path.

Turner comments on the speech she delivered to Littlefinger where she addressed the horrid acts she endured.

It was very empowering. It was a big moment for her. It was kind of a moment where she’s voicing what everyone else is wanting her to say. [It’s] finally happening for her. It was a big thing for me, I think, because it was the first time that she’s really stood on her own and been true to herself and been unafraid to say what she wants and say what she means. It was a very big moment; very, very emotional.

She also adds the scene “wasn’t difficult” to film and “felt like a release of emotion.”

Turner talks more on Sansa’s growth in Season 6, why she lied to Jon, and more over at The LA Times.

The most unexpected yet quickest-to-love ship of Season 6 involved none other than the bearded wildling Tormund Giantsbane and the oathkeeping knight Brienne of Tarth. While we’ve heard from Gwendoline Christie (Brienne) recently, it’s time to hear what Kristofer Hivju (Tormund) has to say.

That was unexpected, huh?

Yes, yes it was. He laughs and gushes over working with the lovely Gwendoline:

He even has his own name for the ship: “Briemund the Tarth Bane.”

Being involved with Jon’s resurrection involved secrets, secrets, and more secrets being kept on set. He says even some of the other actors were kept in the dark:

Well I must say that Kit Harington is a brilliant liar. He made a huge drama, he even had a speech and said like, “I’m so grateful to be on this show” and “nice to work with you all.” And Maisie [Williams] one night, she went up to him and she took him by the ears and she looked him deeply into the eyes and she said, “Is it true? Are you dead?” And with tears in his eyes he said, “Yes Maisie. I’m sorry, but I am dead. I’m not coming back.” So he was a brilliant liar to all of us. He really kept that. But of course when we read the script for this season we all knew what was going to happen. Then we had the shared lie.

Hivju further reminiscences keeping Jon Snow secrets, teases a big battle, and even touches on his role in Fast 8 over at Screen Crush.

Are you glad to see Sansa finally taking charge? Have you climbed aboard the S.S. Tormienne? Let us know below!