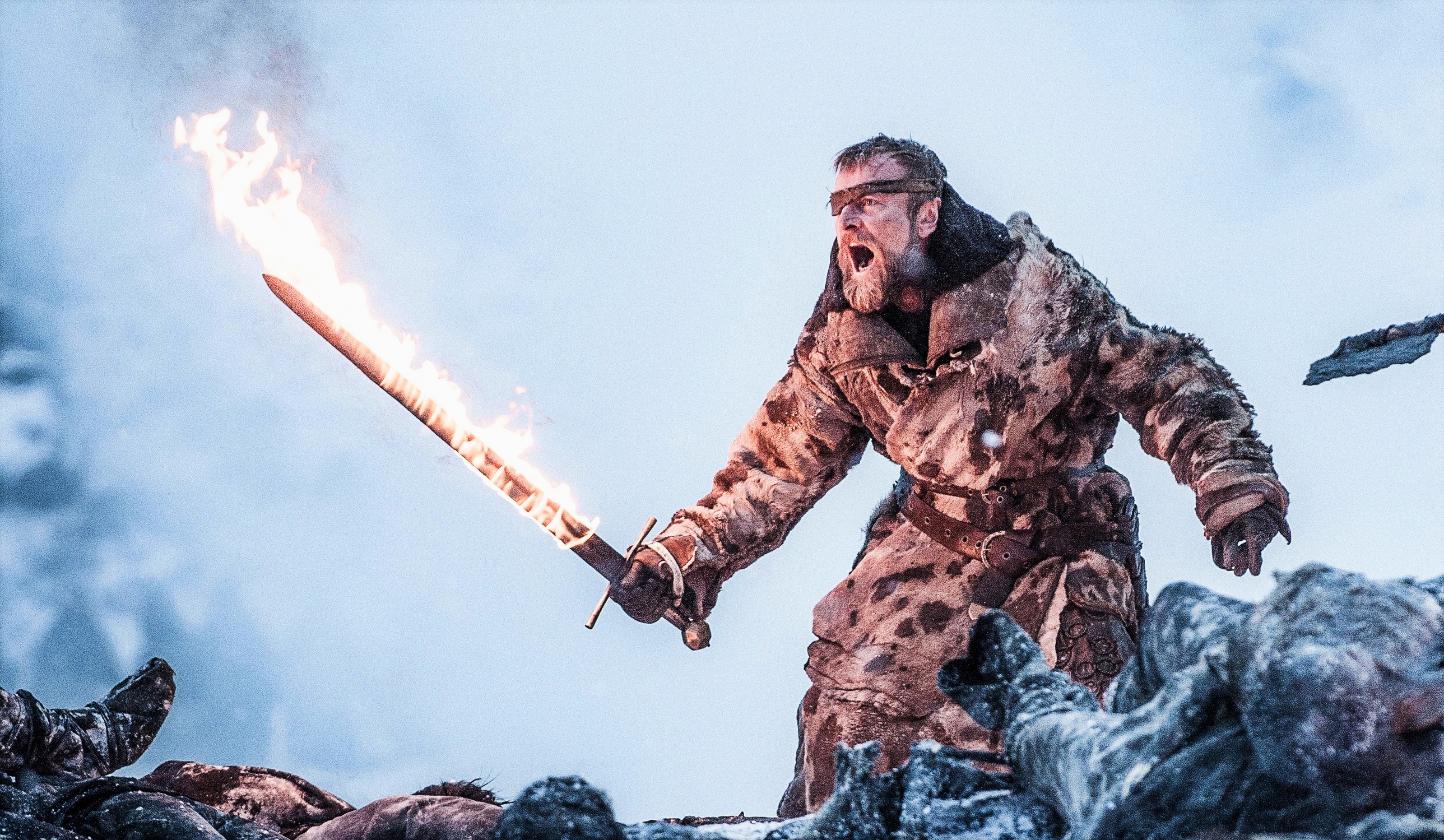 As Game of Thrones continues filming its eighth and final season, this evening we bring you the latest on the ongoing shoot at Magheramorne Quarry’s new green screen set. The last two night shoots saw the return of a fan favorite and more marching armies. Spoilers today are mild but suggestive, so venture below the cut at your own risk!

GoTlike Locations shows that lately production has been taking place concurrently at Shane’s Castle, Saintfield and Magheramorne, but the latter remains the central filming location, and the one out of which we are getting the most juicy spoilers. Case in point, Davy Orr shared this video from Tuesday’s night shoot, which features a flaming sword:

Please ignore the crewman with a light-stick to the right; the actual flaming sword first appears at the 00:17 mark and is glimpsed repeatedly until a cast member brings it out and we see it clearly. The last 20 seconds of the video show this again, but zoomed-in.

Positive identification is impossible here, but who could it be but Ser Beric Dondarrion? We last saw the knight with his special blade in “Beyond the Wall,” which is incidentally the episode in which his companion Thoros, the only other character known to have wielded a flaming sword, died. I’m sure this will provoke many theories of Jon or someone else wielding Lightbringer, but I’ll stick to my guns — if nothing else, because it’d mean we’ll get to listen to Richard Dormer’s voice for at least one more time!

Tonight another scene is being shot, with many more extras, as we can see in the following photos provided by GOTlikeLocations. But that’s not what stands out the most:

This was taken before shooting; they were testing the smoke machines. Photo: GOTlikeLocations

The extras appear to be wildling wights. Photo: GOTlikeLocations

Though it’s difficult to be sure without video footage, these soldiers appears to be shambling more than marching, which points to the army of the dead. That would also fit the smoke, as White Walkers are known to bring a creepy “white mist” with them. Smoke machines are routinely used to add some texture and atmosphere to a scene, so we shouldn’t necessarily expect any fire — it could just as easily be mist or fog.

UPDATE: There is fire after all! It may be for a different scene, as there are fewer extras, and positioned differently. Whatever the case may be, GOTlikeLocations delivers again: 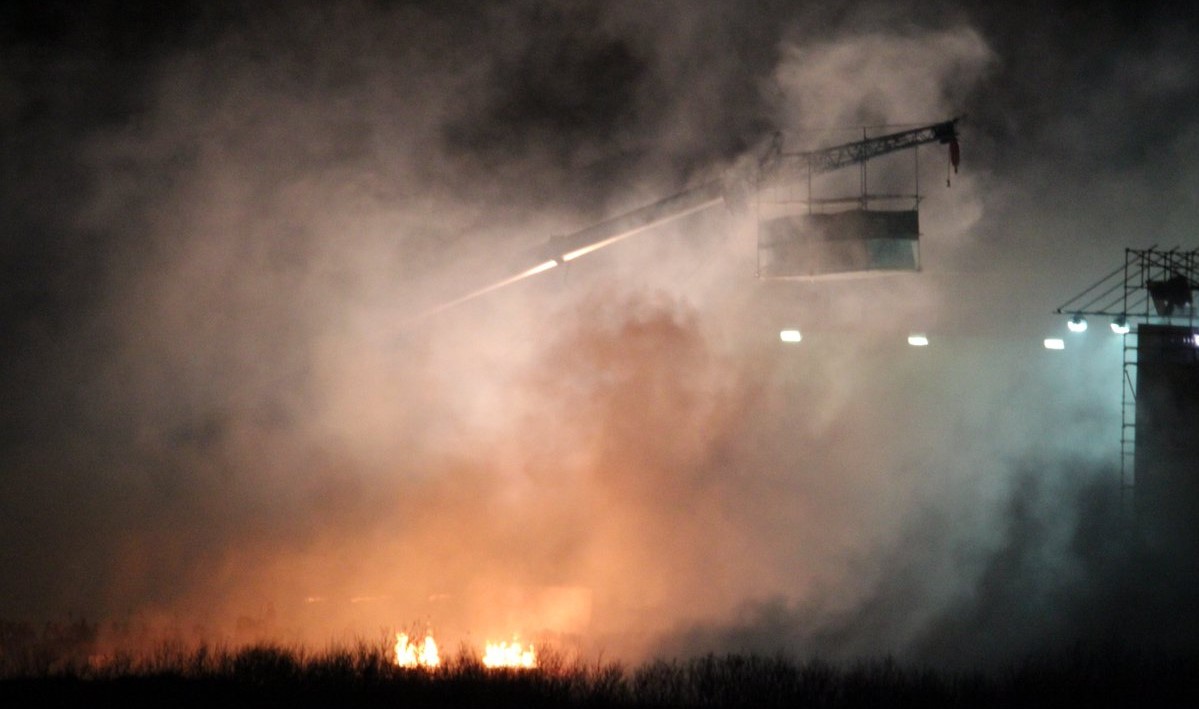 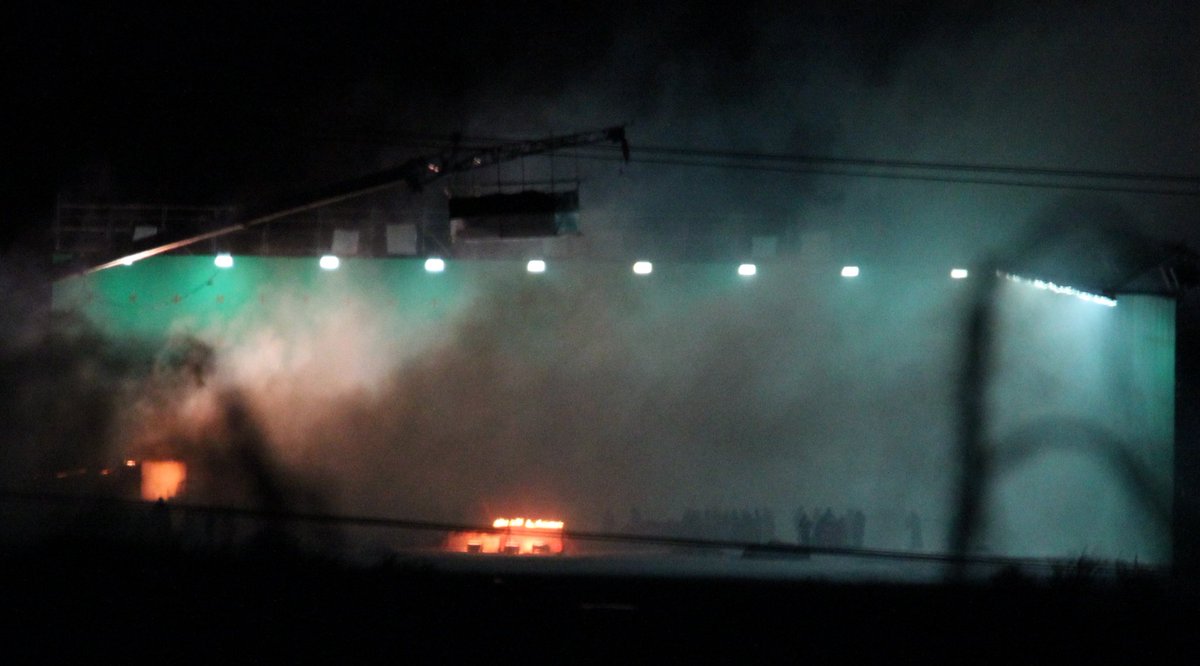 Thank you for all your tweets. I am not on Reddit. Been to busy tonight. pic.twitter.com/DpKUduznoQ

The horizontal “fire rods” are just used to provide lighting from an actual flame source, so you should probably not pay much attention to their particular shape. What about the other fire source, though? Does this concern the wights amidst bonfires we reported yesterday? Are these humans in an encampment? Or something else?

So, what do you think? Will Beric Dondarrion escape the Breach of Eastwatch and live to fight another day? Will we see him fighting the army of the dead in season eight? Are the poor White Walkers constantly towing a smoke machine just to appear more scary?