Season five casting news and exclusive updates! | Watchers on the Wall | A Game of Thrones Community for Breaking News, Casting, and Commentary 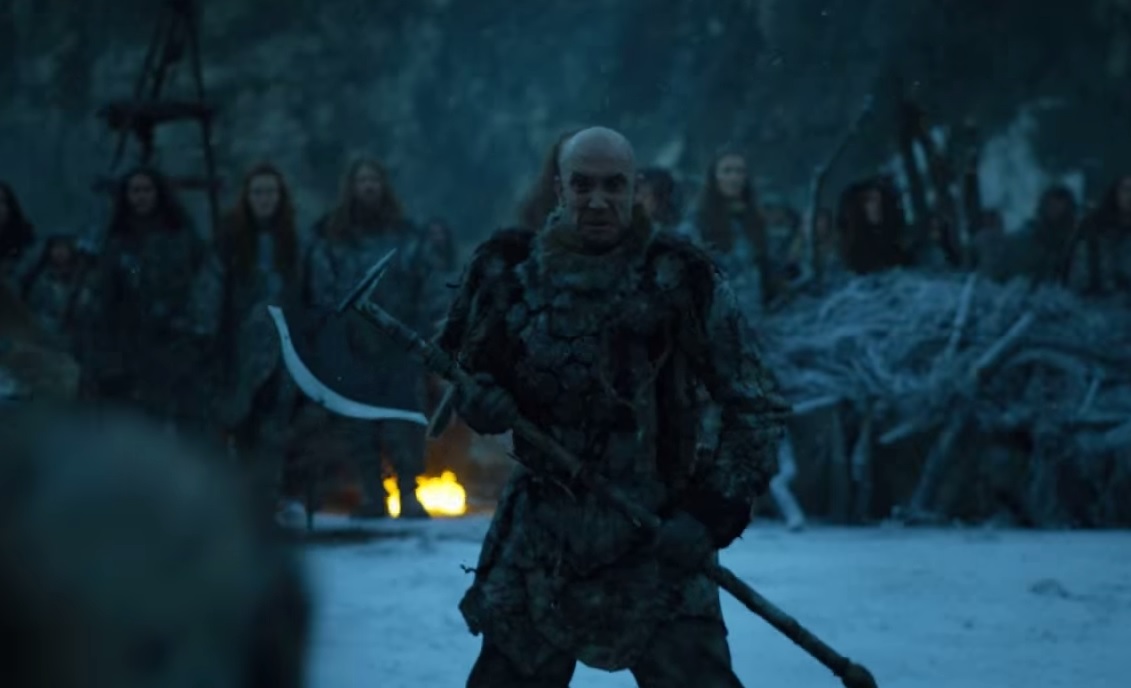 We have some fresh Game of Thrones casting info today, plus exclusive new details and confirmations from WatchersOnTheWall sources about previously reported castings. Let’s get right to it!

WotW commenter Greenjones uncovered on IMDb two days ago that Zachary Baharov (or Zahary- his agency says one name, IMDB says another) will be playing the role of Loboda. IMDb can be unreliable (*cough*), but Baharov’s agency CV also states that he’s playing the role so this is legit.

As our sources reported several months back, Loboda is the powerful leader of a cannibalistic tribe (presumably the Thenns). The casting call noted that Loboda has a long scene with leading cast members where a battle plan is discussed, so the character will be part of some interesting scenes, it sounds like. We’ve already gotten a sneak peek of the character in the season 5 trailer, as pictured above.

A month ago, we reported the casting of young actress Hattie Gotobed in the role of Ghita. At the time it was unknown what part the character played in season 5. Our sources have confirmed that Gotobed’s character is, as we speculated, playing the role of the ill child referenced in a casting breakdown. The child is mentioned in the writeup for the role of her father, Joss.

Nigel O’Neill will be playing a Baratheon general in a David Nutter episode this season, according to his resume. Nutter is directing episodes 9 and 10 which means the general could come into play in either episode, or both.  (IMDb has O’Neill listed under both episodes, because as we’ve discussed a lot this week, the site is fan-updated.) We’ve seen a battle in the season 5 trailer. A general certainly could come in handy then, and we know Game of Thrones loves having a big battle at the end of the season.

We know thanks to an Instagram pic that Tristan McConnell is playing the role of Gordy. This season, a source says that Gordy and another character named Simpson are Bolton soldiers at Winterfell in one episode.

Next up are two Night’s Watch characters: Ian Lloyd Anderson will be playing Derek, and Jonathan Byrne will be playing the role of Brant. The characters are referred to as “bullies,” and have a couple of scenes in one episode.

Now, for a particularly exciting bit of news: a trusted source reports that in the fall, during filming, Ian Gelder was in the Belfast studios, and that at the very least, he’s in episode 10. The return of Kevan Lannister has been speculated on for months, with another source stating they thought they’d seen someone looking very much like Gelder in Dubrovnik, during the filming of a pivotal scene- huge spoilers at this link. It’s great to have some confirmation from a confident source.