“A Knight of the Seven Kingdoms” wasn’t a season premiere or finale, or a battle episode. In fact, it wasn’t an explosive episode at all, unless one counts sexual tension (and its release), and yet I would argue it undoubtedly was one of the most well-written and best-executed hours of Game of Thrones ever. How is this reflected in the ratings? It may not break any major records, but “A Knight of the Seven Kingdoms” is still in the TOP 5 of Game of Thrones episodes ever in terms of viewership. Get the details below…

Deadline reports that “A Knight of the Seven Kingdoms”, the second episode in this short six-part eighth and final season, was viewed by 10.3 million people on HBO’s first airing in the United States. If we add additional airings in the US that Sunday night as well as some of the streaming services, the episode climbs up to 15.9 million viewers. For comparison, by the same metric the season premiere was seen by 17.4 million. 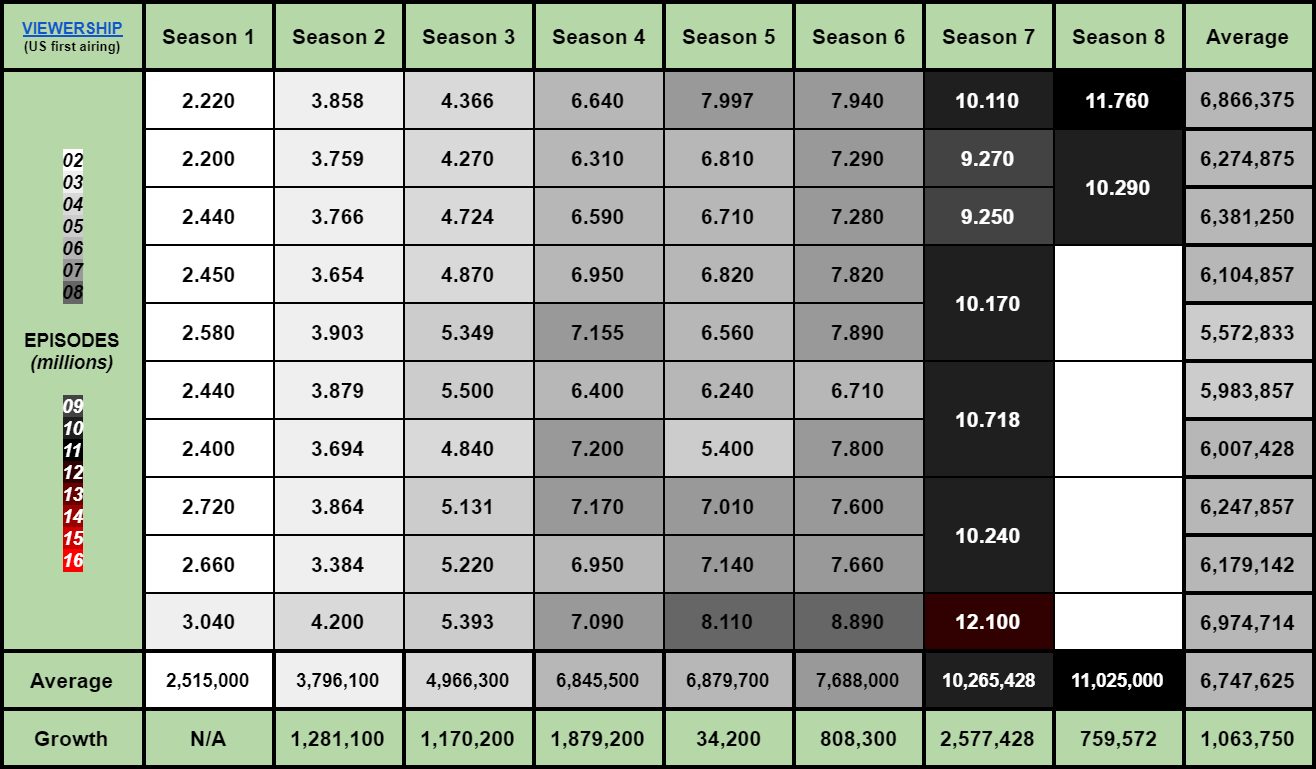 “A Knight of the Seven Kingdoms” is the most-watched episode two in the show, and the most-watched one of those positioned between the premiere and the mid-season (which may be a fairer comparison, given the last two seasons have fewer episodes.) 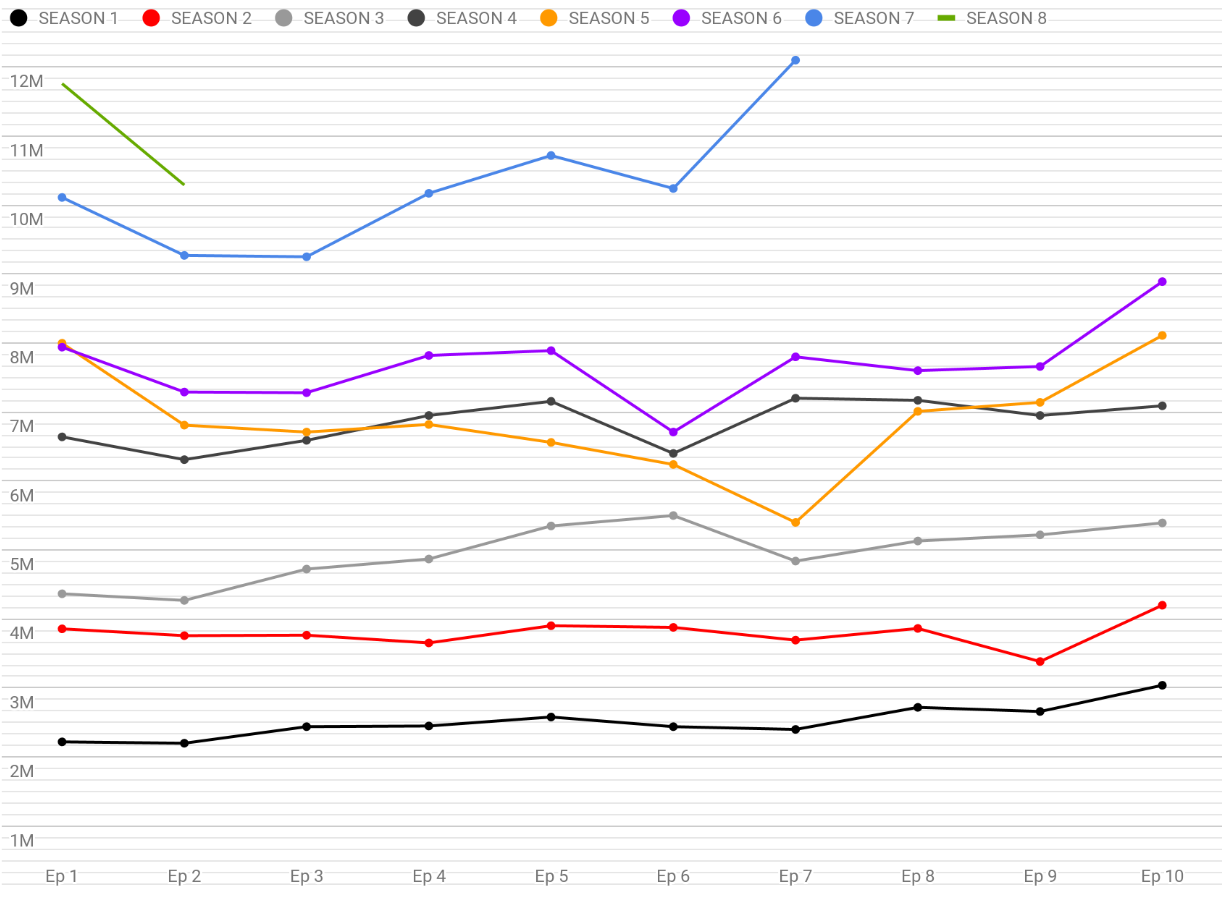 Though “A Knight of the Seven Kingdoms” breaks no other records, it still holds the honor of being the fourth most-watched episode in the show’s long history, behind only “Eastwatch” (at 10.7 million), which came after the excellent, cliffhangery “Spoils of War”; “The Dragon and the Wolf” (at 12.1 million), which was the finale for season seven; and last week’s season eight premiere, “Winterfell” (at 11.8 million). These are more than worthy companions for what turned out to be a rather quiet, if beautiful, episode.

A Knight of the Seven Kingdoms, episode 802, ratings, Season 8, Viewership