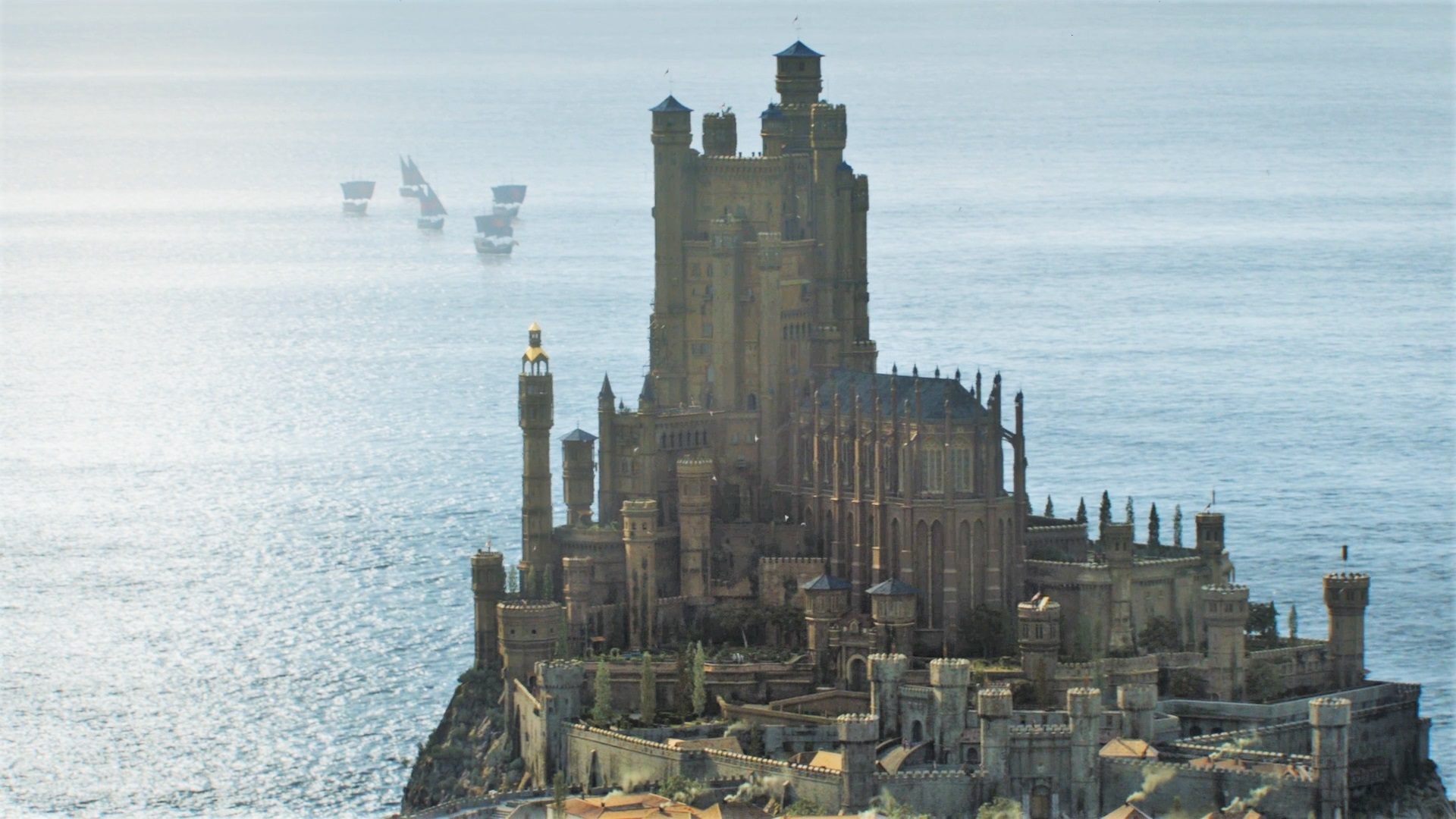 The Spanish shoot for the last season of Game of Thrones is behind us and what’s ahead of us won’t last for much longer. With filming nearly finished, it appears production is now re-focused on Belfast’s fictional neighbourhood, the streets of King’s Landing, with the crew shooting its newly demolished wall from an epic bird’s-eye view.

Yesterday, A Red Priestess took photos of the capital set as production was underway. In these pictures you can also appreciate the end result of the recent construction work:

After a lot of work, the gate towers now appear to be burned down. Photo: A Red Priestess 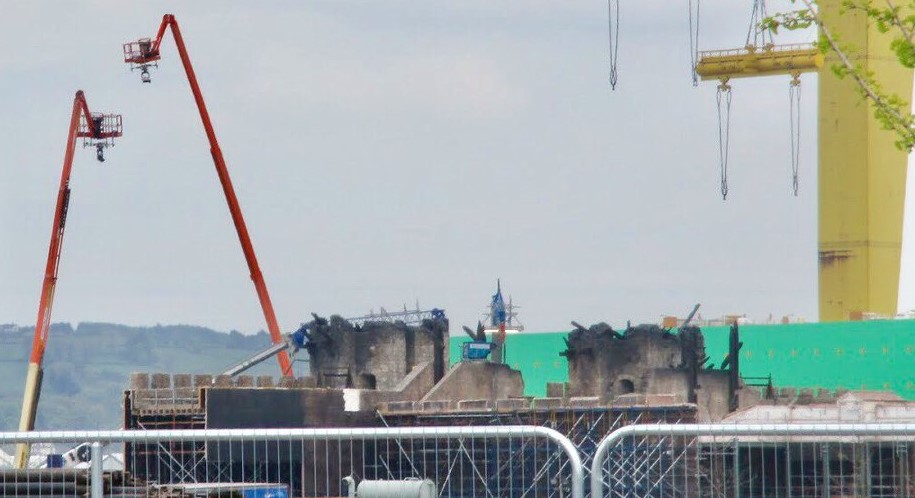 The avenue is being filmed from the Lannister-held Red Keep gate. Photo: A Red Priestess

We can’t see much, but it’s exciting to know this setpiece shoot is past a turning point in which the city is breached. Whatever is being filmed exactly, we should expect lots of epic crane shots; I can’t blame them for wanting to showcase this set in all its glory.

As for the sudden reappearance of the vertical Lannister banners on the Red Keep gate, I wouldn’t advise you to read too much into it. After all, the banners were only stripped from the gate for a short time, and the show isn’t filmed in any coherent order anyway. In fact, the green screen behind the Red Keep battlements could indicate yesterday was the first time anything was shot directly on the gate. Because of all this, the inconsistent flags could have absolutely nothing to do with the story and be all about production.