Unlike Rhaegal, Season 8 ratings keep flying steady with "The Last of the Starks" | Watchers on the Wall | A Game of Thrones Community for Breaking News, Casting, and Commentary 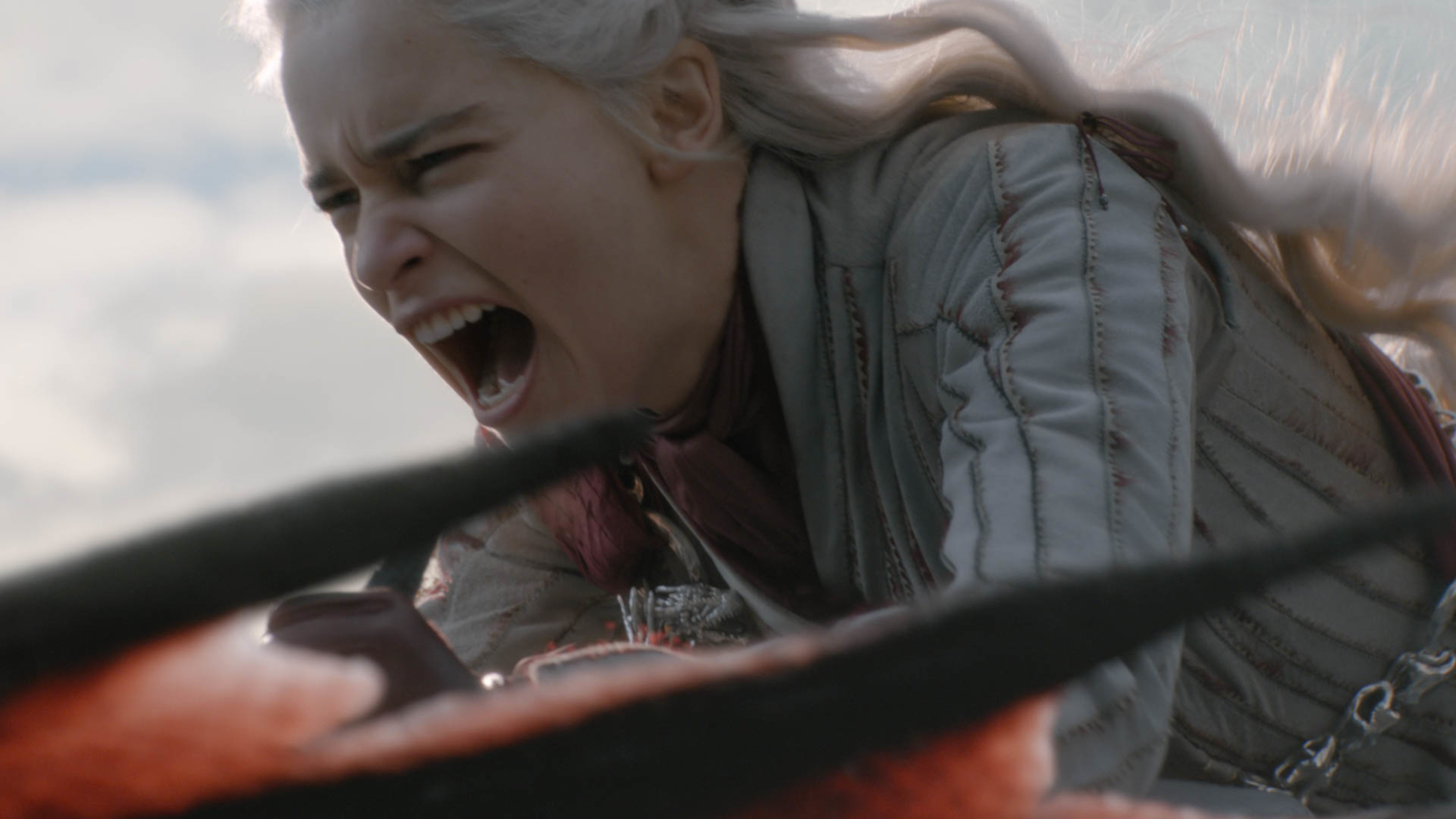 Daenerys is understandably upset about that terribly cruel title. How dare I, honestly!

As “The Last of the Starks” came right after a battle, it’d be understandable if most audiences expected it to be a relatively calm episode before things got dicey again; and it was, for a short while. By the end, however, we’d seen another (quick) battle and the shocking deaths of two beloved characters. Did the ratings reflect the usual “calm before the storm” dip, or did audiences anticipate something big was coming?

Deadline reports that this past Sunday’s fourth episode of season eight earned a viewership of 11.80 million during HBO’s first airing on the United States. 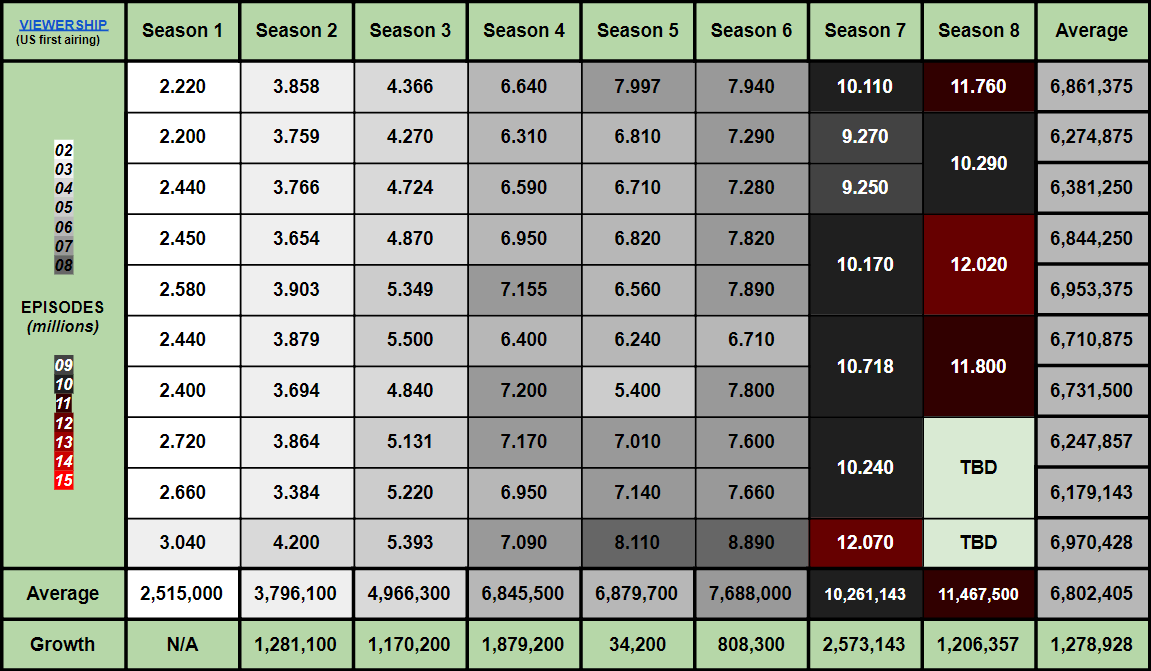 At 11.80 million, “The Last of the Starks” is the third most-watched Game of Thrones episode on its first US broadcast, behind only the as-yet unmatched season seven finale, “The Dragon and the Wolf”, at 12.07 million viewers, and “The Long Night”, at 12.02. This new episode just got past the 11.76 figure from this year’s premiere, “Winterfell”.

As I asked last week: will season eight break the season seven finale’s record? If any of them have a chance, it’s either the fifth episode this next Sunday, which promises to be the final battle between Daenerys and Cersei, or the series finale the week after it. 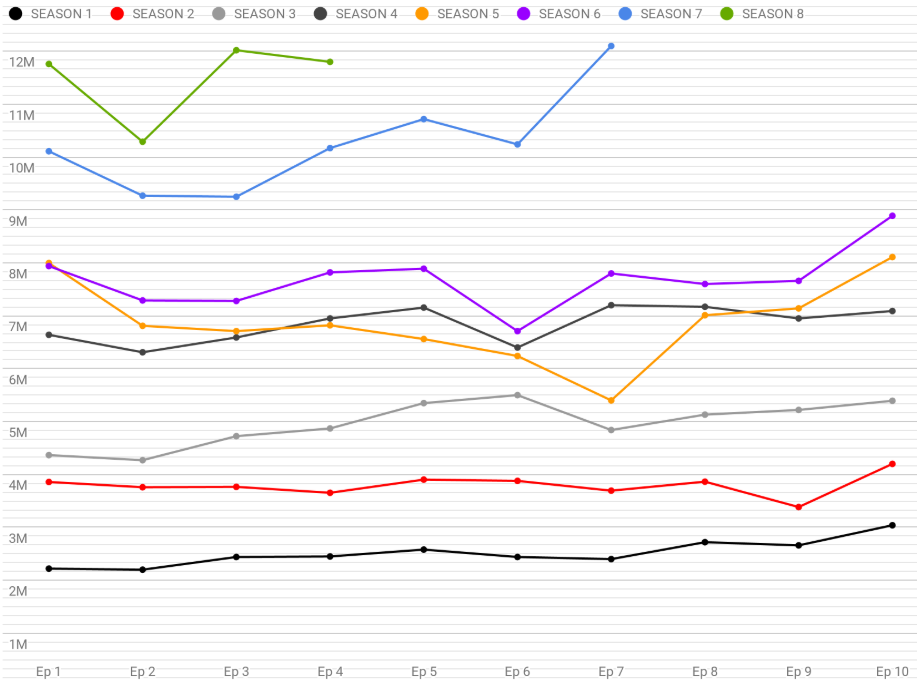 First airing figures don’t quite mean what they used to, however. After all, when taking overnight airings and streaming into account, “Winterfell” surpassed the season seven finale with 17.4 million viewers, a new record broken again by “The Long Night”, at 17.8 million. Since this is a truer reflection of how people watch television nowadays, that may be a more accurate metric by which to judge viewership. Under those standards, this episode did proportionally as well as on first airing, with 17.2 million viewers, which makes it the third most-watched Game of Thrones episode this way too.