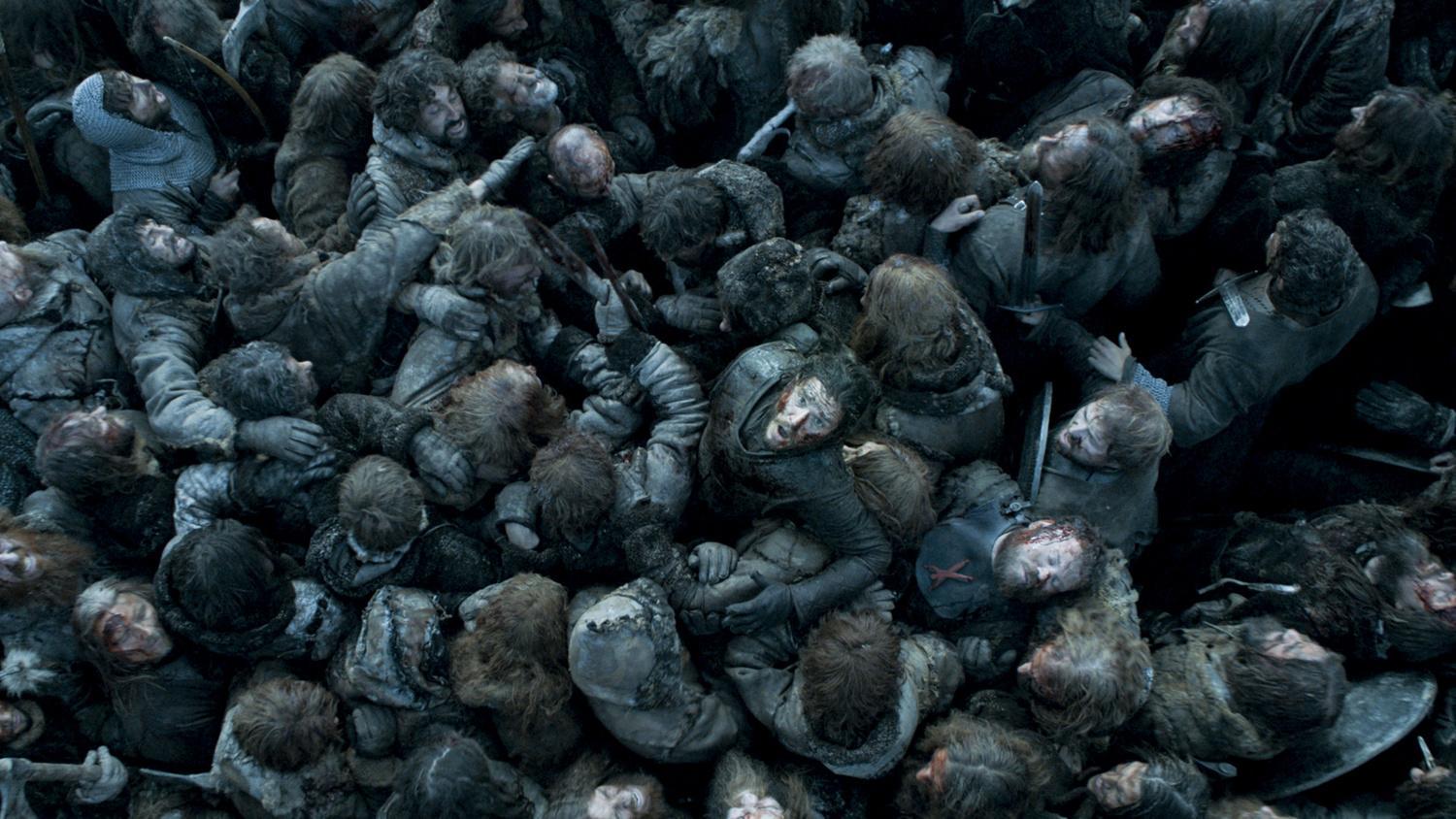 In the last few months of Game of Thrones news, much attention has been paid to the Winterfell set in Moneyglass and to the new Paint Hall set, where big things are brewing. In fact, today we bring you exciting news about the former. But there is more! The final season always promised to be a vast production, but now we know it’s even bigger, as a new set —the largest of its kind— has appeared next to what once was a mainstay of the show, yet is now a rarely revisited location: Magheramorne Quarry, Castle Black.

In Moneyglass, vegetation isn’t the only thing that stands out against the snow anymore. GoTlike Locations shows there is something new: corpses litter the fields of Winterfell.

It’s difficult to tell in any detail, but this panorama looks similar to the aftermath of Stannis’ and Jon Snow’s battles against the Boltons in Winterfell, in seasons five and six. As well as what appear to be corpses of soldiers, there are larger bodies — probably poor dead horses. Thankfully, they are all props, as we have seen many times before.

Winterfell filming began in late November, but of course it wasn’t all for this action sequence. However, the third battle for the Stark stronghold, which will likely take place in the mid-season, has been in uninterrupted production since —at least— late January. A month and one great revelation later, it’s still not showing any signs of slowing down. Going by the filming schedules of previous battles, it wouldn’t be surprising if this battle shoot extended into March, at which point the next big thing will take its place.

But there are other “big things.” Thanks again to GoTlike Locations, we know the show’s two largest sets, sites for the eighth season’s two great battles, now have competition:

As you can see, near Magheramorne Quarry, where Castle Black stands and the battles of Blackwater and Hardhome were shot, a gigantic green screen has been erected. This green screen set may rival most expensive Hollywood productions! I don’t know if it is a world record, but it’s certainly a record for the show, and maybe for the country.

Now, all there is left for us to wonder is: what is Game of Thrones planning to do with this massive new playground? Most recently, similar (though smaller) green screen sets were used for the Magnificent Seven’s fight against the wight polar bear and the White Walkers’ approach to the Wall. So this one is probably going to be used for action sequence elements that were deemed to be unfilmable in a real set. With that enticing thought, I leave you all to let your imagination run wild in the comment section below!