Roger Ashton-Griffiths Confirmed for Con of Thrones! | Watchers on the Wall | A Game of Thrones Community for Breaking News, Casting, and Commentary 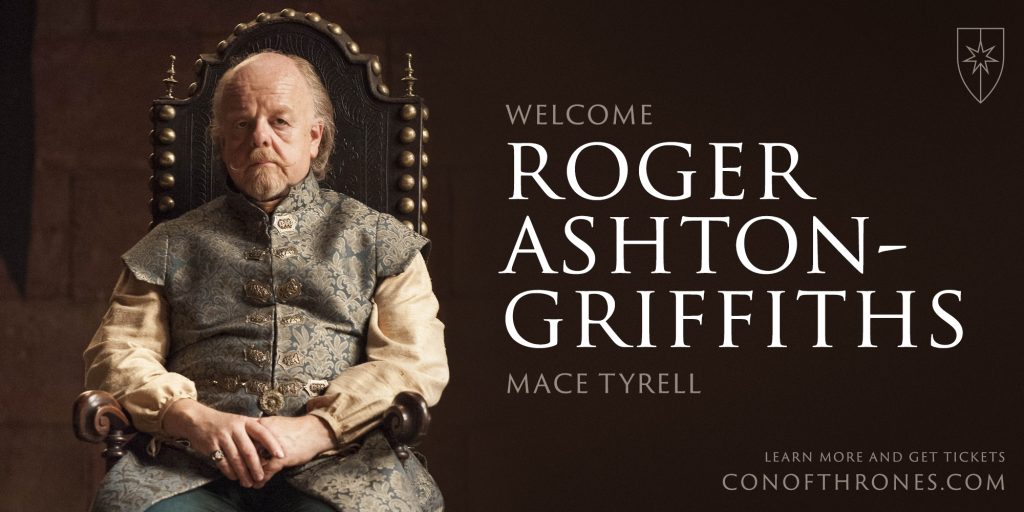 It’s another busy week for Con of Thrones news! Yesterday the con confirmed that the show’s Emmy Award-winning sound designer Paula Fairfield will be a guest at the event in Nashville, Tennessee this summer, and today there’s another announcement. Adding to the exciting roster of cast members in attendance, Con of Thrones is now welcoming Roger Ashton-Griffiths!

Ashton-Griffiths is beloved by fans for his performance as the lovable and occasionally opera-singing oafish Lord Mace Tyrell. The actor joined Game of Thrones in the fourth season, putting a face to Margaery and Loras’ often-mentioned father, a well-established character from the A Song of Ice and Fire novels. Mace went out in a blaze of wildfire glory in the season six finale, along with his children- but we’ll always have Braavos, won’t we?

Roger Ashton-Griffiths will be attending the con on Friday and Saturday (June 30-July 1), where he’ll be taking part in panels. He’ll also be doing autograph and photo sessions- so reserve yours now.

Con of Thrones (CoT) is its own legal entity and is owned and operated separately from Watchers on the Wall (WotW). WotW owners and staff are assisting with CoT on a volunteer-basis only. All inquiries should be directed to management at Con of Thrones. Hope to see you there!