Robert M. Ball talks 'Beautiful Death,' records time-lapse video of his 'Spoils of War' creation | Watchers on the Wall | A Game of Thrones Community for Breaking News, Casting, and Commentary 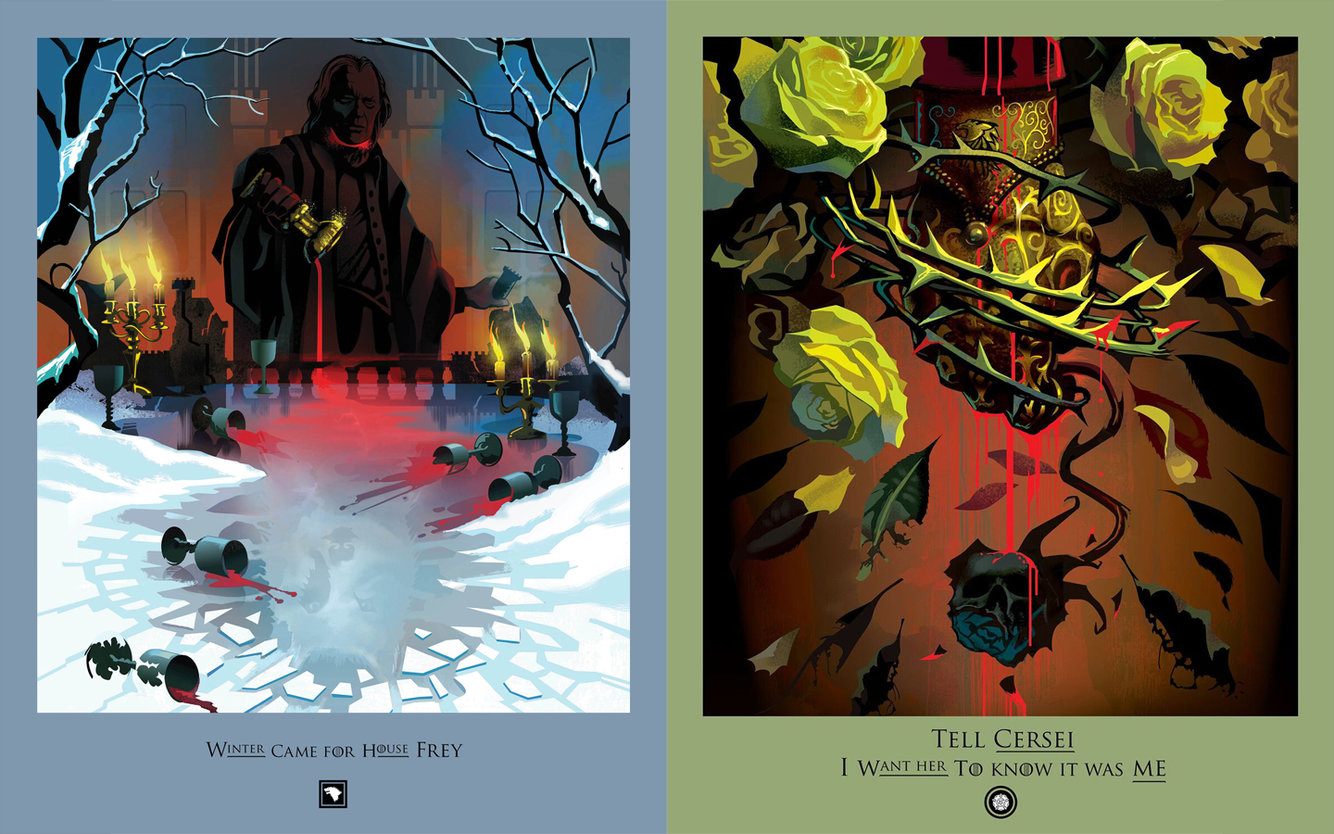 Death, in Game Of Thrones as much as in real life, is often loud, messy and graceless — but you’d never know it from Robert M. Ball’s “Beautiful Death” illustrations that commemorate the show’s most iconic or memorable deaths. Richly detailed and vividly colored, it’s hard to look at the posters and not be drawn in by both their beauty and the numerous references to previous seasons or lost characters.

“Symbolism plays a massive part in the posters,” Ball said in a recent interview with Insider. “As the series has gone on, I’ve crammed more and more references and details in as much as I can in there.”

Ball often references various House sigils like the Stark direwolf, Lannister lion and Tyrell rose or dead characters. One of his favorites was the illustration for the beheading of Janos Slynt by Jon Snow, which “mirrored exactly the very first episode with Ned Stark beheading the deserter. What I could do with an illustration was make something explicit that was implicit in the episode.”

“In that illustration I’ve got the back of Jon Snow, but the shadow cast is of Ned Stark, his father, or who he thinks is his father,” Ball added. “He’s finally stepped into his shoes, and is ready to become King of the North. Any posters where I can add some meaning or tell a story, that’s very satisfying.” 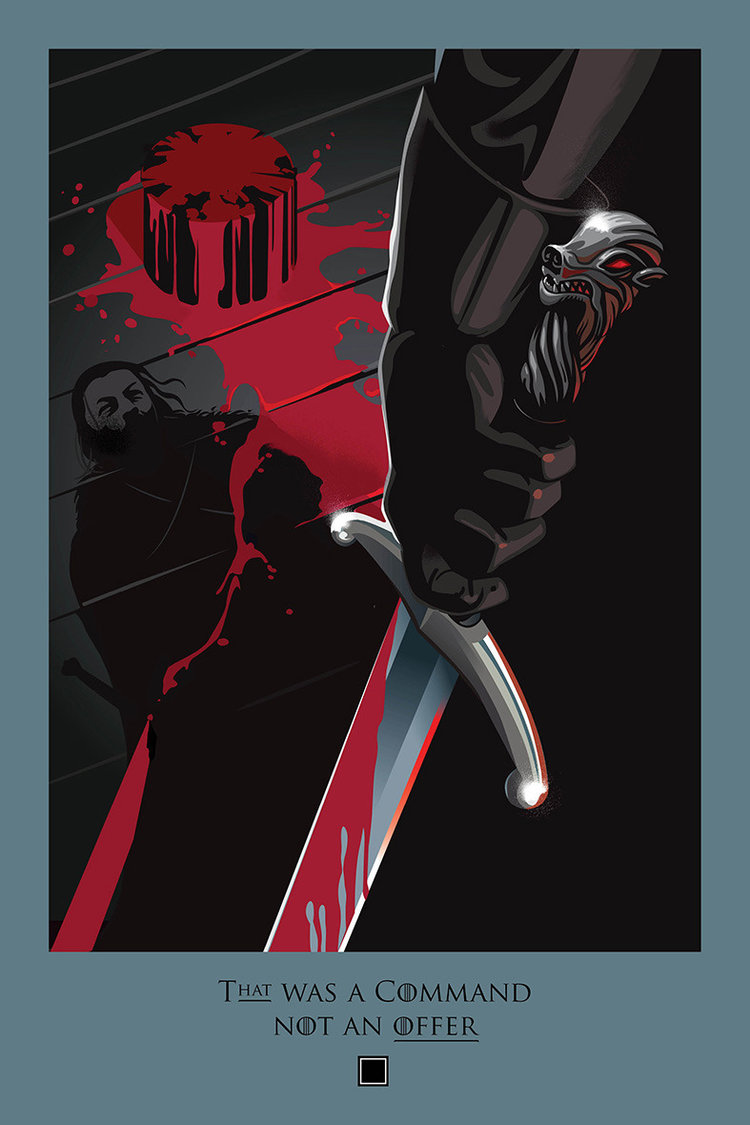 Ball began the “Beautiful Death” series just before season 4 aired, creating a poster for each episode to remind viewers about what had happened in the previous three seasons. The fan response was immediate and enthusiastic, and he’s continued with the series ever since.

For the most recent episode, “The Spoils of War,” Ball recorded a time-lapse video of how he created the “Beautiful Death” illustration:

For Ball, who was a fan of Thrones before he began the illustrations, it’s an incredible opportunity to create art related to a show that he believes is the most entertaining show on television. He also believes it’s one of the most amusing, even if that perspective doesn’t find its way into a “Beautiful Death” illustration.

“I think it’s the biggest, most entertaining program on television,” Ball said. “I think it’s actually the funniest program, and I think that’s really what gives it the edge over all the programs of the same genre. It’s sometimes violent, gory, but its always tongue-in-cheek, and I like that. Tyrion in particular is hilarious.”

Ball also said he is careful not to put too many easily identifiable character faces in the posters — not only to make the artwork more mysterious and morbid, but so that he doesn’t spoil anything for those who haven’t yet seen the episode.

“The idea was that you should be able to see these images, and if you haven’t seen the episode they wouldn’t spoil what happens in the episode if you just see them for a split second,” said Ball, who noted that he does not receive any kind of “sneak peek” at the episode before it airs.

To read the full interview, go here. To see all of Ball’s “Beautiful Death” artwork, visit the website.